No More Junk in the Trunk
Comment of the Day

No More Junk in the Trunk by Eoin Treacy

As the high yield market has continued to strengthen, credit spreads have tightened to 381 basis points, which is near a 10-year low (credit spreads measure the extra amount of income required to compensate investors for default risk and are a common gauge for the overall health of the economy).

There are two ways to look at the current level of credit spreads. The first is an optimistic view which would suggests the bond market is not signaling any stress in the economy. Historically, tight credit spreads (smaller premium for default risk) have reflected economy strength and a reassurance that a recession in the near-term was unlikely. In previous recessions, credit spreads have widened prior to equities falling and have therefore been an informative leading indicator for the economy.

On the other hand, it’s easy to see why some investors have a more pessimistic view regarding tight credit spreads. Without lower coupon payments, there is a smaller margin of safety for default risk. In other words, investors aren’t protected as much in the event of a recession. Furthermore, with credit spreads near a 10-year low, it might seem like there is only one way for them to go, which is higher!

US high yields spreads have been inert for 18 months but in that time Treasury yields have risen quite considerably. What that tells us is the yield on junk bonds is also rising and the coupon demanded to attract investor interest is also higher. 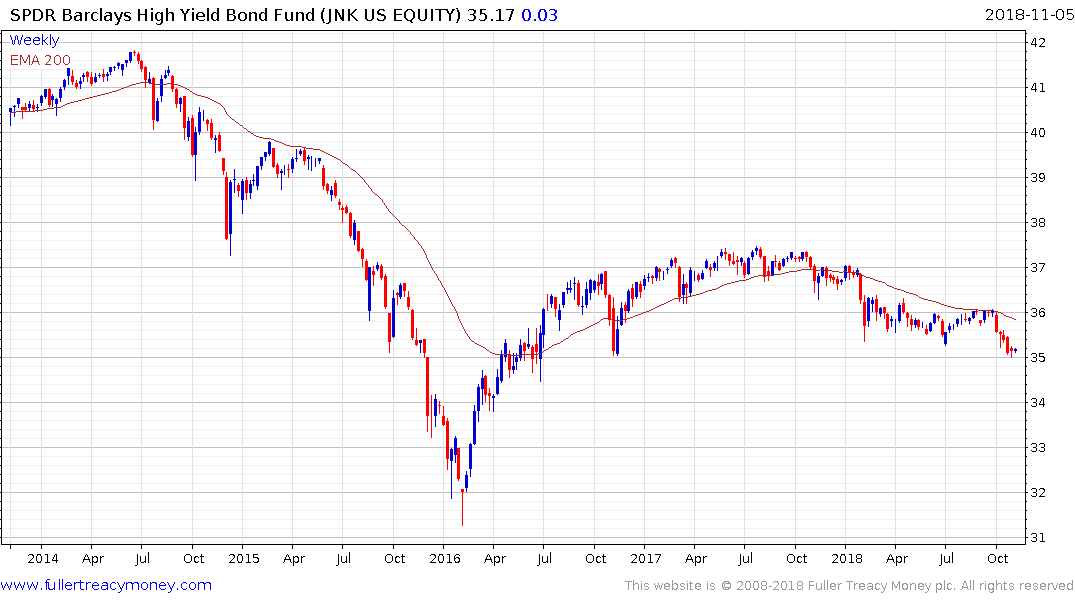 The total return of the SPDR High Yield ETF (JNK) highlights the fact the bulk of its performance occurred in 2016 and a significant loss of momentum is evident this year. The nominal price chart needs to hold a move back above the trend mean to question supply dominance. 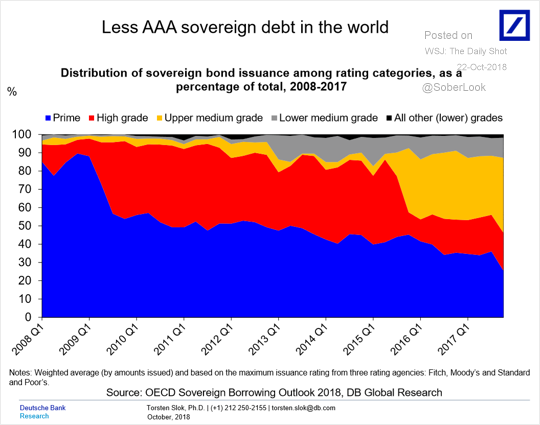 The bigger picture is the economic expansion over the last decade has resulted in a lot of companies that might normally have been considered junk to be upgraded to investment grade. The number of issuers in this low quality but investment grade sector has ballooned over the last few years. There is a realistic possibility that a significant sign of stress in the credit markets will be the swelling of the high yield sector when a large number of downgrades results in companies falling out of investment grade. That could be the catalyst to see credit spreads break out of their base formation.