Newcrest Mining Ltd. agreed to buy Pretium Resources Inc. in a cash and shares deal valuing the Canadian gold producer at about $2.8 billion, adding to a wave of consolidation in the sector.

Melbourne-based Newcrest will offer Pretium holders C$18.50 ($14.87) a share, a 23% premium to the target’s closing price Monday in Toronto. Pretium’s board has unanimously recommended the transaction, although it still requires the approval of two-thirds of the company’s shareholders.

“Our strategy is to specialize in low-cost, long-life and large-scale gold mines, and this is certainly that,” Sandeep Biswas, Newcrest’s managing director and chief executive officer, said on a media call. Adding Pretium, which owns the Brucejack operation close to Newcrest’s Red Chris mine in British Columbia, would immediately add more than 300,000 ounces a year of gold output, the company said, taking annual production to more than 2 million ounces.

Exploration and development is risky, expensive and time consuming. M&A by contrast is quick, the reserves are relatively well understood but the upfront cost tends to be headline grabbing. That’s why timing of purchases is so important. Miners have a long dismal history of paying record prices at market peaks. At least on this occasion Newcrest is buying Pretium after a good-sized shakeout. 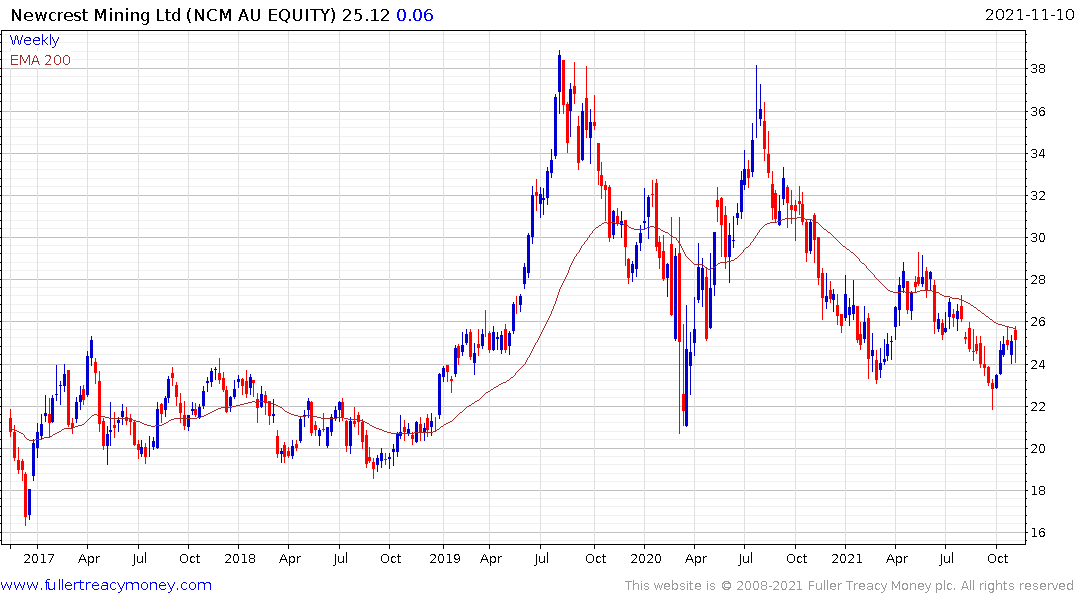 Newcrest is currently firming from the lower side of a more two-year range.

At the other end of the spectrum, the most attractive business model for explorers and developers is to proof up reserves abutting or in close proximity to existing mines. The risk of finding nothing is reduced and the resulting operation becomes an attractive prospect for neighbours to acquire. The close proximity of Pretium to Newcrest’s existing operations is a good example of that. 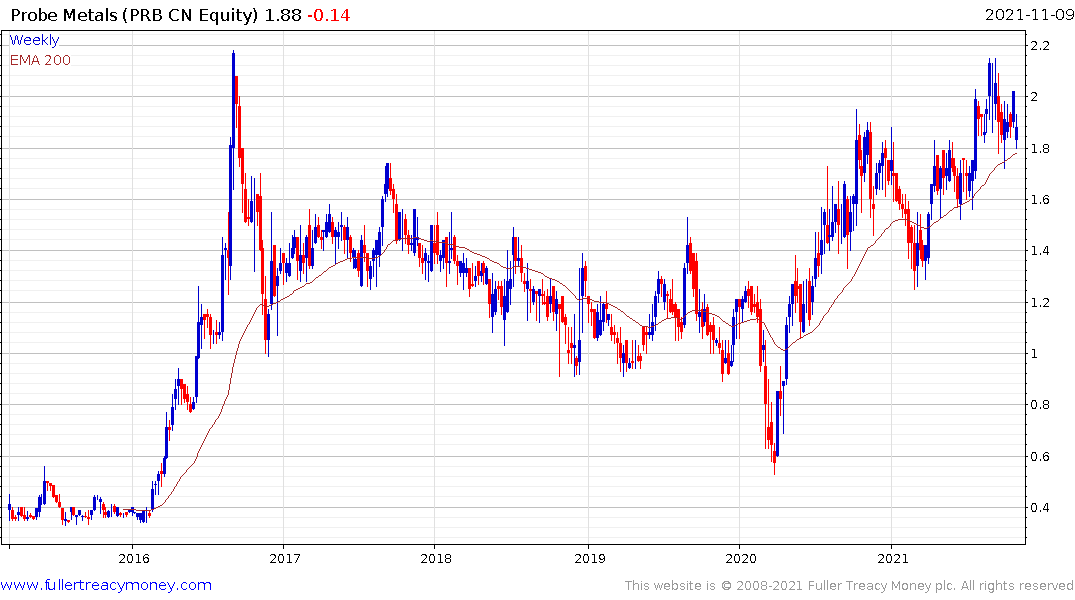 Probe Metals has followed a similar policy with its amalgamation of properties in the Detour Lake region of Quebec. The company has a fully funded $30 million drilling program underway and an experienced management team. Meanwhile Wallbridge has a much larger drilling program in the same area and released estimates of resource size yesterday. Both are potential acquisition targets for the regional heavyweight, Kirkland Lake, which has a well-understood requirement to replace reserves.

The share performance suggests Probe Metals more conservative drilling program is bearing fruit and the share is testing the upper side of the five-year range.

Wallbridge Mining is back testing its lows and will need to break the sequence of lower rally highs to confirm a return to demand dominance. 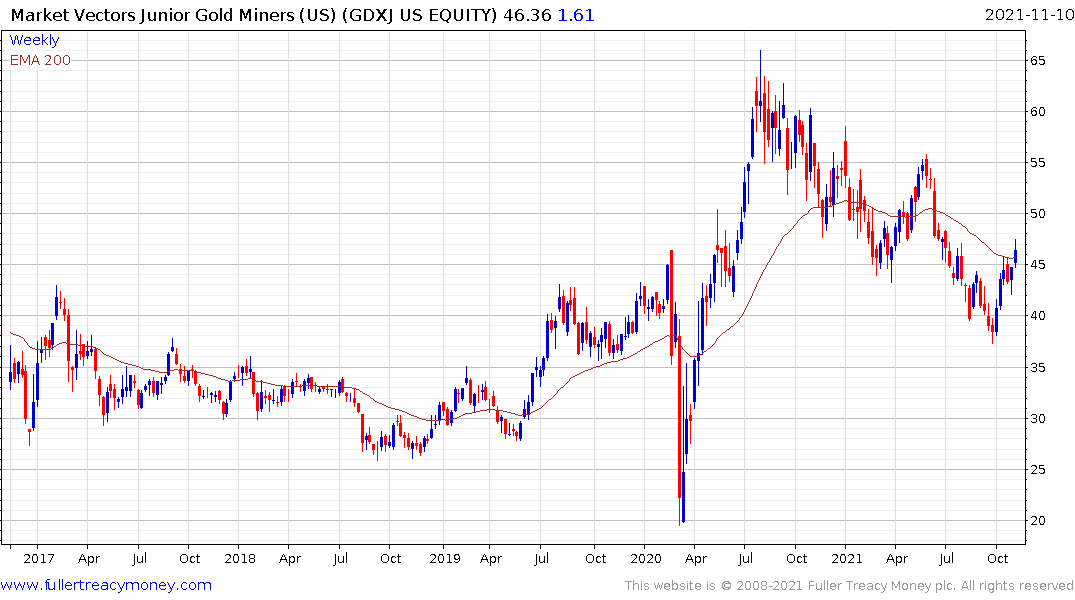 The VanEck Junior Gold Miners ETF bounced from the upper side of the base formation last month and broke back above the trend mean today.