About $81 million ended up in the Philippines and most has disappeared. Philippine authorities have accused a branch manager at Rizal Commercial Banking Corp. of laundering money, a charge she has denied. Another $20 million sent to Sri Lanka was returned by Pan Asian Banking Corp. after it spotted a spelling error in the beneficiary’s name and flagged that to Bangladesh authorities.

The suspect transfers were made on Thursday, Feb. 4. Bangladesh’s central bank -- with limited staffing on the Friday-Saturday weekend -- didn’t detect the fraud until two days later, in part because of a printer error. It also received two SWIFT messages from the New York Fed dated Feb. 4 “mentioning about ‘doubtful’ Payment Instructions," according to the document.

On Feb. 6, a Saturday, Bangladesh Bank immediately contacted SWIFT about the issue and was advised to “cordon off" the local server while damage assessments were carried out, according to the document. Bank officials also called the New York Fed on a phone number that appeared on its website, but couldn’t connect with anyone, it said. Central bank officials sent four e-mails and a fax to the New York Fed to try and get them to stop payment, it said.

This is one of the most high profile cybercrime attacks I’ve heard of and demonstrates that the issues are real, anyone can be targeted and the defensive capabilities of major organisations require a great deal of attention. 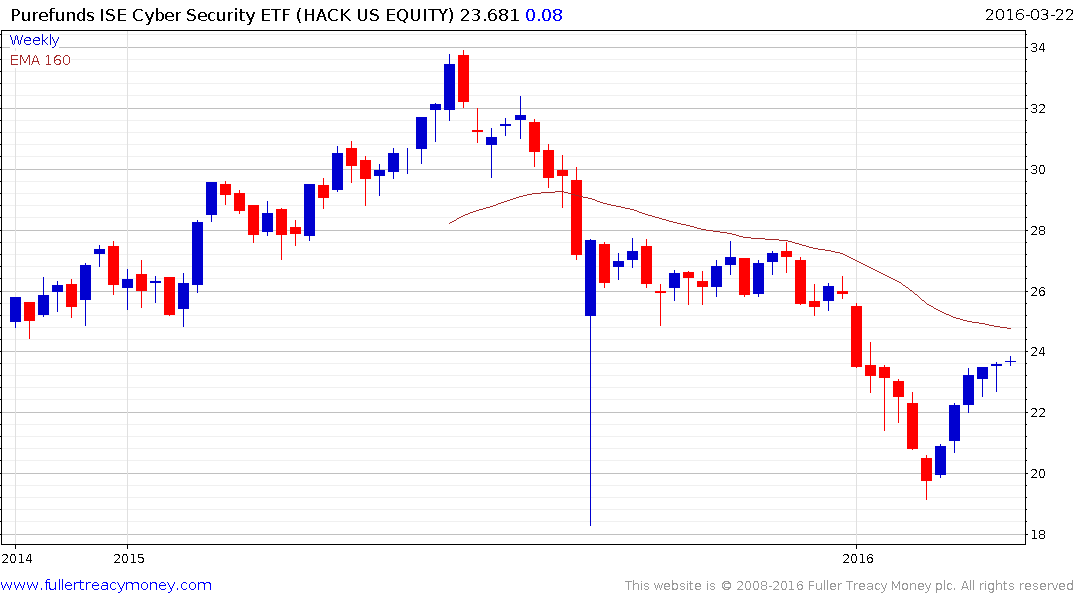 The Purefunds ISE Cyber Security ETF is representative of the patterns evident in at least half of the sector. It has retraced the majority of its oversold condition relative to the trend mean and has developed a short-term overbought condition in the process. It needs to at least hold the low near $19 on a pullback and sustain a move above $24 to break the almost yearlong progression of lower rally highs.

Two larger companies notable for their relative outperformance are IBM and Cisco Systems. 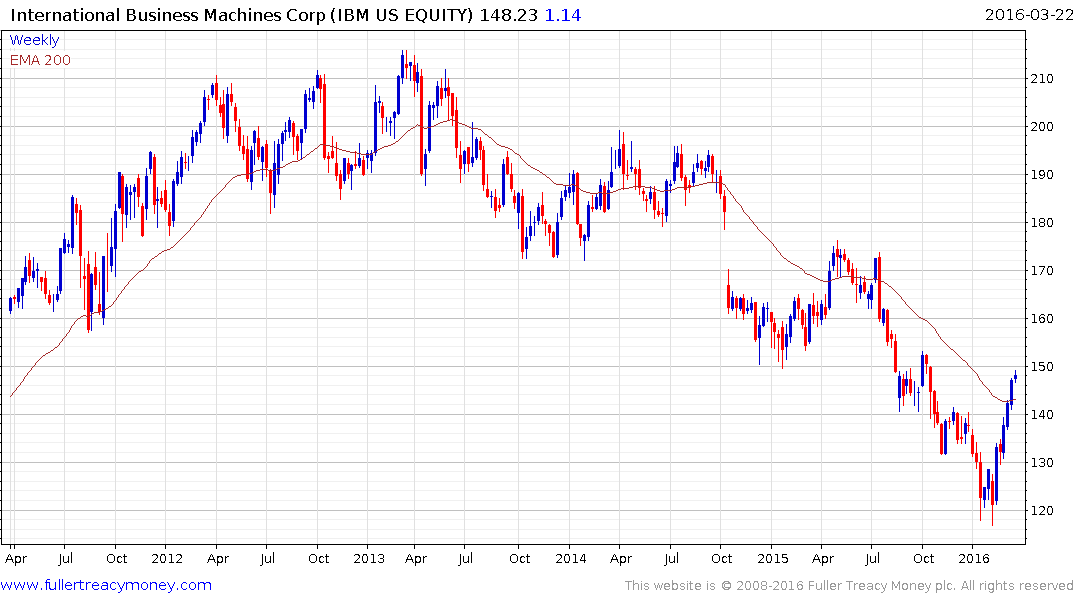 IBM trended lower from early 2013 but found support near $120 from early January and has now rallied to push back above the 200-day MA. There is scope for some consolidation but a sustained move below $130 would be required to question recovery potential. 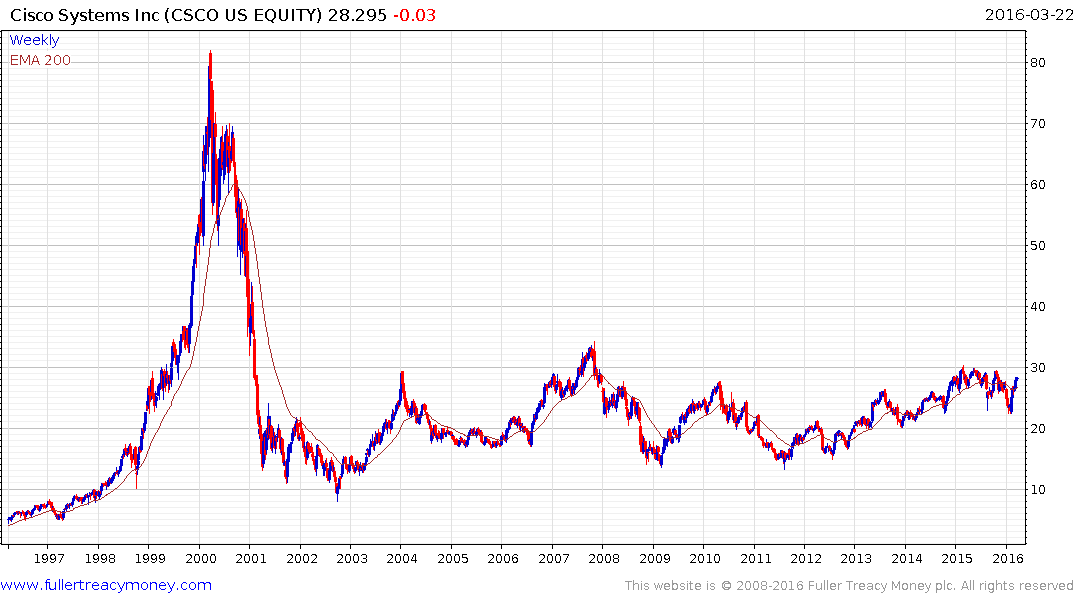 Cisco Systems has rallied back to test the upper side of a yearlong range and while somewhat overbought in the short-term it has ample room in which to consolidate. A sustained move above $30 would complete the 15-year base formation.