“The weight of responsibility is heavy,” Mitsotakis said in his victory speech in Athens Sunday night. “I assume the burden with complete awareness of the situation the country is in.” Greece’s economy expanded 1.9% in 2018 and is on track for about 2% growth this year. Since Mitsotakis’s victory in the May 26 European Parliament elections, the Athens Stock Exchange general index has risen more than 20%, while yields on 10-year bonds have fallen to record lows. Greece is planning a new bond sale by the end of the month to capitalize on that momentum to secure sustainable access to financial markets that was lost in 2010

Greece has exited its assistance program and has benefitted from some debt forgiveness. The rationalisation of the economy remains underway and significant asset sales have occurred so the new administration does have some leeway in which to move. Perhaps the most important development is the replacement of a leftwing populist with the market friendly administration. That could be particularly beneficial in a recovery scenario. 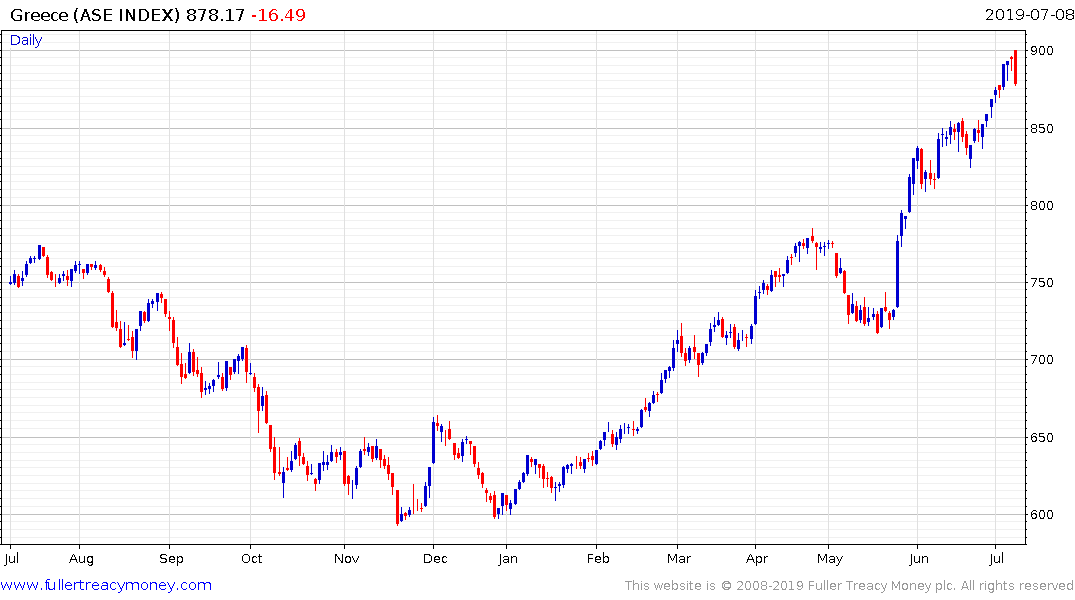 Greece rallied impressively in the run-up to the election but pulled back today on a sell the news basis. Some consolidation of recent gains now looks more likely than not, but a sustained move below the trend mean would be required to question the medium-term recovery. 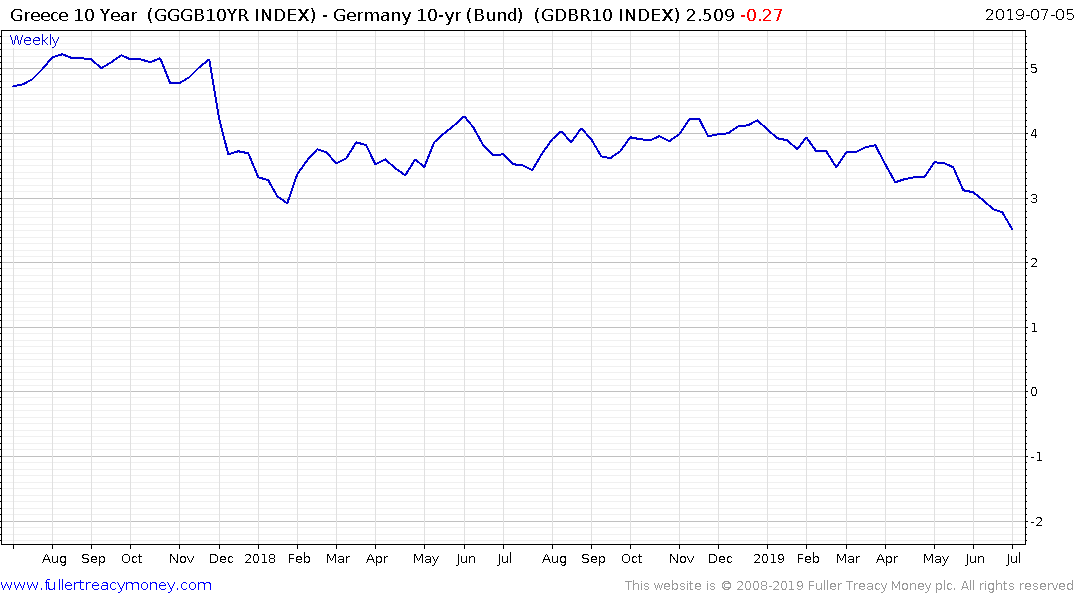 Greece’s 10-year is rallying but is still trading 250 basis points above German Bunds and provided the country continues to remain on a recovery trajectory that has room to contract further.