If genetic editing wasn’t crazy enough for your reality, a recent breakthrough in CRISPRtechnology has paved the way for editing entire gene networks in a single step.  While this discovery will likely shorten the timeframes required for finding cures for deadly illnesses, it can also bring us closer to threats of bioterrorism.

Scientists at ETH Zurich recently published a new CRISPR technique in Nature Methodsthat removes one of the most significant limitations of the technology.  Prior to this discovery, the process could only target a single gene for editing.  The ETH scientists now managed to target 25 at once and believe that, theoretically, this method could target hundreds.  Here’s how they describe the process:

An improvement of 25 times in one iteration is a further example of the exponential growth in the biotechnology sector. The pace with which genetic sequencing prices have collapsed far outpaced that of Moore’s Law and it is looking increasingly likely that genetic editing is following a similar trajectory. 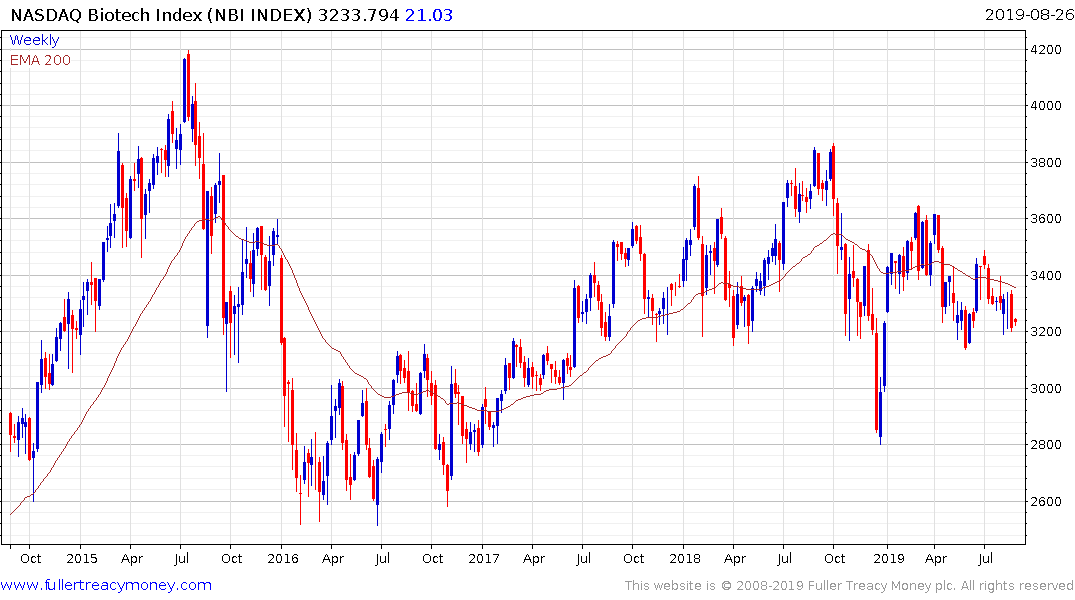 The Biotechnology sector is benefitting from that trend but is also dealing with the political challenge posed by the rise of populism and the drive to combat rising medical care costs. The Index’s range over the last year has a rounding characteristic consistent with type-3 top formation development and the 3150 level is the neckline for that pattern.