For Nestle SA, life at the top of the $81 billion coffee market just got more difficult. The world’s biggest coffee maker, which derives about a fifth of its $100 billion in sales from java, faces a new number two after Mondelez International Inc. agreed to combine its coffee unit with its D.E Master Blenders 1753 BV. The new company, Jacobs Douwe Egberts, is the latest step by Master Blenders owner JAB Holding Co. to create a caffeine-fueled global powerhouse in one of the few vibrant areas of the $1 trillion food and beverage sector.

That creates headaches for Vevey, Switzerland-based Nestle, whose coffee business has slowed of late after driving revenue and margin expansion for much of the past decade. Sales growth at the unit that includes most of the coffee portfolio has halved, while the single-serve Nespresso division has lost market share to copycats in Europe and failed to make a dent in the U.S.

“Nestle now has proper competition just at a time when they’re struggling,” Jonny Forsyth, an analyst at Mintel, said in a phone interview. “They should be worried.” Nestle declined to comment on the new company.

The combination is the largest in an industry that has rapidly consolidated in the past five years, with more than 100 deals worth almost $23 billion, according to data compiled by Bloomberg. The largest of those deals was Master Blenders takeover by JAB last year.

In many respects coffee is a beverage consumed by the middle classes. Consumption has increased over the last decade and is likely to increase further. The consolidation of the sector suggests that related companies are well aware of this fact and they have been competing to gain the critical mass necessary for global expansion.

Mondelez International’s partnership with D.E Master Blenders can be viewed as a positive for both companies. Quite how much of a threat to Nestle it represents remains open to question. After all, it might be competitive but the sector remains on a strong growth trajectory. 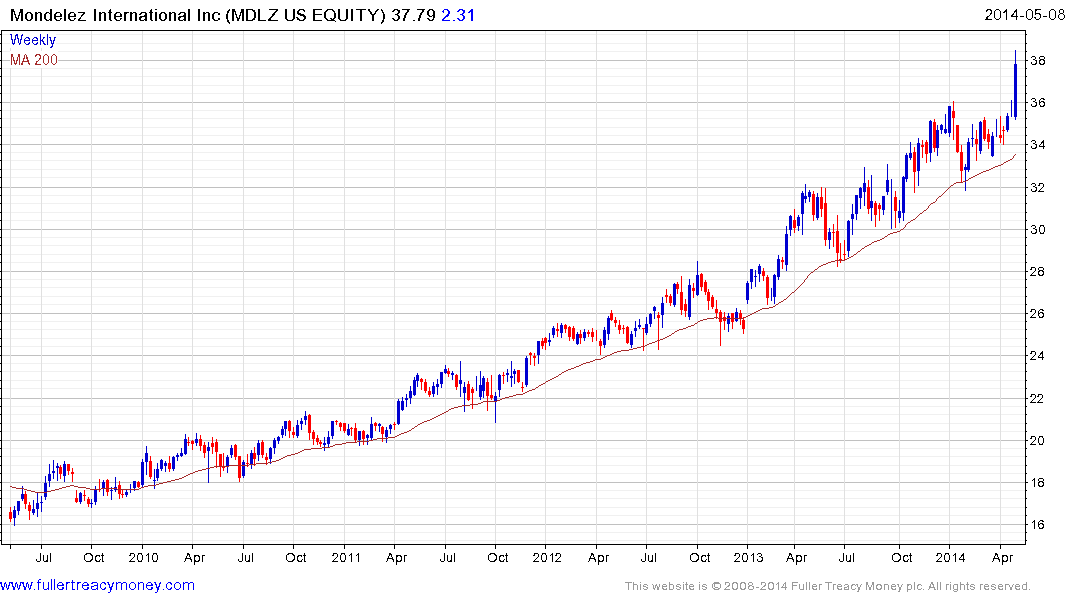 Mondelez International (Est P/E 21.95, DY 1.49%) has reverted towards the mean following every overextension in the course of the five-year uptrend. If the trend is to remain consistent, the current more than 10% overextension will also be unwound. 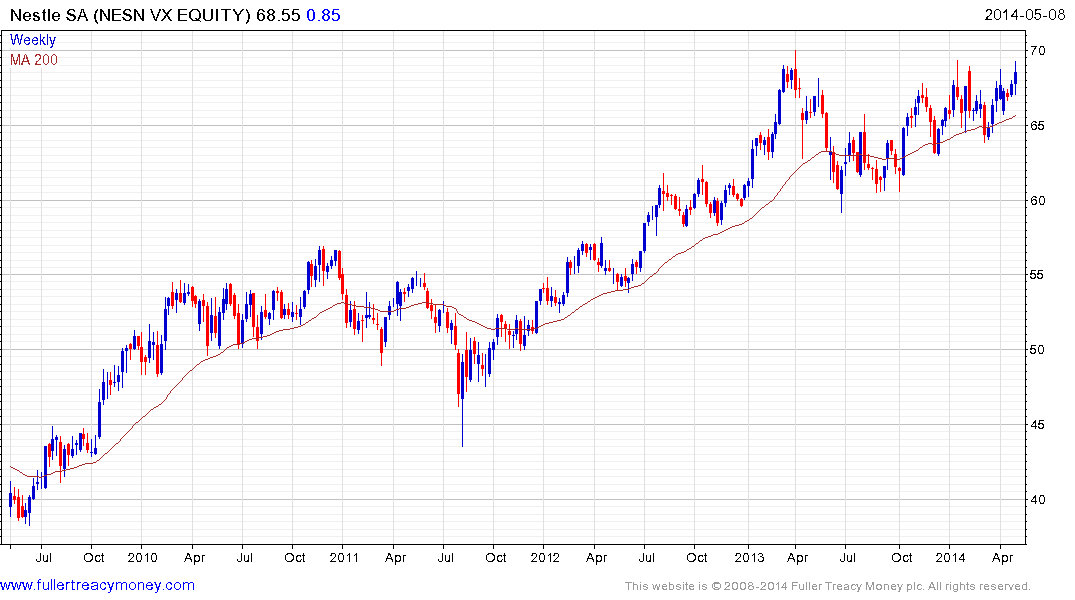 Nestle (Est P/E 19.61, DY 3.14%) has been largely rangebound since hitting a medium-term peak a year ago. It has ranged steadily higher since July and is now retesting the CHF70 area. A sustained move below CHF65 would be required to question medium-term scope for a successful reassertion of the medium-term uptrend. 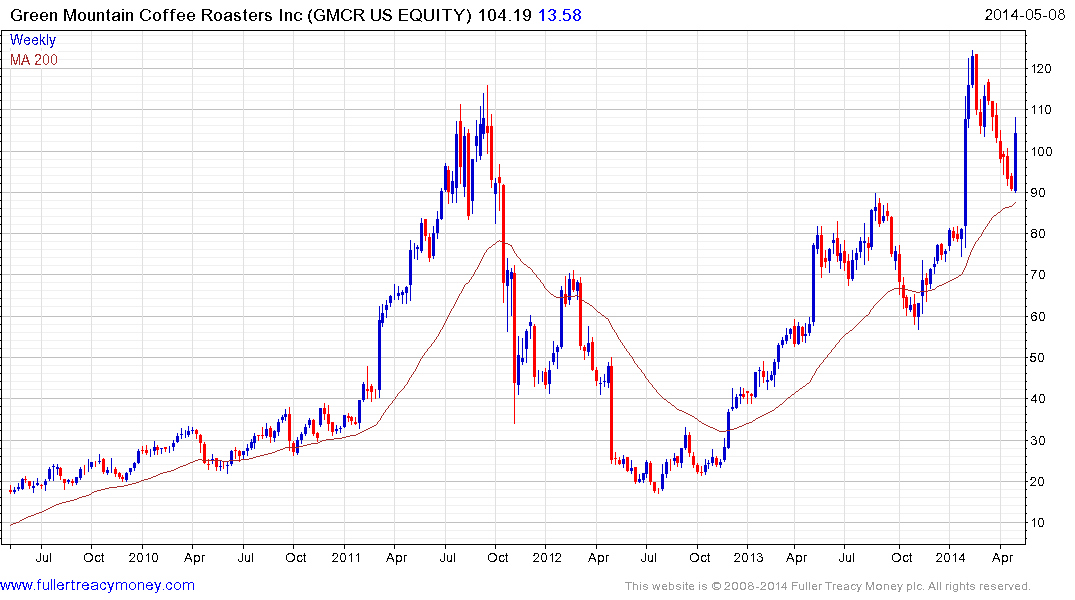 Keurig Green Mountain Coffee (Est P/E 27.88, DY 0.96%) is smaller and more volatile than either Mondelez or Nestle. Its agreement to sell machines through Starbucks has been positive and represents a growth avenue for the business. The share rallied to a new high by February but pulled back over the last few months to test the region of the 200-day MA. It rallied impressively yesterday on better than expected earnings and a sustained move below $87 would be required to question the consistency of the medium-term advance.