Negative Interest Rates: A Tax in Sheep's Clothing
Comment of the Day

But a negative interest rate is just a tax on the banks’ reserves. The tax has to be borne by someone:

The banks can choose not to pass it on and just have lower after-tax profits. This will depress the share price of banks and weaken their balance sheets by having lower equity values.

The banks can pass the tax onto depositors by paying a lower interest rate on deposits or charging them fees for holding the deposits. In either case, depositors have less income to spend on goods and services.

The bank can pass the tax onto borrowers by charging them a higher interest rate on a loan or higher fees for processing the loan. In either case, it is more costly to finance purchases of goods and services by borrowing.

None of this sounds very “stimulative” for consumer spending. But then, no tax ever is.
Negative Interest Rates in Other Countries

What has happened so far in countries that have tried negative interest rates? The figures below provide answers. As seen in the first chart, bank stock prices have definitely taken a hit. After initially continuing their downward trends, interest rates on mortgages have now risen in Germany and Switzerland (the second chart). Banks have been very reluctant to charge negative deposit rates for fear of a backlash from customers (the third chart).

The ECB announced a two-step shuffle, when it implemented its negative interest rate policy, in order to mitigate the effect it would have on the banking sector. However there is no getting around the fact that negative interest rates are going to be borne by someone and that consumers are unlikely to benefit in that scenario.

Banks remain in a tight position because they are inhibited from raising fees on consumers because no one would be willing to deposit money and pay for the privilege, yet that is exactly what central banks are demanding from banks. At the same time central banks might wish to get the flow of credit moving again, through greater loan origination, but bank balance sheets are still under pressure. Their ability to lend is hardly being helped by negative interest rates. This is as true of Europe as it is of Japan.

The number of banks still listed in Europe has decreased substantially since the beginning of the credit debt crisis. The primary response of governments has been to nationalise banks with the result that only three German banks for example are still listed and one of those is the post office. So far, very few have been relisted so ABN AMRO is worth monitoring. It has been recapitalised and the valuation at an Estimated P/E of 9.64 and yield of 2.38% is undemanding. However the business model is in no way insulated from the issues discussed above. The share has been mostly rangebound since its IPO in November but it will need to hold the €18 area during the current pullback if potential for additional higher to lateral ranging is to be given the benefit of the doubt. 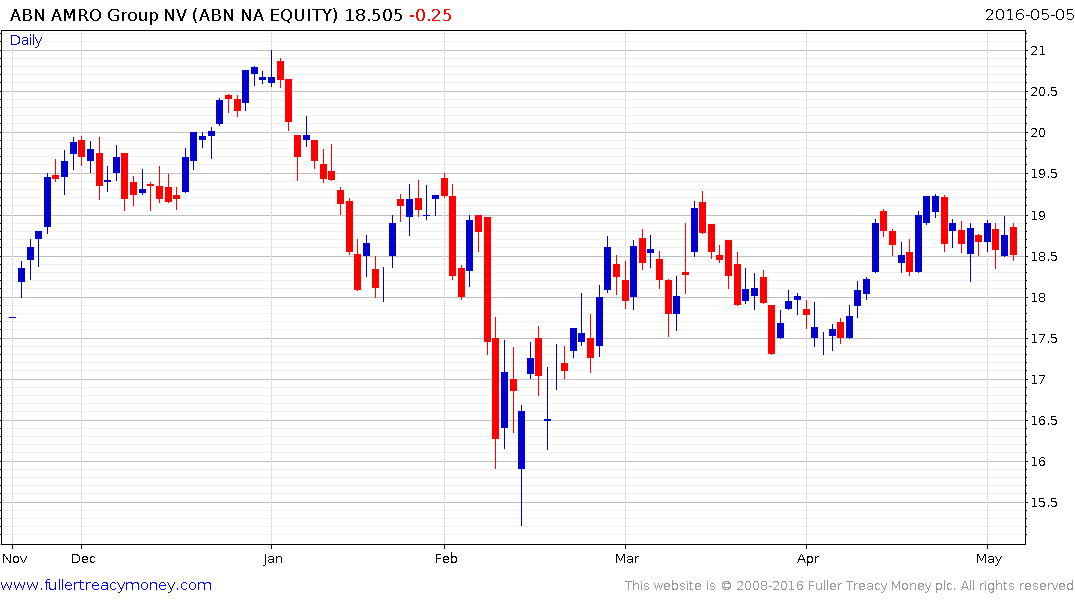 The Dow Jones Euro Stoxx Banks Index is barely steady as its tests the region of the 2009 and 2011-’13 lows. The internal dynamics of the short-term range are bearish and it will need to continue to bounce from the 90 region if support building is to be given the benefit of the doubt. 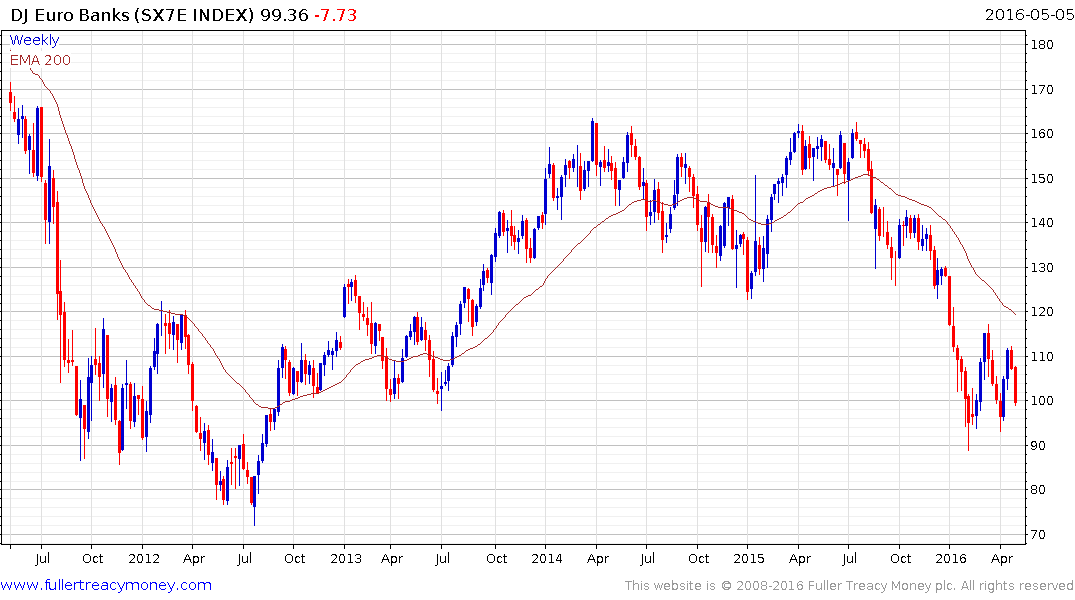 The Topix Banks Index exhibits a similar volatile trading pattern over the last few months and it will need to hold the low near 130 if the current range is to be considered support building. 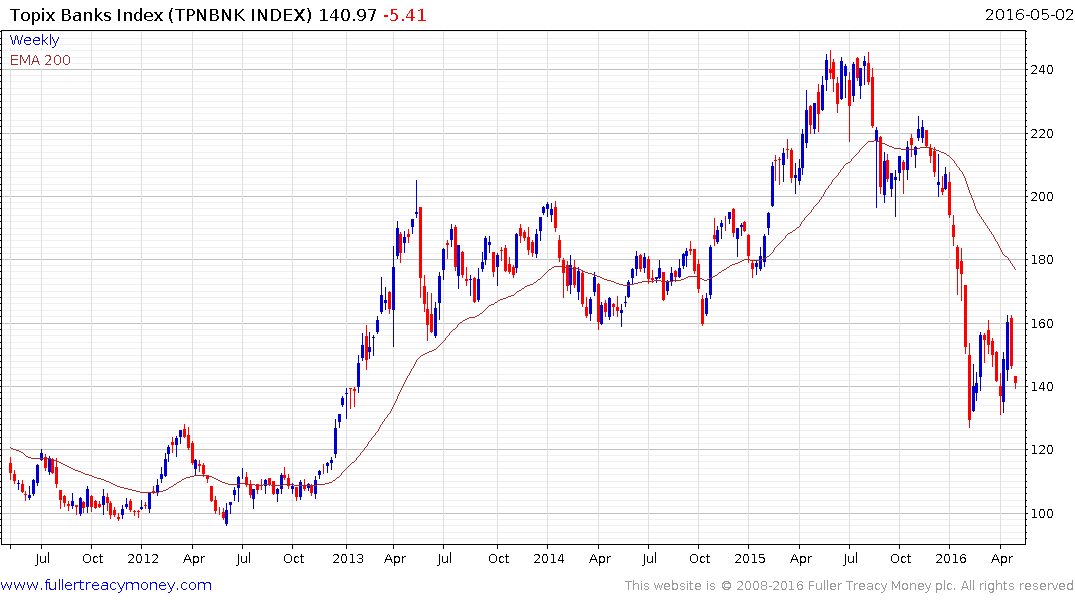