Musings from the Oil Patch October 24th 2018 by Eoin Treacy

The latest map (generated in early October) shows that natural gas combined cycle is the cheapest technology for large swathes of the eastern and western regions of the United States (light brown).  This conclusion is true even at a natural gas fuel cost of $5.07 per million British thermal units (MMBtu).  Solar PV is the cheapest power for most of Arizona, Colorado, Wisconsin, Minnesota and Missouri (purple).  Wind provides the cheapest power for much of the central U.S., New York, and small swathes of Appalachia (green).

What is most enlightening is a similar map showing the cheapest technologies based on current natural gas prices (in this case, $3.24/MMBtu).  In contrast to the previous map, this one shows natural gas winning in Arizona, much of the Panhandle of Texas, most of Oklahoma, and nearly half of New York.  The latter is amusing as Governor Andrew Cuomo (D) has banned the development of natural gas resources in the state by fracturing, including blocking new and expanded pipelines crossing the state to haul gas to New England.

The significance of these two maps, especially the one utilizing current natural gas prices, is that natural gas wins in the battle to be the cheapest source of electricity in almost every region where solar and wind power are being forced into the grid via government mandates and/or subsidies.  An argument for emphasizing wind and solar is the significant declines in their capital costs – an 80% drop in the cost of solar panels in recent years, for example.  The reality is that when based on more precise cost data for building new power plants, wind and solar prove to be less competitive than touted by environmentalists and politicians.  Quite possibly, the message delivered by these maps is what is prompting the growing attacks against increased use of natural gas as a “bridge” fuel to a cleaner energy world.  A truly competitive playing field for power fuels would leave renewables with a much smaller national footprint.  That might be an outcome utility customers would welcome.

There is a broader question that has been largely left unasked by the investment community. Renewables are improving in cost and efficiency but they have not reached a point just yet where they are competitive with what are conventional sources. Even with the best of intentions there is no getting around the fact that the sun does not shine at night and there are plenty of days with no wind. Batteries are improving all the time but we are not at a point where back up fossil fuel supply can be closed and it could be years before that is the case. However, that is not the question I am referring to.

The much biggest question is the fact that car companies don’t make money from electric vehicles and yet they are plowing ahead with massive capacity growth plans in the aftermath of the diesel cheating scandal. Is it blind faith in technology that is leading to the belief they will be achieve profitability through scaling production? Or does this mean that ultimately cars will be more expensive rather than cheaper?

Diesel is dirty, there is no getting around that fact, but the cars are reliable and last a lot longer than petrol cars. Meanwhile the resale value of electric vehicles is terrible because of steep depreciation owing to the life cycle of batteries. Tesla might eventually go bankrupt but the other auto manufacturers are not in a much better position and at least Tesla already has a battery factory at its disposal. 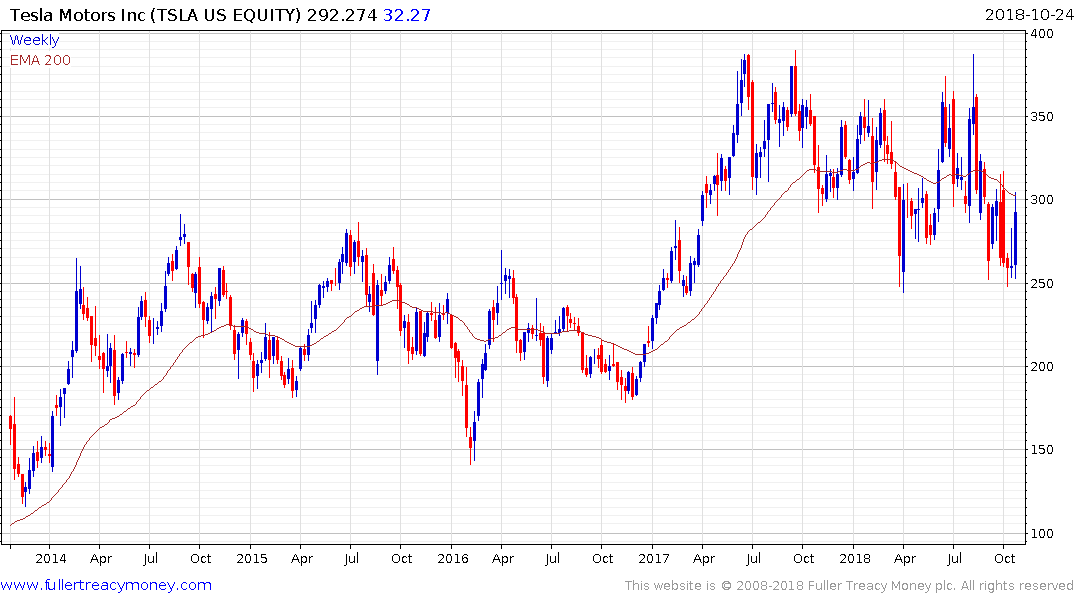 Tesla bounced yesterday from the lower side of its range but it has a growing position in a market segment that is shrinking. Meanwhile companies like Ford are building the cars people actually want to buy; SUVs and make good margins on them. 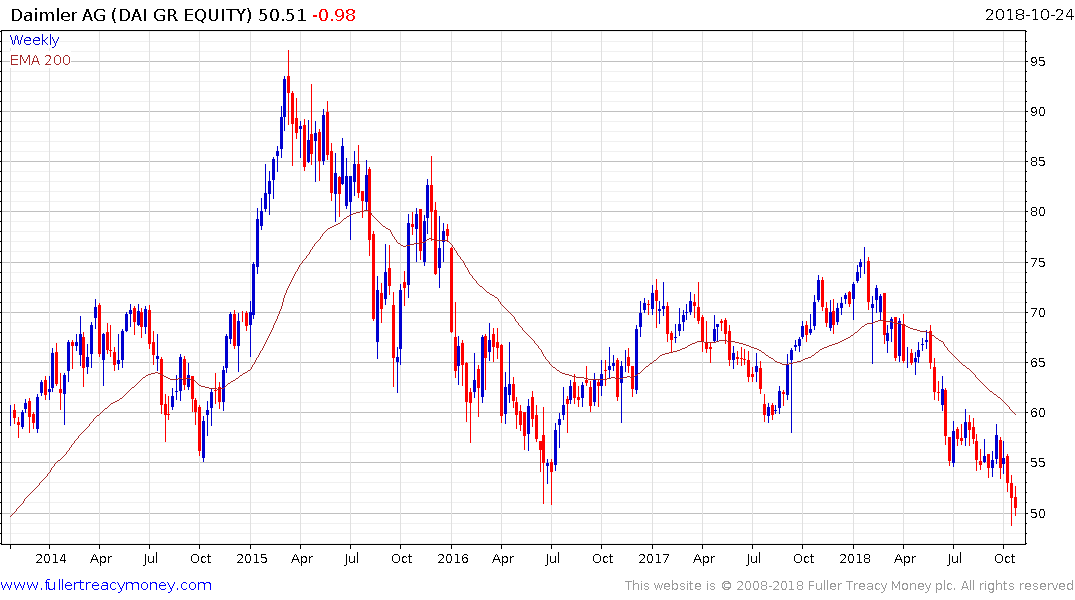