Musings from the Oil Patch October 12th
Comment of the Day

Musings from the Oil Patch October 12th by Eoin Treacy

The authors of the paper drew this key conclusion from their research.
The downward trend observed in the windiness indices for the period 1990 to 2005 is also reflected in the North Atlantic Oscillation, Grosswetterlagen and Jenkinson Lamb data. However, these proxies for wind speed indicate that there was an upward ‘blip’ in wind speeds centered on the early 1990s, which suggests that this recent downward trend in mean annual wind speed may represent a return to the longer-term mean. It is therefore concluded that a continued ramp down of future wind speeds should not be assumed. This is also supported by the increase in annual wind speeds in recent years as displayed in Figure 1 (our Exhibit 18, page 20).

It is important to note that this paper was published at a time when there were concerns about a continuation of the declining wind performance, especially as European governments were pushing utilities to embark on a massive buildout of wind generating capacity. The authors offer the conclusion that the post-2003 wind performance was a return to the long-term average wind speed and an end to the relentless decline of prior years. The conclusion we draw, however, is that even if Europe’s wind speed returns to its long-term average, the continent may experience future periods of wind speed resembling the 1990-2003 span when it was in a broad downward trend. That potential, something we have not heard discussed during the wind generation buildout in recent years, suggests wind energy dependency may put utilities at greater risk of stillness than considered in their planning.

The more that European countries come to depend on wind power for running their economies, the possibility of extended wind speed declines and increases in lulls means utilities will be scrambling more often to find backup power. Will they rely on huge batteries, or more fossil-fuel plants? Does this potential stillness risk increase the pressure on governments to allow utilities to keep their nuclear power plants operating, or even to begin building new ones? These are questions politicians and the public need to consider and answer, so energy planners can move forward. We have yet to see discussion of stillness as a potential long-term cyclical challenge for wind power, and in turn, Europe’s electricity grid. Maybe it is time for that discussion to begin.

One would think that the question of wind variability would be central to planning for the making significant investments in renewable energy infrastructure along most of the European and North American coastlines. Regrettably, there is not enough long-term data to make such predictions and the recent experience highlights the difficulty in predicting patterns with partial data at best.

None of that seems to be getting in the way of plans to expand wind turbine installations. The Biden administration released plans yesterday to sell leases for much of the continental coastal waters which would represent a massive increase in building offshore monoliths.

The slowdown in the Chinese construction sector is often cited as a reason to be bearish of industrial metals demand. China consumes about a third of total copper production annually so a slowdown has the capacity to impact demand growth. However, every new wind turbine requires tonnes of copper and there are significant plans to build. 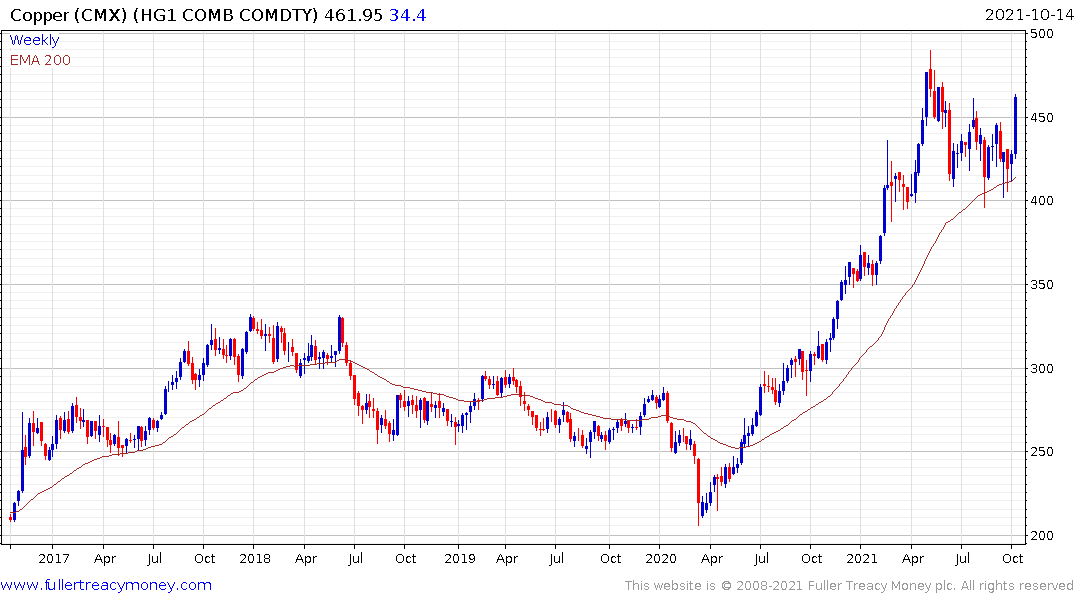 Meanwhile copper prices continue to recover and improved on yesterday’s rebound to break the short-term sequence of lower rally highs. A sustained move below $4 would be required to begin to question medium-term scope for continued upside. 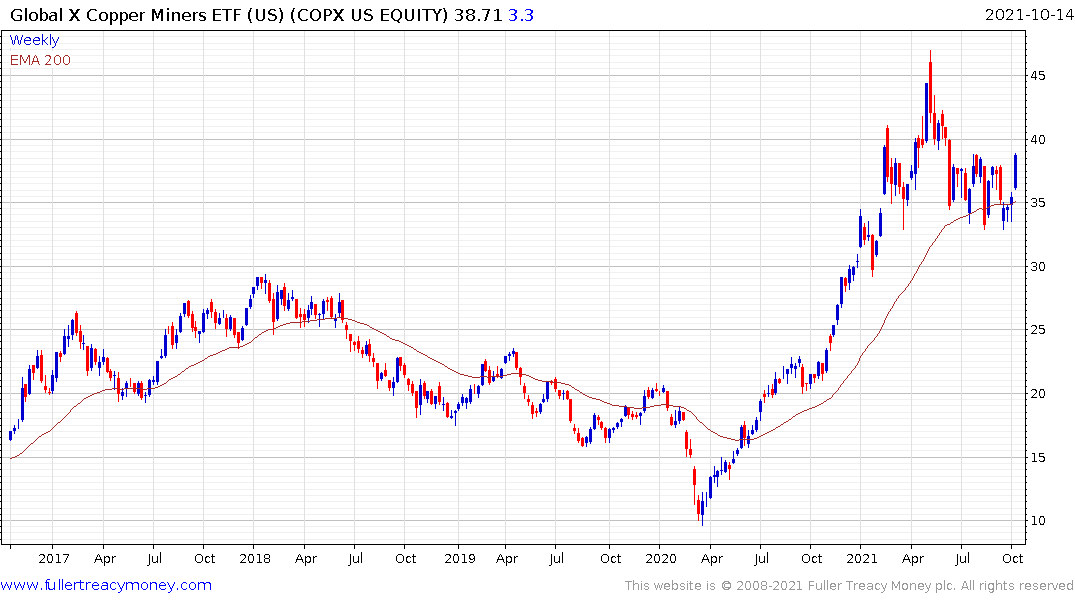 The Global X Copper Miners ETF continues to rebound from the region of the trend mean. 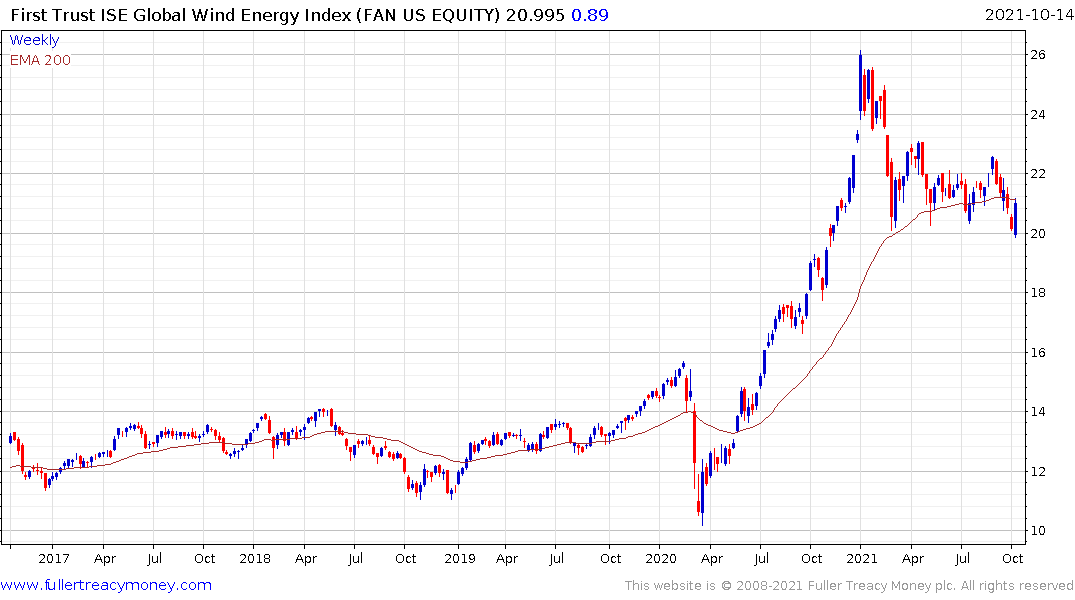 The First Trust Global Wind Energy ETF is also firming from the region of the trend mean. 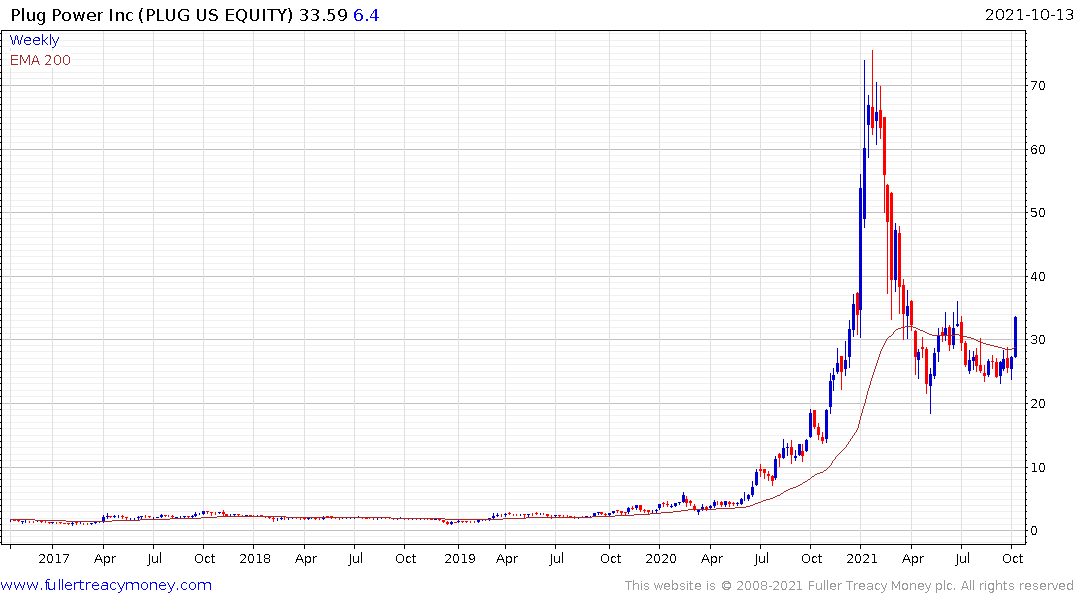 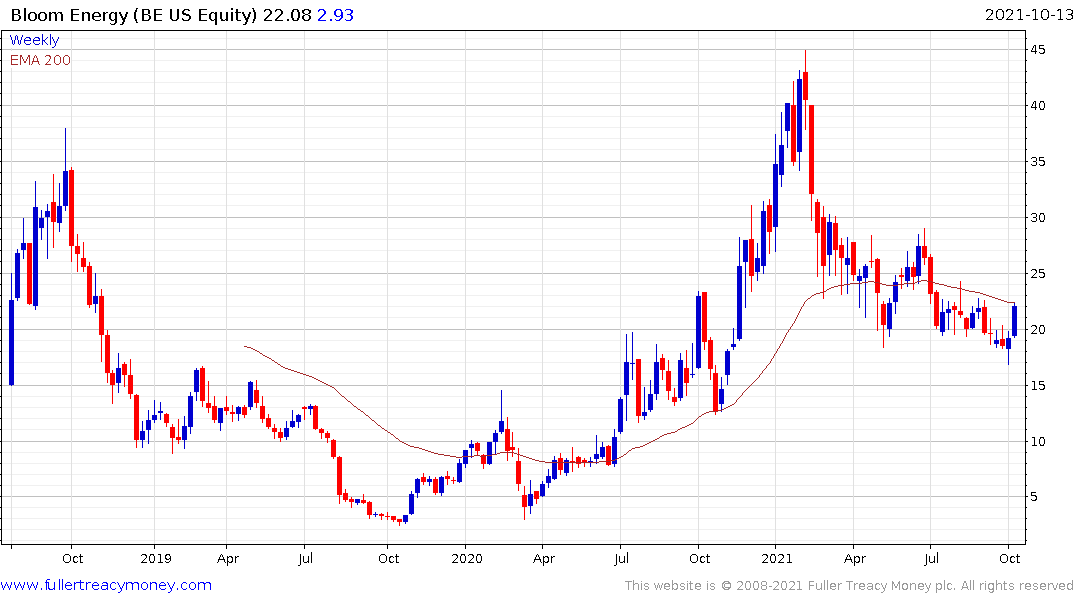 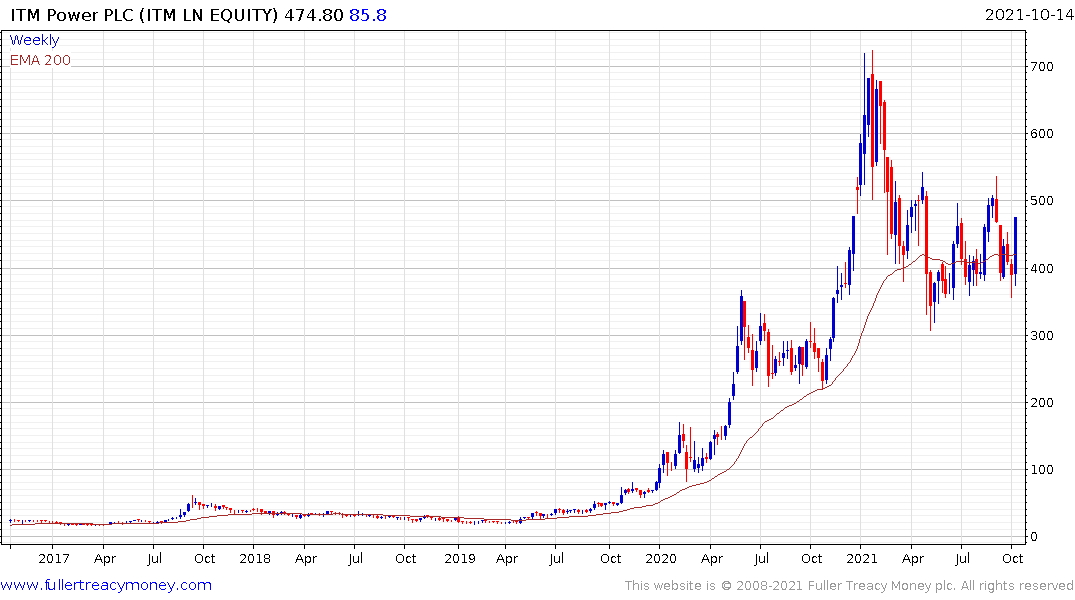 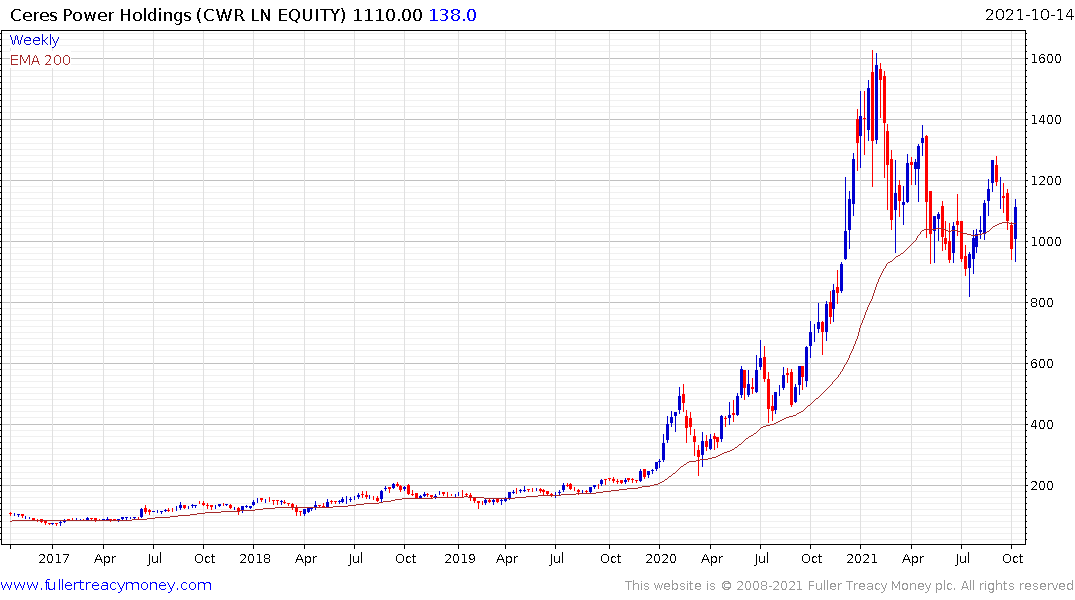 Commonality in the hydrogen sector was also strong today with Plug Power, Bloom Energy, ITM Power and Ceres Power all firming from their respective trend mean.