“The MSCI decision signals that China remains a closed emerging economy that uses market techniques like freezing the market and making it illegal to short, using government funds to buy shares -- techniques that are not welcome among global investors,” Paul Christopher, head global market strategist at Wells Fargo Investment Institute, said by phone. “There are a number of market reforms in progress, but these are the decisions MSCI would want to wait for and examine.”

MSCI’s ruling won’t affect the nation’s capital market reforms, Deng Ge, a spokesman for the China Securities Regulatory Commission, said in a statement on the regulator’s website. Indexes that don’t contain A shares are incomplete, according to the statement.

The fact Chinese indices both on the mainland and in Hong Kong had been declining ahead of the decision suggests investors were not pricing in the possibility that MSCI would decide in China’s favour. However what does appear to have happened today is that support was provided to the Chinese market in order to forestall any additional selling pressure in response to the announcement. 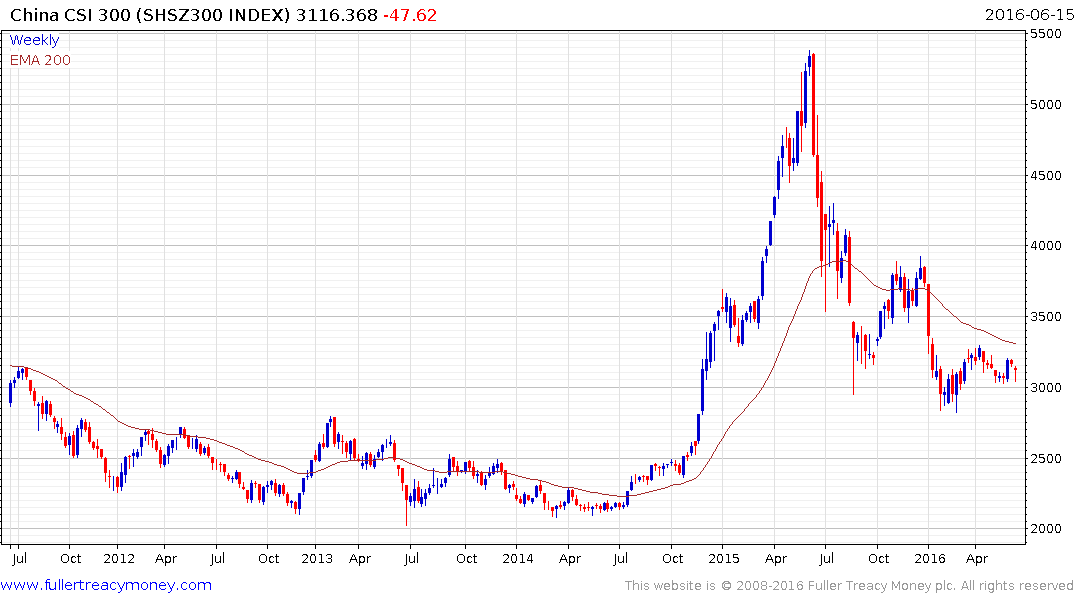 The CSI 300 has been ranging mostly above 3000 since late last year and bounced from that area again today. The last thing the Chinese administration wants is a return to the volatility that occurred last year, not least because that would further damage the market’s appeal to major index providers. However a catalyst is likely required to stoke investor interest if the developing range is to be resolved on the upside.