Denmark introduced negative rates in 2012 as investors seeking refuge from Europe’s debt crisis piled into AAA-rated krone assets, threatening to destabilize the country’s euro peg. Back then, when Nodgaard was head of the Financial Supervisory Authority, he said negative rates were unlikely to hurt banks since lower impairments would offset a decline in interest income.

But no one expected negative rates to last this long. While banks initially benefited from lower impairments and inflated asset prices, their business models are struggling to withstand persistently low rates.

Last year Denmark’s banking and mortgage industry reported its lowest operating profit in at least five years, while return on equity hit a three-year low. Some banks are now looking into passing on the cost of negative rates to retail customers, broaching a subject that was once considered taboo.

Ben Bernanke’s fateful words “Deflation, making sure it doesn’t happen here” must be ringing through the halls of central banks the world over as $15 trillion in negative yielding bonds are pricing in a deflationary spiral the like of which the world has seldom seen. What Denmark’s experience with negative rates tells us is that traditional banking is doomed without some form of exaggerated assistance from the government. Perhaps more importantly, once accepted negative rates seem like a hard habit to kick.

The reality is there are ways to move interest rates off of zero but they are completely politically untenable at the moment. The big question is what has to happen to make those solutions realisable. A recession is one potential outcome. A war is another. Helicopter money, universal basic income, debt forgiveness or a debt jubilee would all function as massive inflationary forces that could help to change the debt metrics. 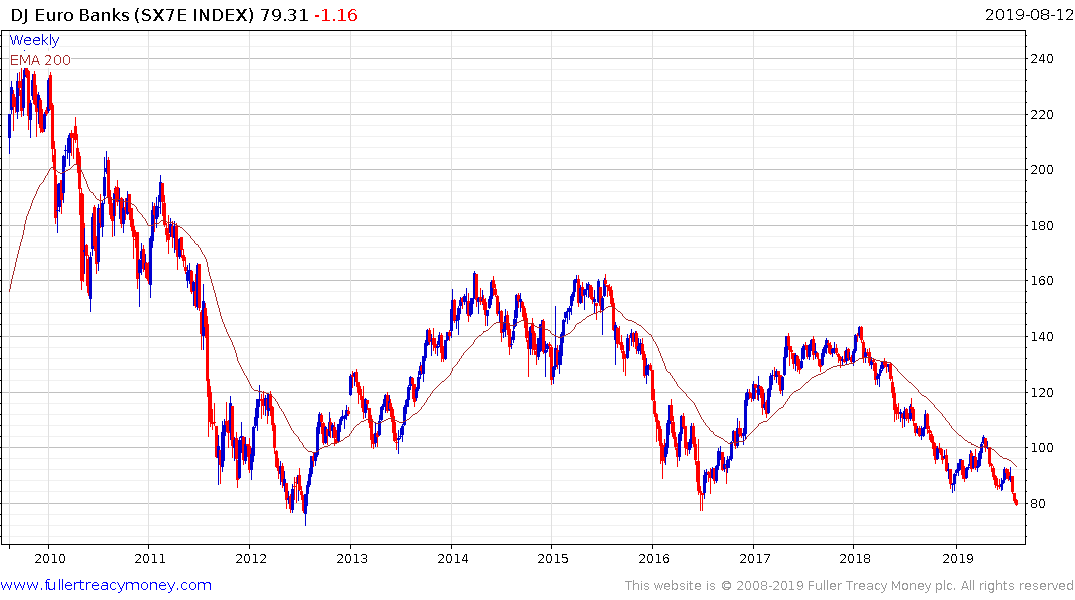 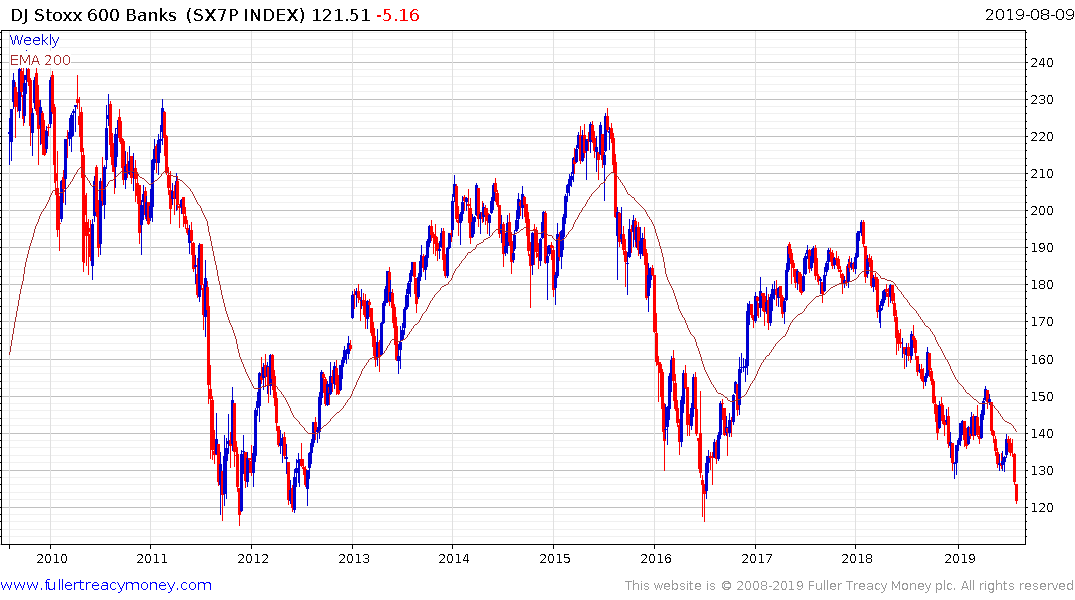 Until then banks are likely to remain underperformers. The Euro STOXX Banks Index remains in a downtrend and its pan-European equivalent is testing the lows for the decade.