While it is true by some measurements that the equity markets are expensive on a historical basis, the Price Earnings measurement may not be as good a measurement as it has been in the past. Indeed, because of the way the tax code for corporations is written as it relates to the deductibility of debt, companies are going to be accelerating their depreciation and amortization as quickly as possible. To me, this fundamentally shifts the argument about the P/E valuation of the domestic market because if companies are intentionally accelerating the depreciation of non-cash items, historical valuations go out the window. Further, there has been a tectonic shift from tangible assets on corporate balance sheets to intangible assets, which cannot be put on corporate balance sheets. So what’s an intangible asset? Well, Facebook has 2.2 billion imbedded users; what are they worth? They're worth a lot, but can’t be put on a corporate balance sheet as an asset. By definition, intangible assets should command a higher valuation metric than the historical norm.

We think a lot of investors are missing this revaluation point. Verily, if you don’t change your metrics for the changing causal relationships you are doomed!

As for the here and now, the buying stampede continued yesterday, bringing the upside skein to 15 sessions as we approach the typical duration of 17 – 25 sessions. This morning the S&P futures are better by some 5 points as we write at 4:57 a.m. Due to the upcoming expiry as traders shooting for 2600 on the S&P 500 Index, the U.S. stock market has broken out of its four-day trading range. Thus, Thursday’s Outside Day was resolved to the upside. However, the breach to the upside on Tuesday was not a robust breakout. Ergo, traders will try to effect a Weird Wednesday rally that squeezes expiring calls. If there is no robust rally today, it would be a negative development. BAC and GS results could impact trading. We still think the SPX will break out above the 2600 – 2650 on this move. 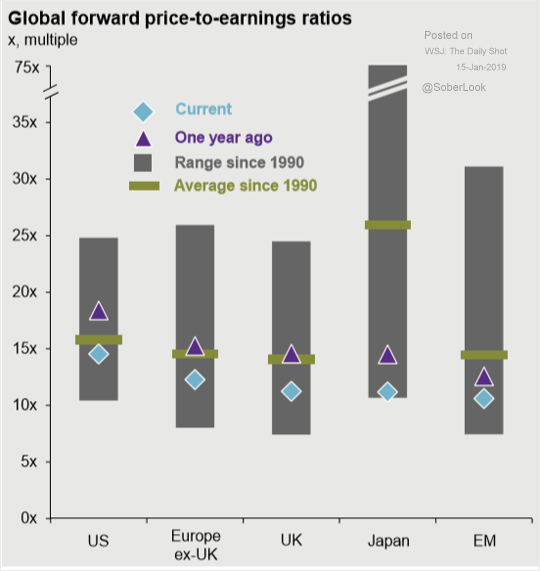 In last night’s video I shared this graphic of where the major markets are trading relative to their historic P/Es since 1990. The depth of the pullback seen to date has led to a P/E contraction which has contributed to demand as bargain hunters stepped in. 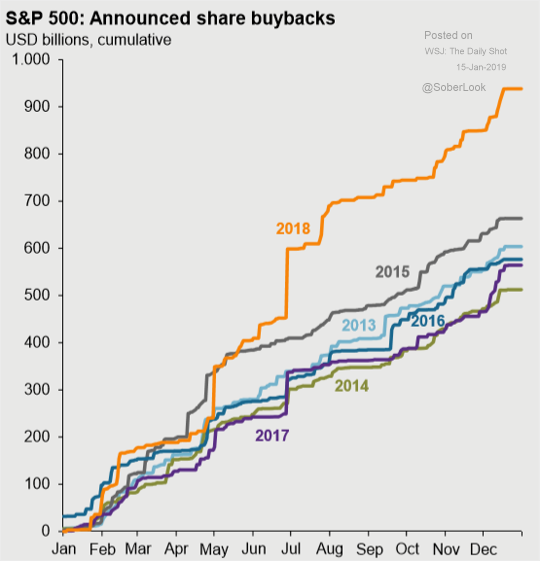 The outlook for earnings is a movable feast considering the fact that the tax holiday is not going to be repeated and the share buybacks binge of 2018 is also not going to be repeated. Since EPS is flattered by reducing the float of a share, buybacks have been one of the factors which contributed to the low P/Es by historical standards. Therefore, it is possible P/E ratios will trend higher if buybacks moderate as expected this year and most particularly if earnings disappoint. 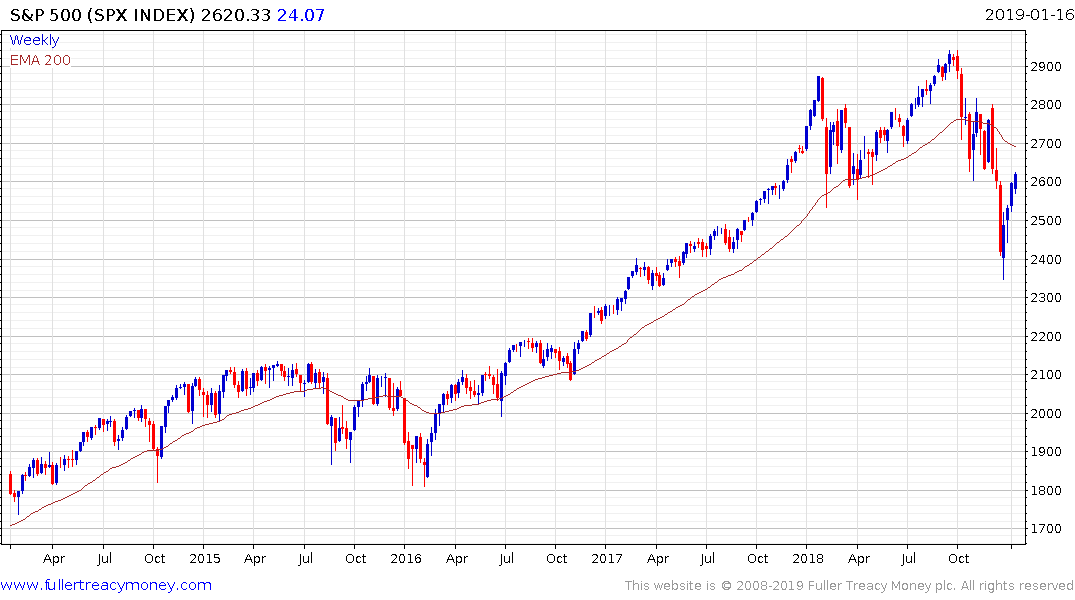 The S&P500 is now trading above the 2600 level, which was the first area of potential resistance. The next potential area of resistance is in the region of the 200-day MA. This has been a particularly impressive rebound and it continues to be extended. However, a short-term overbought condition is rapidly replacing the short-term oversold condition and the true test of demand returning to dominance will be in the Index’s ability to hold the recent low during the first meaningful pullback.