While “not that concerned about omicron as a major risk factor for equities,” the strategists led by Michael Wilson see headwinds building elsewhere, after Federal Reserve Chairman Jerome Powell signaled the possible accelerated tapering of asset purchases. “Tapering is tightening for the markets and it will lead to lower valuations like it always does at this stage of any recovery,” the strategists wrote in a note to clients.

Brian Nick of Nuveen, the investment arm of TIAA, with $1.3 trillion in assets under management, also said Monday that “the major risk to our outlook remains a sudden tightening of financial conditions if central banks are forced to respond to inflation driven by an overly tight labor market.” In contrast, most of the economic and market risks associated with the virus “are behind,” according to Nuveen’s outlook for 2022.

Other strategists, including those at JPMorgan Chase & Co., have also singled out a hawkish turn by central banks, and not Covid-19, as the main risk to their outlook for stocks. But while JPMorgan reiterated on Monday that its base-case scenario is for the equities rally to continue into next year, Morgan Stanley sees the S&P 500 trending lower, and valuations declining.

There is rising enthusiasm that the omicron variant is more transmissible, but less deadly than its predecessors. That lends further credence to the view the COVID virus is following the established pattern of becoming less deadly over time. From an evolutionary perspective, transmissibility is preferrable to killing the host, so this progression makes sense.

That suggests the end point of the pandemic is in sight. In just the same way we have vaccines and early treatment options for the flu, we will have the same for COVID possibly as soon as the next few months. The “bad flu” conclusion will be vindicated even if it depends on evolution to get there. That’s also the view of a group of doctors I had brunch with yesterday morning.

That complicates the market view of how interest rates will move. Bond yields compressed in a violent manner last week with the 10-year dropping from a peak of 1.69% in late November to a low of 1.33% on Friday. At least a pause is to be expected following such a large move. 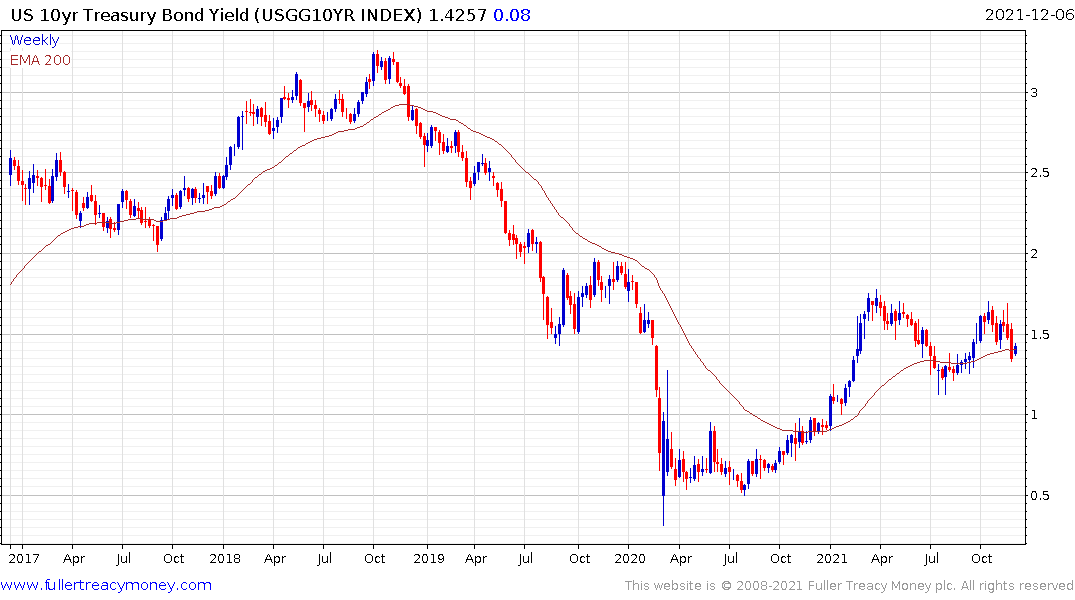 The pattern in the bond market is investors are buying aggressively on moves above 1.6% and particularly if they are accompanied by a fear that deflation will prevail. That also reflects the widely held view the Fed is going to have a very difficult time raising rates.

In order to get to a point where they can remove monetary assistance, they will need reopening of the economy to go full tilt. News over the weekend that a Norwegian cruise found 17 cases, with one omicron infection confirmed, despite everyone having been vaccinated, did not stop the share rebounding from a short-term oversold condition today to become the S&P500’s top mover. That suggests a continued willingness to look past short-term bad news to the future where reasonably worry-free travel will be normal.

It also suggests the beginning of yet another sharp rotation back to opening-up shares from the stay-at-home champions.

I continue to see significant figures talking about bubbles and how everything will end in tears. It’s true. Every bull market eventually ends. I’m fully aware of the rich valuations on stocks and the dependence on a very small number of shares for performance. However, the bull market will continue until it is choked off by tighter liquidity. That’s a threat at present but nothing has occurred to suggest central banks aren’t going to be very careful. 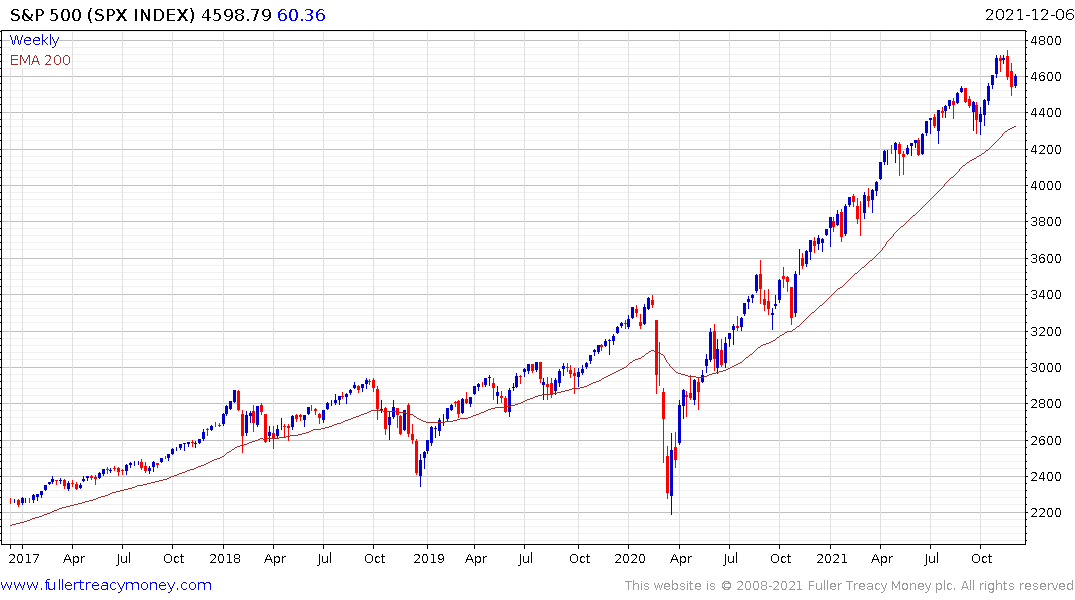 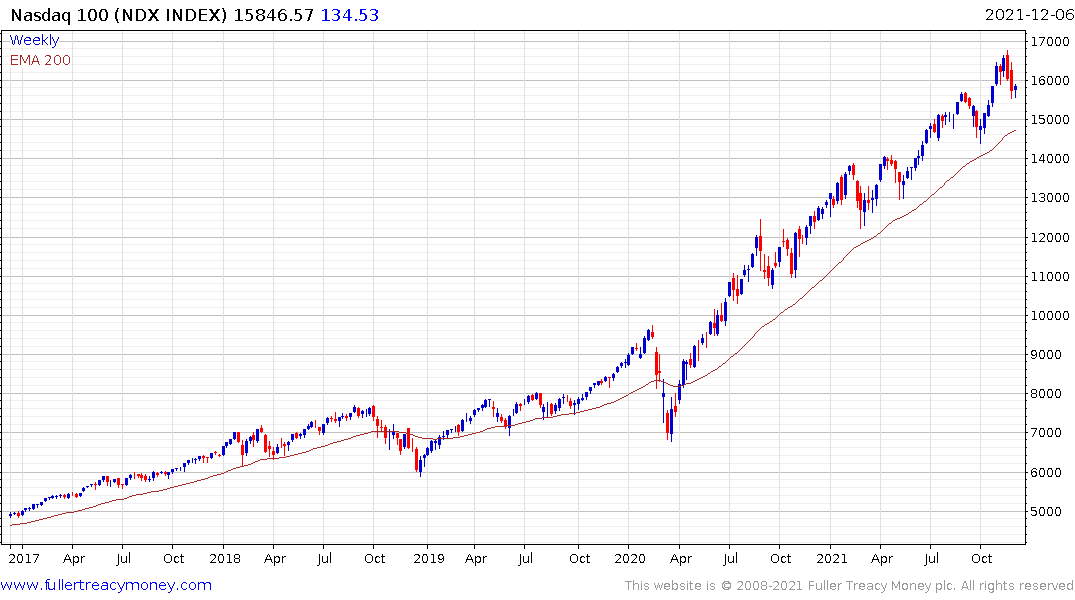 For the trend to end, we first need to see inconsistency in the chart patterns. The Nasdaq-100 and S&P500 needed to bounce today and they did. That suggests we may be seeing a higher reaction low and support coming back in the region of the upper side of the underlying range.

This chartbook from Yardeni Research focusing on margin debt may be of interest. The time to be worried about the market is when margin debt begins to trend lower relative to the wider market.