“The glass half-full view of stimulus talks is if you don’t get it today you’ll get it tomorrow from whomever wins the election,” Sheets said in an interview. “This V-shaped recovery is still intact.”

His conviction that growth will continue unabated is in contrast with other strategists who say the U.S. is facing a multitude of risks. Lawmakers have been deadlocked for weeks on the details of a stimulus package and President Donald Trump surprised allies with a unilateral call on Tuesday to halt talks on a deal.

Sheets’s recommendations are mirrored in hedge funds positioned ever more aggressively for a steeper U.S. yield curve, often seen as a bet on reflation. The latest data shows speculative net short positions in long bond futures have hit a record, while net long positions on 10-year Treasuries have climbed to their highest since October 2017.

Brinksmanship does not mean an agreement will fail to be reached. Regardless of which way the US election goes, the next administration has an interest in continuing to support the recovery. Fiscal stimulus will be a big part of that.

They don’t have much choice. There are millions of people out of work. At least some businesses will not reopen. The best-case scenario is some time is needed to allow a transition to new positions. That’s the ultimate aim of assistance programs. Meanwhile the risk is the moratorium on evictions will expire and cause a negative shock. The only question is on the timing of assistance and some form of agreement is to be expected within the next six weeks. In other words, before or just after the US election. 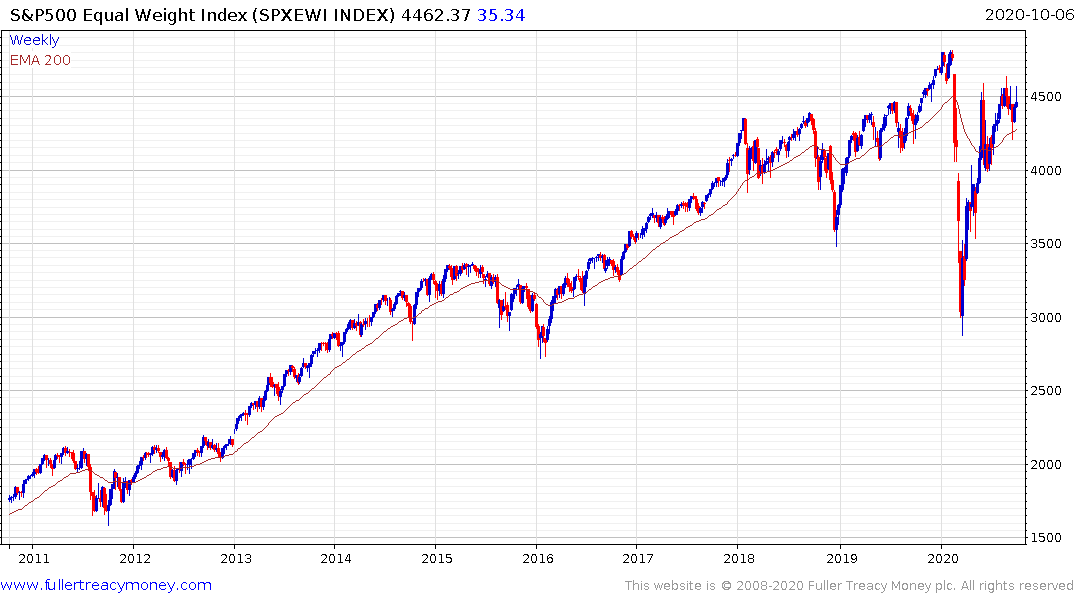 The Equal Weighted S&P500 Index continues to consolidate above the trend mean and a sustained move below 4000 would be required to question medium-term scope for additional upside. 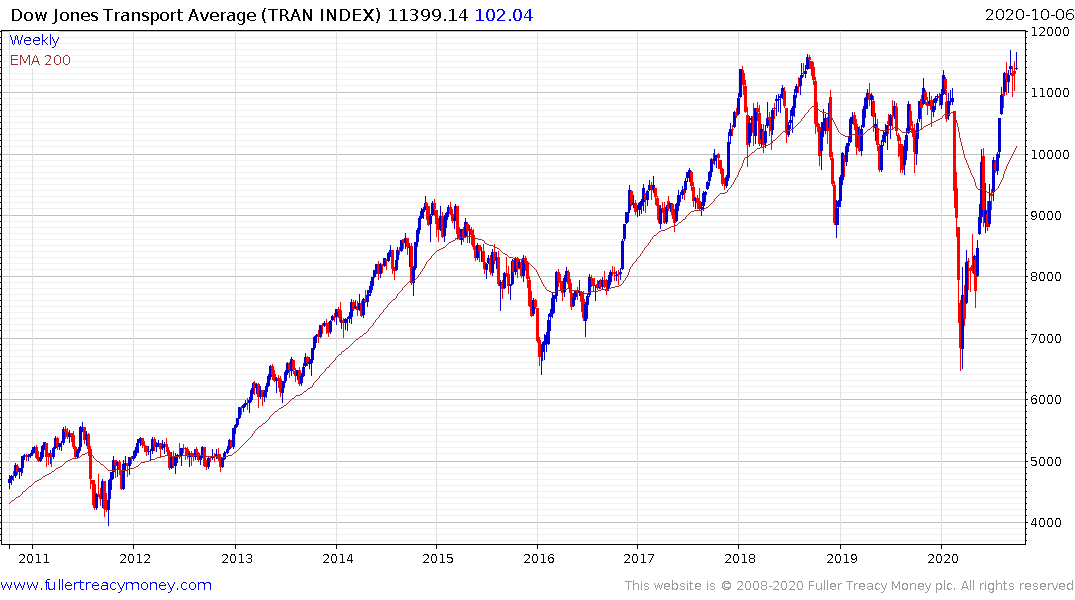