Hargreaves will announce its new pricing model tomorrow. Morgan Stanley had previously said the new model would have a negative effect on the firm's share price.

The firm also says platform pricing will be higher than first anticipated by analysts.

The UK's regulatory overhaul of the financial advisors sector, together with the requirement for a great deal of additional paperwork and qualifications has handed a competitive advantage to the largest providers of fund platforms, not least Hargreaves Lansdown which is accelerating higher. 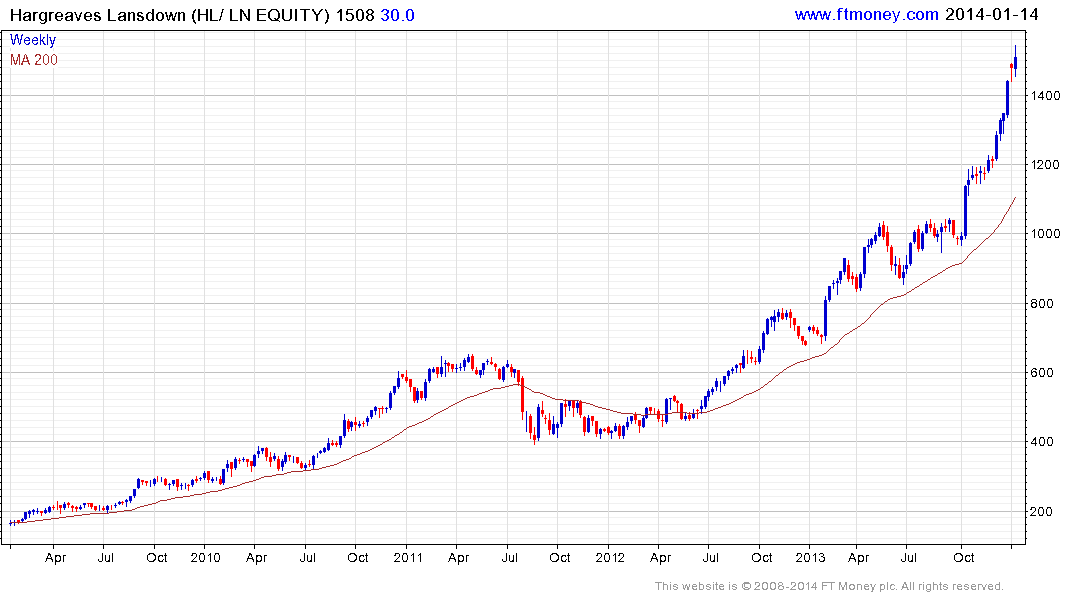 The share is becoming increasingly overextended relative to the 200-day MA but a clear downward dynamic will be required to check momentum beyond a brief pause. 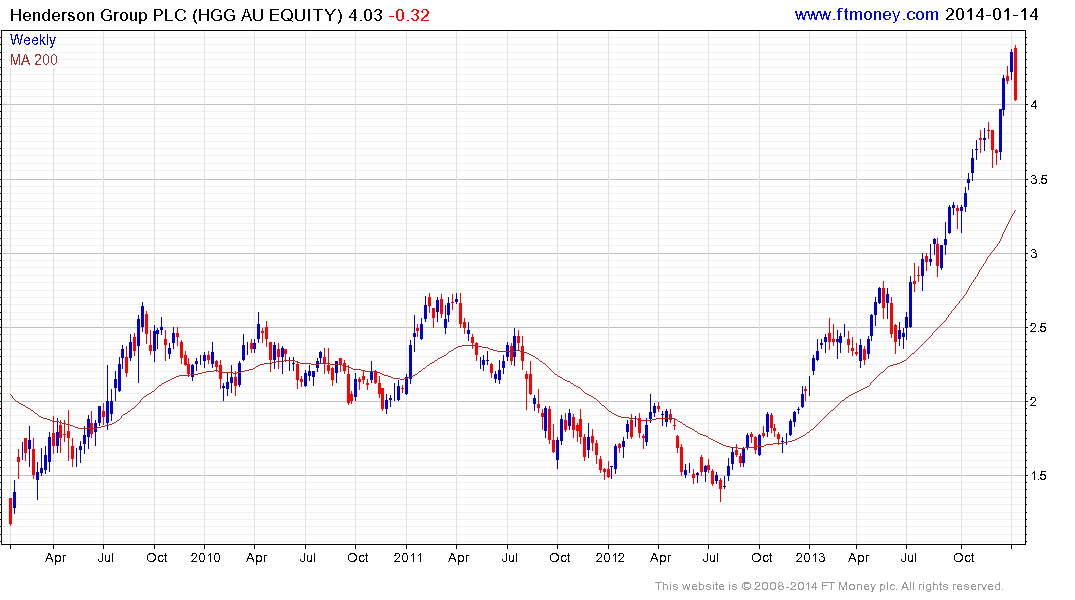 Elsewhere in the sector, Henderson Group has also been rallying impressively but pulled back sharply today and is in the process of forming a large downside weekly key reversal; suggesting at least a process of mean reversion is unfolding. 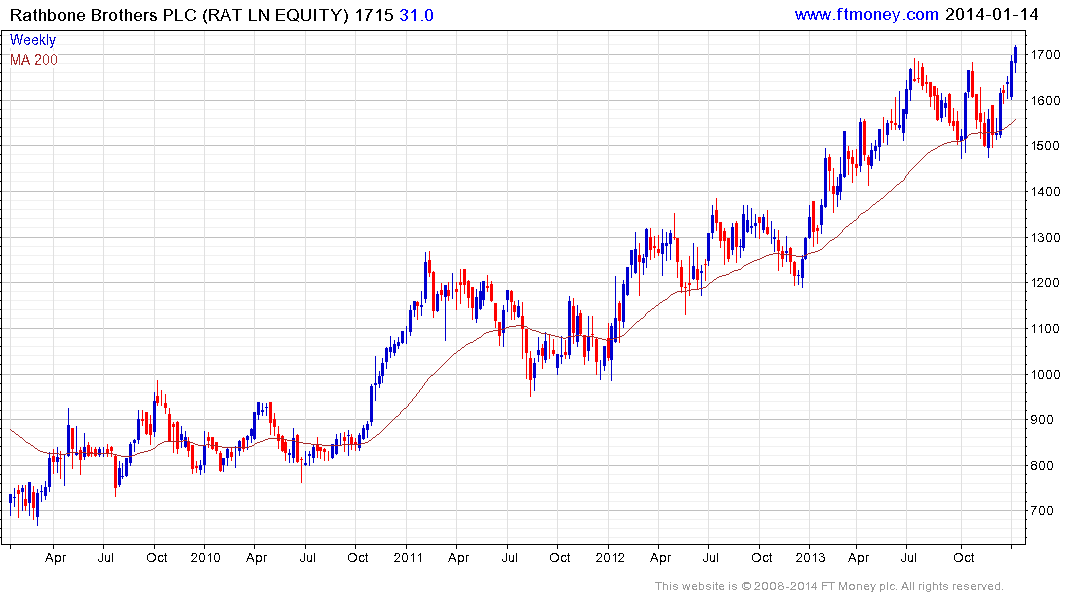 The pace of Rathbone Brothers' advance has been more moderate than either Henderson or Hargreaves but it remains consistent and broke out to new highs yesterday. A sustained move below the 200-day MA, currently near 1550p, would be required to question medium-term scope for additional upside.