“If we do see real yields improve, it’s going to be a much more difficult environment for tech,” Christopher Harvey, head of equity strategy at Wells Fargo said. “Especially for ‘growth at any price’ stocks. The place where you should see this is your high, high growth and your high-multiple stocks.”

Wells Fargo strategists see more bad news in store for tech and expensive growth stocks this year with room for real rates to rise another 25 to 50 basis points.

Rising real rates are seen as an optimistic signal about the state of the economy, even if they send a gloomy one about stocks that were the big winners of pandemic lockdowns. The flipside is cyclical stocks such as big banks, industrial and transport firms are in line for gains.

Tech stocks -- often prized for their long-term prospects -- have become especially sensitive to bond swings as higher rates mean their future profits are worth less at present.

“What struck me about yesterday’s selloff that was so important was that the bulk of the price action occurred in real yields, not in breakevens,” BMO Capital Markets strategist Ian Lyngen said Tuesday on Bloomberg TV. “So this is a growth story and not an inflation one at this point.”

David and I created the Autonomies group of companies back in 2012/13. At the time we were thinking about how the market would evolve post the Global Financial Crisis.

It appeared obvious that globalisation, the rise of the global consumer, the shale revolution and abundant liquidity would spur a secular bull market. We believed the best positioned to profit would be big global companies with truly international businesses, with the heft to expand into growth markets.

We focused in on those that dominate their respective niches in compiling the list. We were both also concerned that inflationary pressures would play an increasing role in the decision-making process of global investors. While not focusing on dividends, we opined that betting on strong balance sheets and pricing power would be a sufficient hedge against any inflationary pressures that arose. That also allowed me to include the large technology companies which were leading the market higher. 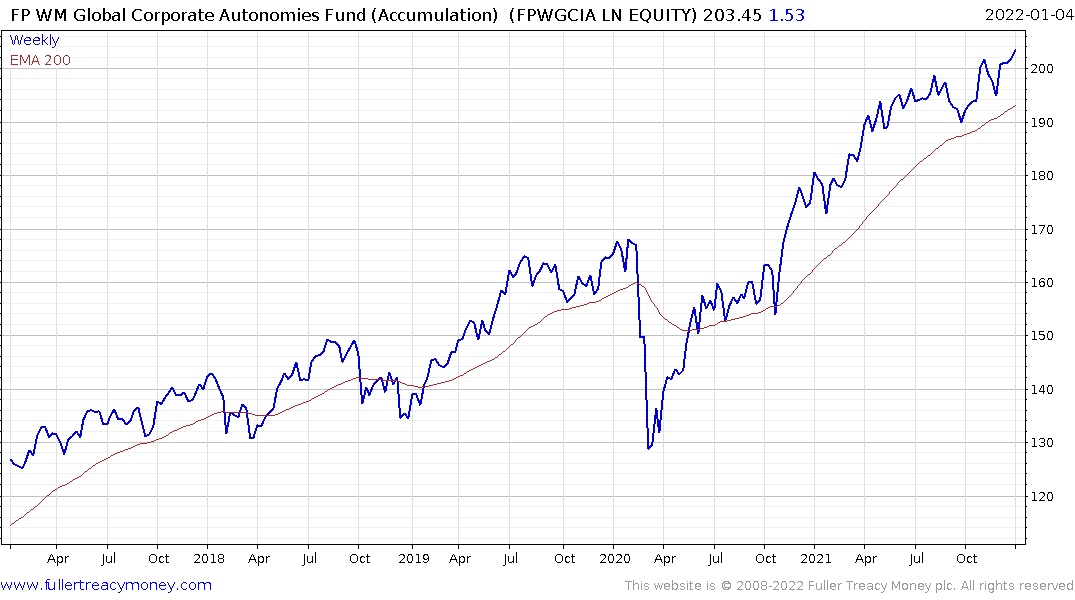 In 2013 I published Crowd Money with the full list of companies and my views on the evolution of a secular bull market. A fund investing in those companies was launched in the UK in 2015. I reweighted the portfolio over the weekend and what was immediately apparent is the significant rotation underway. 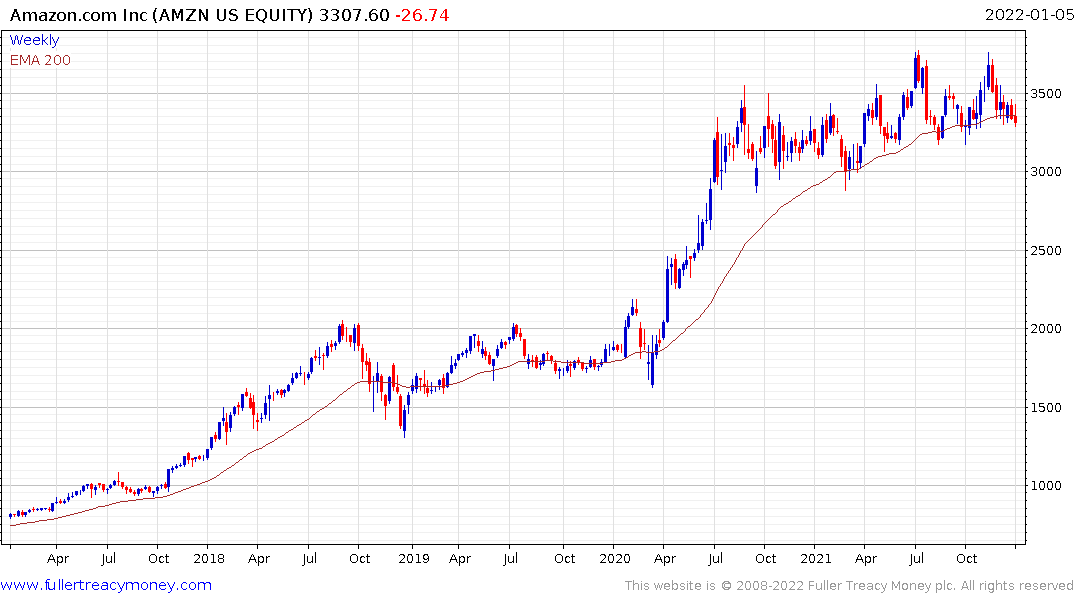 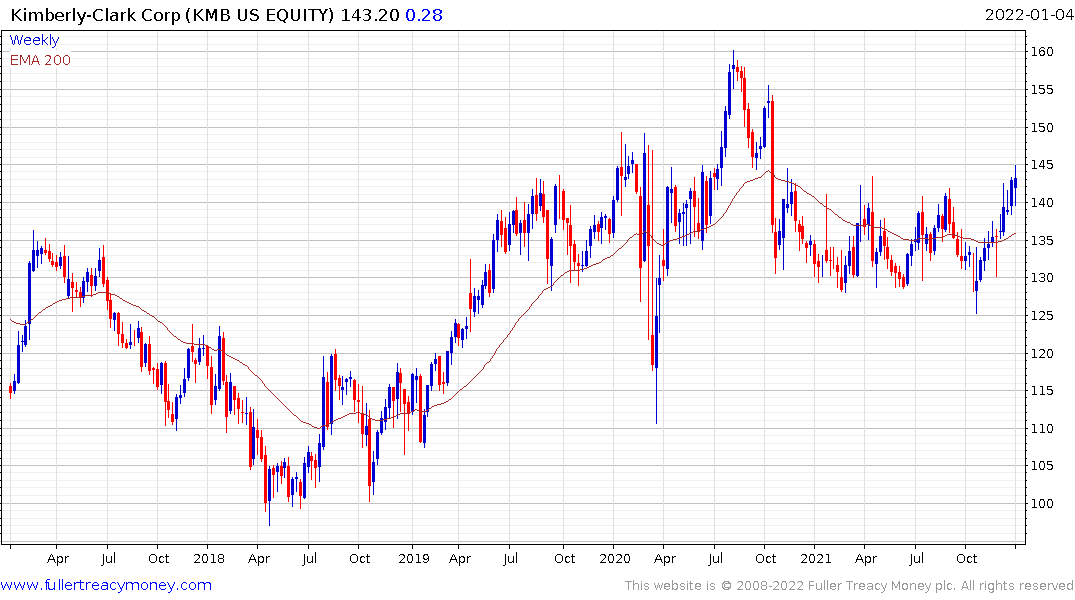 The big tech companies have not broken downwards but they are looking tired. On the other hand, the dividend paying portion of the pharmaceuticals sector, the consumer staples, consumer discretionary and energy sectors are all firming. That’s both a trend of investors seeking inflation hedges and turning more defensive. 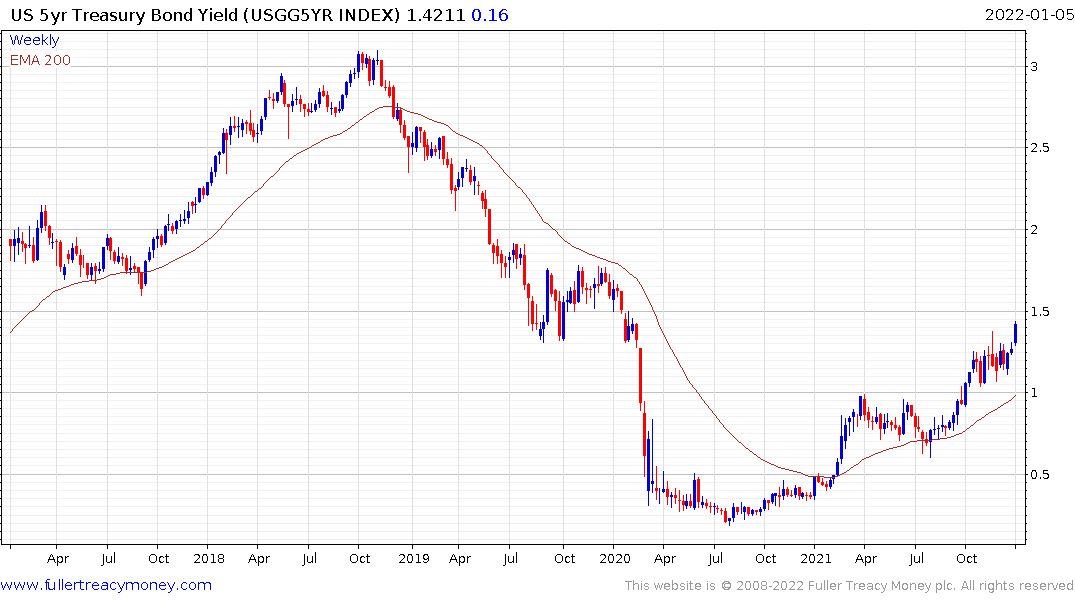 5-year yields are trending higher. Every additional advance increases the cost of capital for liquidity hungry business models. High yield spreads remain contained and not least because companies used 2020/21 to refinance. They don’t have imminent refunding needs. The smaller companies with ongoing liquidity needs will be most affected. That’s particularly true of the SPAC sector which are totally dependent on free money to support valuations. 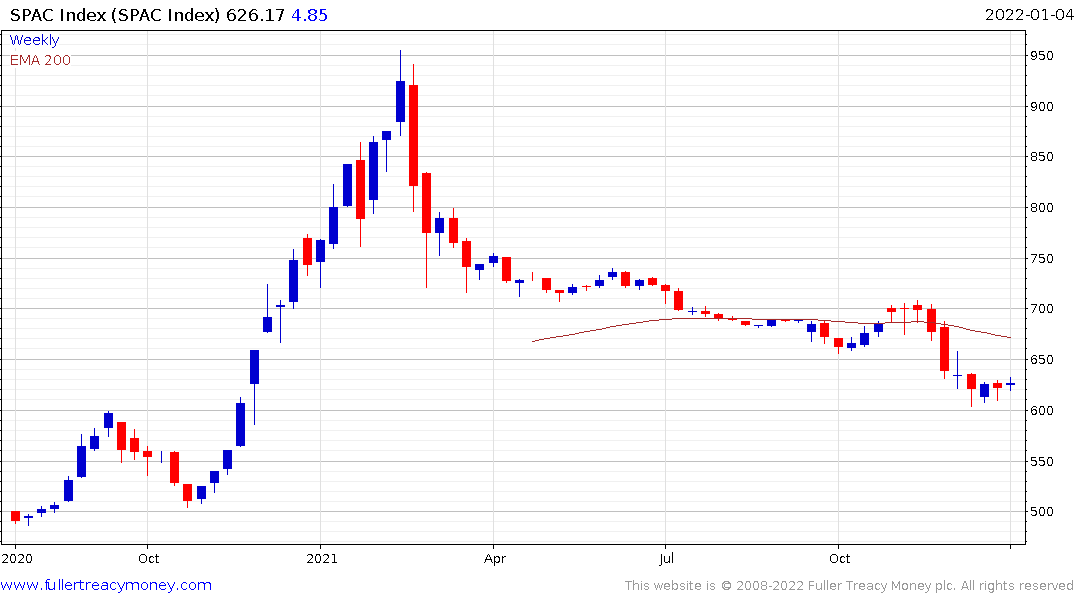 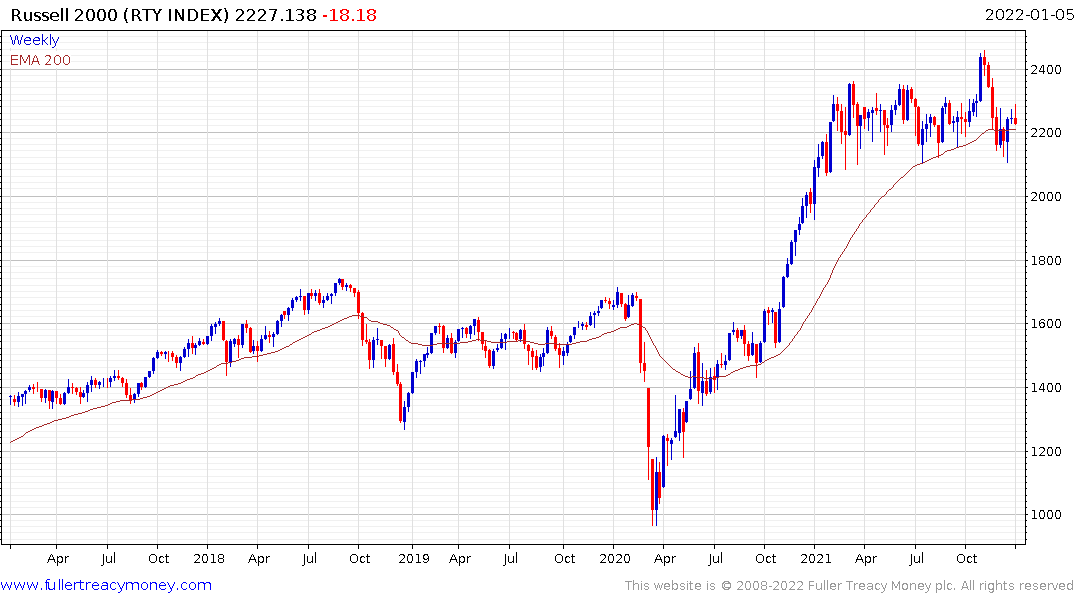 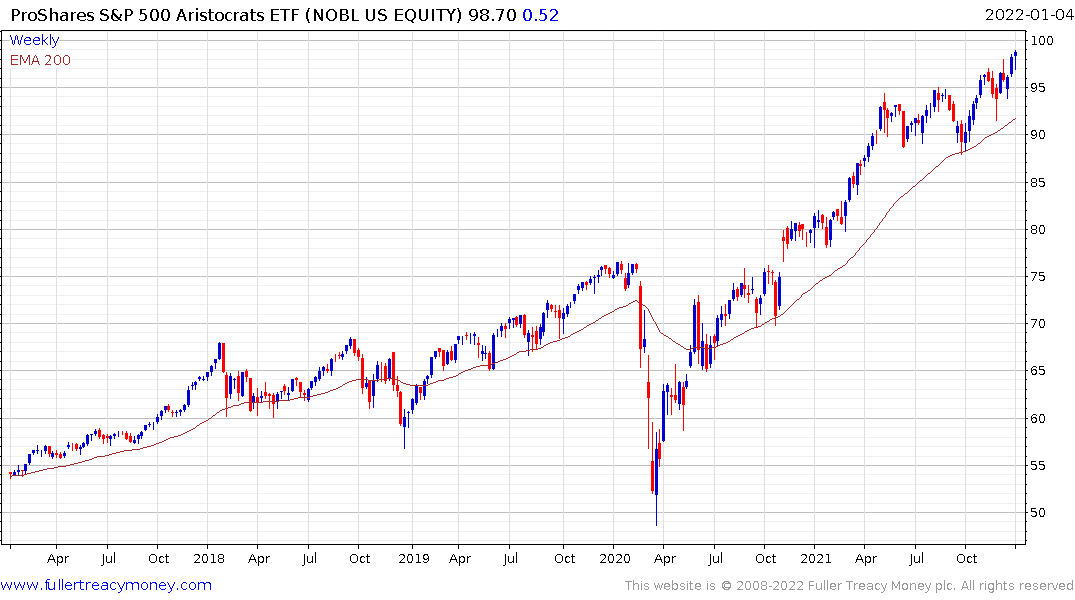 I believe it is likely that inflationary pressures peak in the 1st half of the year. However, I also think the new floor will be higher than the last decade and we should be prepared for occasional upside surprises. It’s particularly important time to pay attention to the consistency of medium and long-term trends.