More Derating as Revision Breadth Rolls
Comment of the Day

To summarize, we have characterized the current economic situation as the transition from early to mid cycle, the time of the expansion where we are past the peak rate of change and therefore maximum monetary accommodation. With the NBER recently declaring the end to the COVID-19 recession as far back as May 2020, our timing of this mid cycle transition starting back in March seems spot on. Years associated with prior mid cycle transitions include1994,2004, and 2011. In all cases, US equity markets were characterized by the following features: Falling P/E, narrowing leadership, a skew towards quality and a 10-20% correction in the major indices.

This year has been no different, but looks incomplete in our view. More specifically, there has been an extreme narrowing in leadership and shift towards quality; and while we have seen a de-rating in equity valuations, it's been more modest than prior mid cycle transitions which has allowed the major averages absent of a 10%+ correction, at least so far. We think the primary missing ingredient for that correction is Fed's slower than normal withdrawal of monetary accommodation given how much progress has already been made. This delay in removing accommodation has kept long term interest rates much lower than the economic fundamentals would suggest. Given the very high quality nature of the S&P 500 and Nasdaq 100, these indices have remained very resilient even as the average stock has fared quite poorly since March. For example 44% of the Russell 2000 small cap index has experienced a 20%+ drawdown this year.

This is a liquidity fuelled rally. As long as central banks are willing to continue to engage in quantitative easing and governments are running large deficits, asset prices will enjoy a tailwind more often than not.

The end of the moratorium on evictions represents an uncertainty for the coming quarter so that will factor into how the Fed decides what to do with its accommodative stance.

Meanwhile, the US government expects to borrow less beginning in the 4th quarter. With less issuance, there will be fewer bonds for the Fed to buy. Just maintaining the purchasing level in that scenario is highly stimulative and would compress yields even further which is obviously why there is some disagreement on tapering. 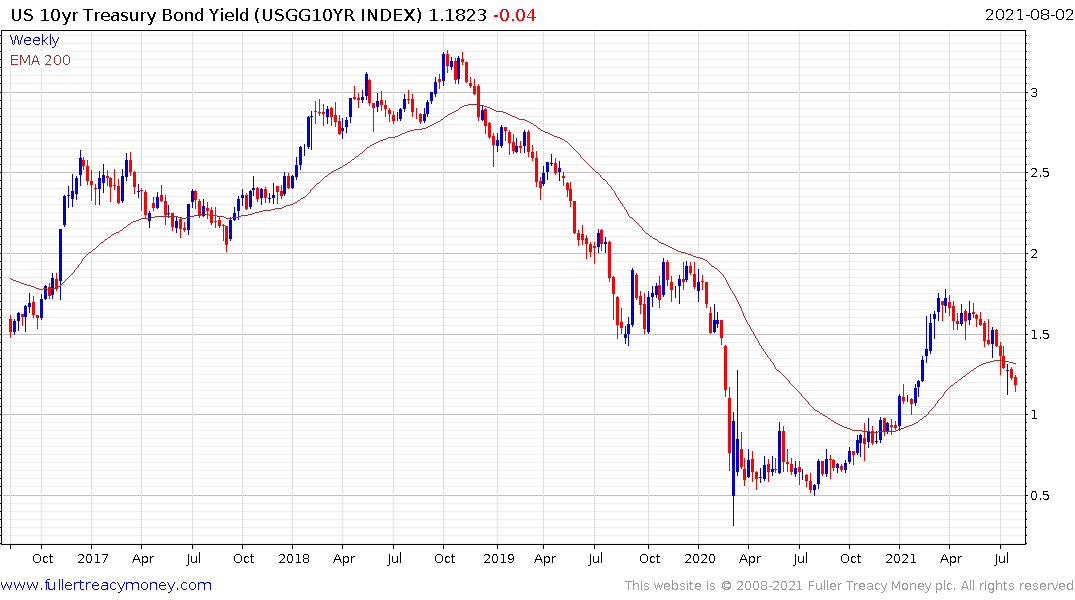 The US government expects the deficit to contract from $3 trillion to $1.2 trillion in 2022 which represents a massive withdrawal of liquidity. Nevertheless, the threat from variants is real but this is unlike Q1 2020. We now have vaccines and treatment options. These tools blunt the effect of the virus to affect the economy. That suggests we are still in the goldilocks phase of the pandemic, where there is enough of a threat to sustain monetary and fiscal stimulus, but it is not enough to significantly impair the recovery. When that changes it would be reasonable to expect a period of adjustment. 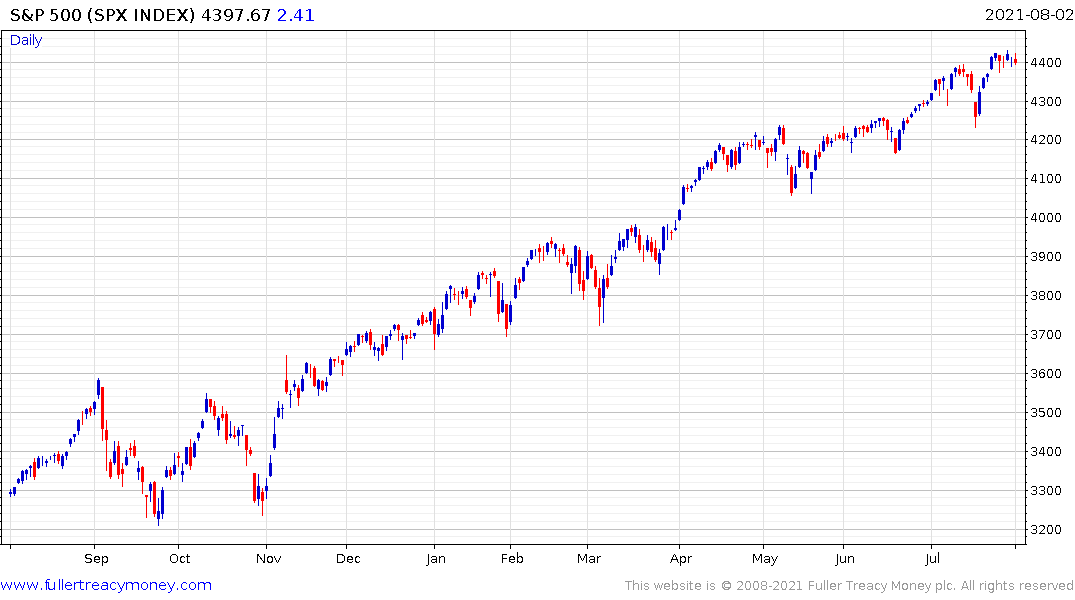 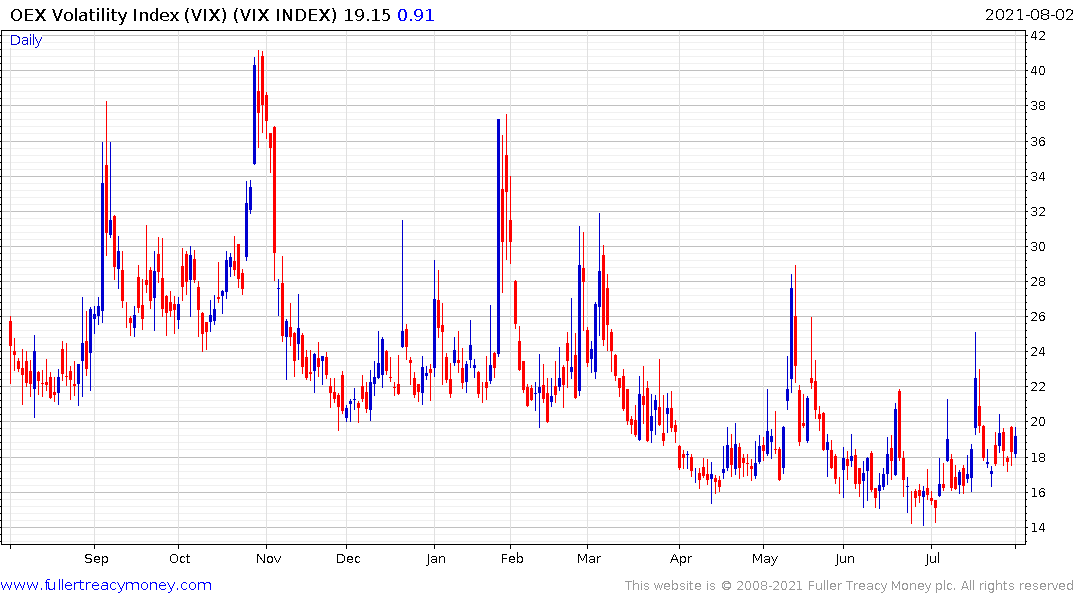 The S&P500 has been locked in a very narrow range for six consecutive sessions. The upward bias for the S&P500 contrasts with the continued upward bias on the VIX Index. That suggests the breakout, when it comes, is likely to be on the downside.