The ECB recalibrated its rates guidance today, indicating no rate hike will come this year. With financial markets already pricing in no hike until mid-2020, this does not create additional stimulus. And at the margin, it could even reduce it if investors come to interpret the guidance as meaning the first rate hike will come in 1Q.

What the rates guidance does insure against is an earlier tightening of financial conditions if the economy beats forecasts this year.

The ECB also announced a third round of targeted longer-term refinancing operations (TLTRO). However, the terms are less favorable than the TLTRO II loans. The new maturity will only be two years. Previously, the funds were available for four years. In addition, the cost of borrowing will be indexed to the main refinancing rate. That now stands at 0%. Previously, it could have been as low as the deposit rate, which is currently -0.4%.

In addition, it seems the new loans won’t completely replace the funding provided by the old ones. The next lending operation won’t be launched until September. However, in order to meet regulatory requirements for their net stable funding ratios, banks need to have funding with a maturity of at least one year. That means fresh funds from the ECB won’t be available in June to replace the loans expiring in June of next year.

Even though a big dose of stimulus is absent, we think GDP growth will begin to pick up in any case and that the labor market will continue to tighten.

The ECB made a mistake in caving to political pressure and ending its quantitative easing program. Confidence is a fragile thing and the big mismatch in Target2 balances, with capital accruing in Germany while there is a paucity of capital on the periphery is a clear signal that the market has no faith in the ability of the bloc’s economic expansion to self-sustain without the support of stimulus.

Today’s announcement suggests the ECB is only willing to partially accept that a mistake has been made. Raising the rate and shortening the maturity of LTRO loans is considerably less stimulative than the last round of loans. That represents a disappointment, even as the date for a potential rate hike is pushed further out.

The one thing the market has yet to price in is that the candidates to replace Mario Draghi seem to be more hawkish than he is. Expressing an Austrian economist’s façade is necessary to win the position but the reality on the ground suggests the Eurozone is a long way from being capable of accepting an interest rate hike. 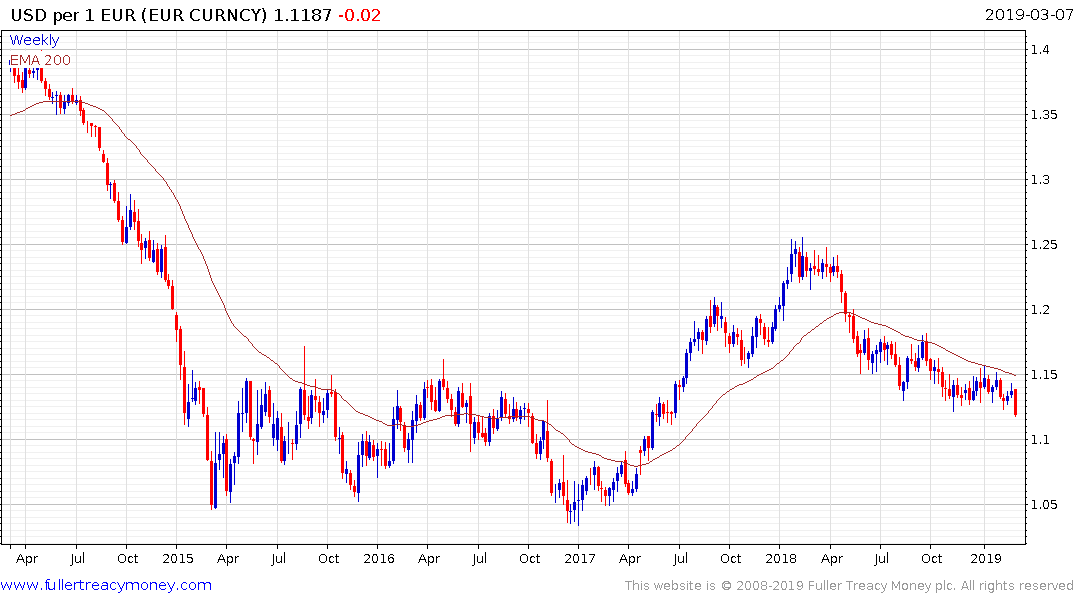 The Euro extended its decline today and remains in a medium-term downtrend where each successive round number ($1.16, $1.15, $1.14) has represented a fresh new lower high. 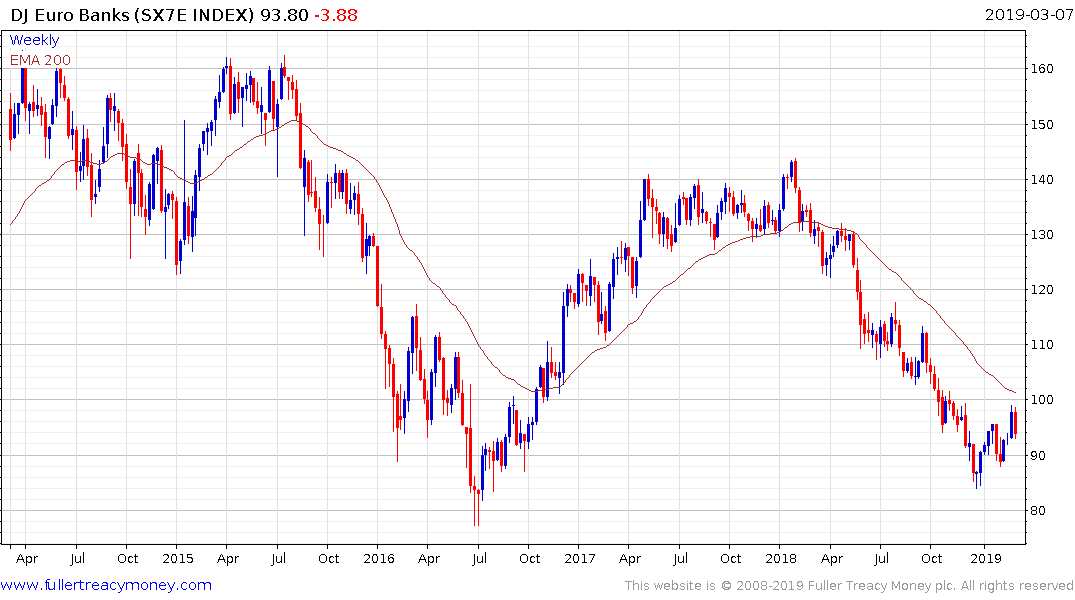 The Euro STOXX Banks Index pulled back today from the region of the trend mean as the full import of the higher cost of new LTRO loans was priced in. 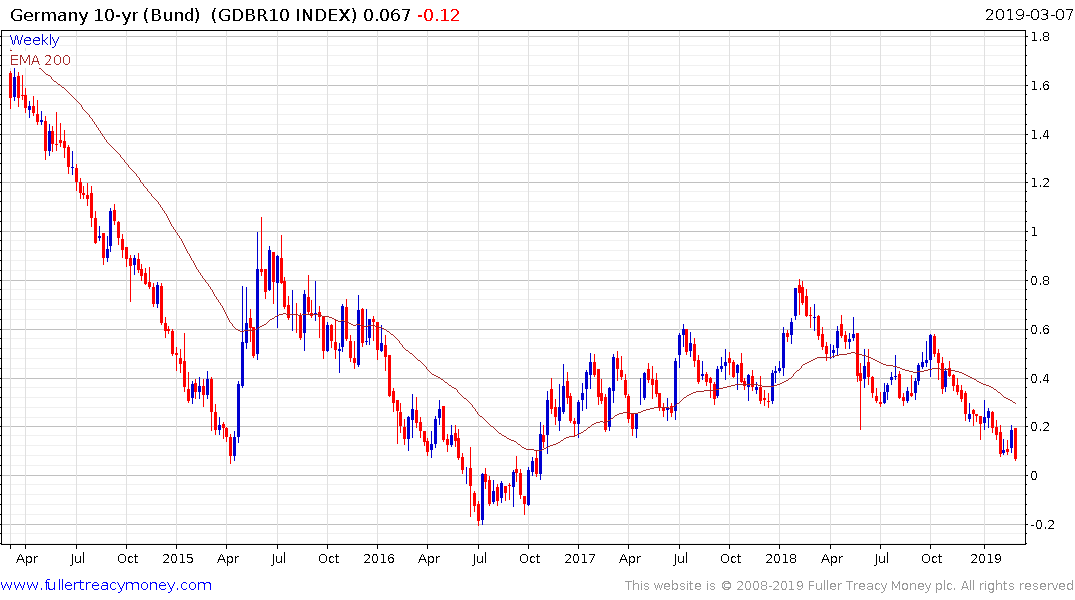 German Bund yields are back testing their recent lows near 10 basis points and a clear upward dynamic will be required to check momentum beyond a pause. 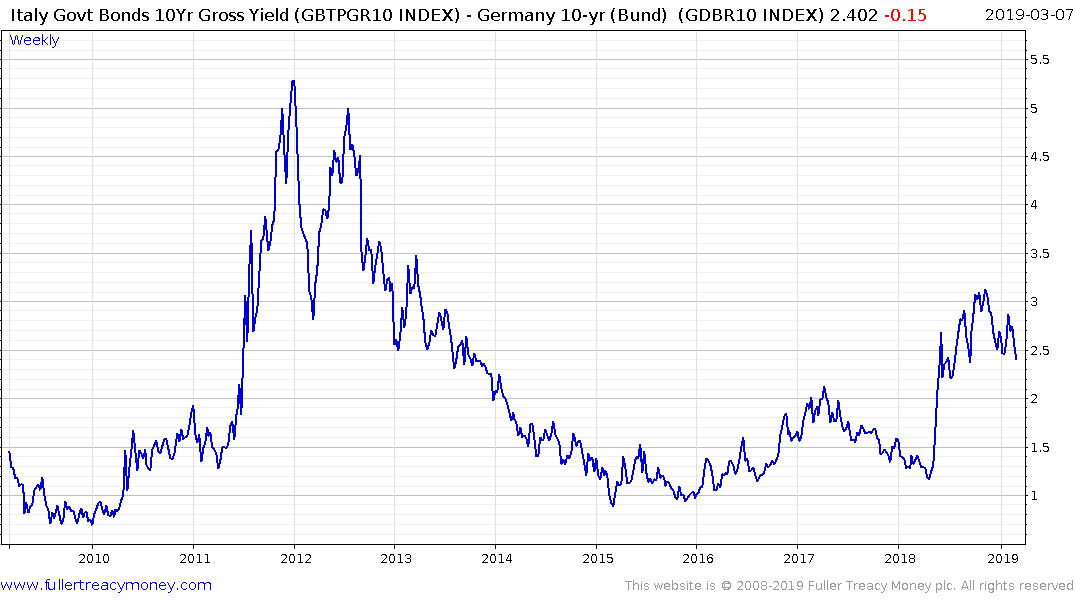