The main finding of this research was that over the period from 1968 to 2011, all the alternative indices considered produced a better risk-adjusted performance than would have been achieved by passive exposure to a market capitalisation-weighted index. Indeed, it was determined that even a random choice of constituent weights would often have produced a superior performance, especially in comparison to the relatively poor investment returns offered by the market capitlisation approach. The full research paper "An evaluation of alternative equity indices. Part 1: Heuristic and optimised weighting schemes (latest version)" can be downloaded at the link below. - See more at: http://www.cassknowledge.com/research/article/evaluation-alternative-equity-indices-cass-knowledge#sthash.lpB12zX6.dpuf

Traditionally, indices were market cap weighted because of liquidity concerns. Larger funds simply cannot buy shares below a certain market cap because they would be unable to liquidate the position in the event of trouble. It is for this reason that even today a number of large passive US funds have investment rules focused on price. i.e. they cannot buy shares that trade below $10.

On the other hand, smaller cap companies tend to do best in low interest rate environments when liquidity is abundant. There is no better time to borrow in order to fund growth. However, when credit conditions tighten smaller cap shares generally underperform. 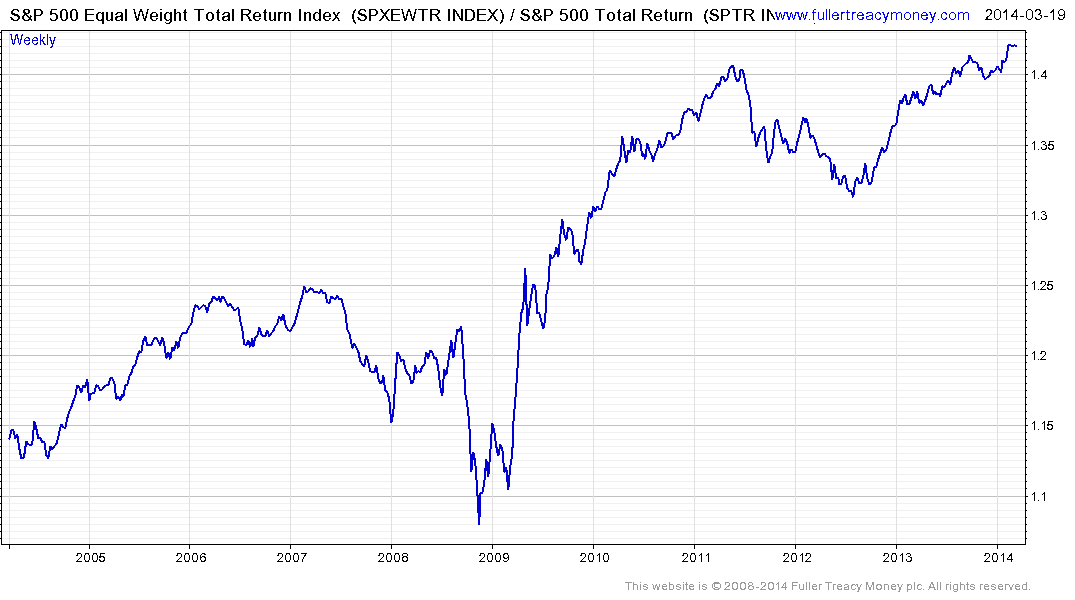 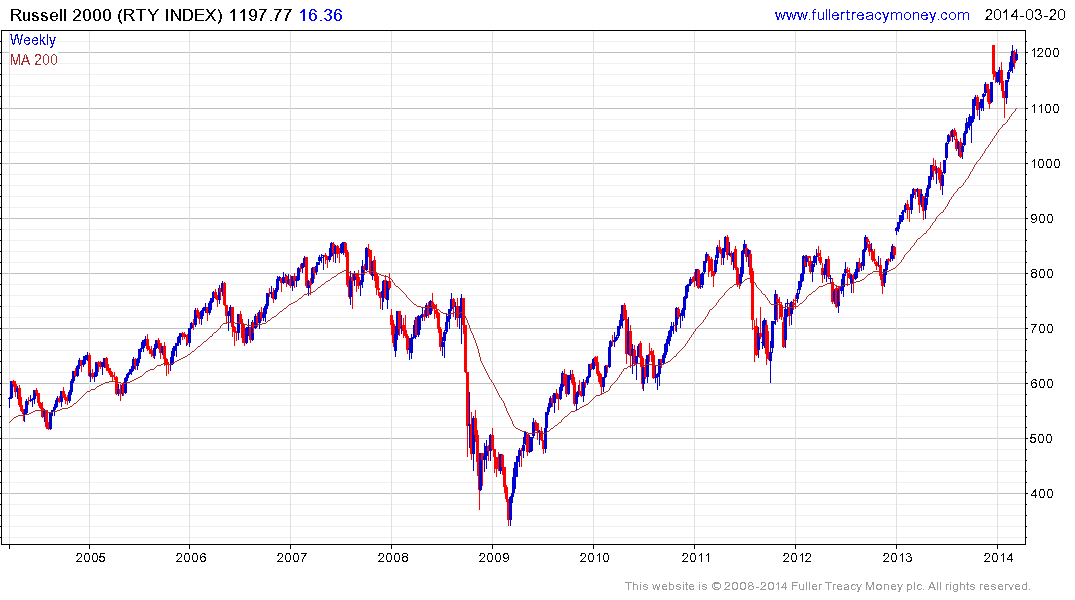 The Russell 2000 has been among the greatest beneficiaries of extraordinarily accommodative monetary policy and is likely to be at least a coincident indicator of a medium-term peak in the cyclical bull market. The January reaction was the largest in more than a year and represented an inconsistency in what has been a particularly consistent advance over the last 13 months. It has developed a short-term overbought condition following its impressive rebound from the February lows but a sustained move below 1100 would now be required to signal a further loss of consistency.