The government will allocate 750 billion-rupee ($10.6 billion) a year for the cash plan for about 120 million farmers and give taxpayers 185 billion rupees of relief in the year to March 2020, Finance Minister Piyush Goyal said in his budget speech in New Delhi on Friday.

In the process, the government will widen its fiscal deficit targets for the current financial year and next to 3.4 percent of gross domestic product and borrow more. Bonds and the rupee fell on news of the debt plans, while the tax cuts helped to buoy stocks.

“Ongoing slippage from the government’s budgeted fiscal deficit targets over the past two years, and our expectation that the government will face challenges meeting its target again this coming fiscal year does not bode well for medium term fiscal consolidation,” said Gene Fang, an associate managing director at Moody’s Investors Service. “We view this continued slippage as credit negative for the sovereign.”

Narendra Modi made history by getting an outright majority for the BJP at the last election and was the first person from a low caste to become Prime Minister. The big challenge heading into the election this year will how to hold onto those gains. The answer so far has been to emphasise Hindu nationalism and to boost spending. It was inevitable Modi would try to buy the election and the budget is the clearest signal how much he is willing to spend. 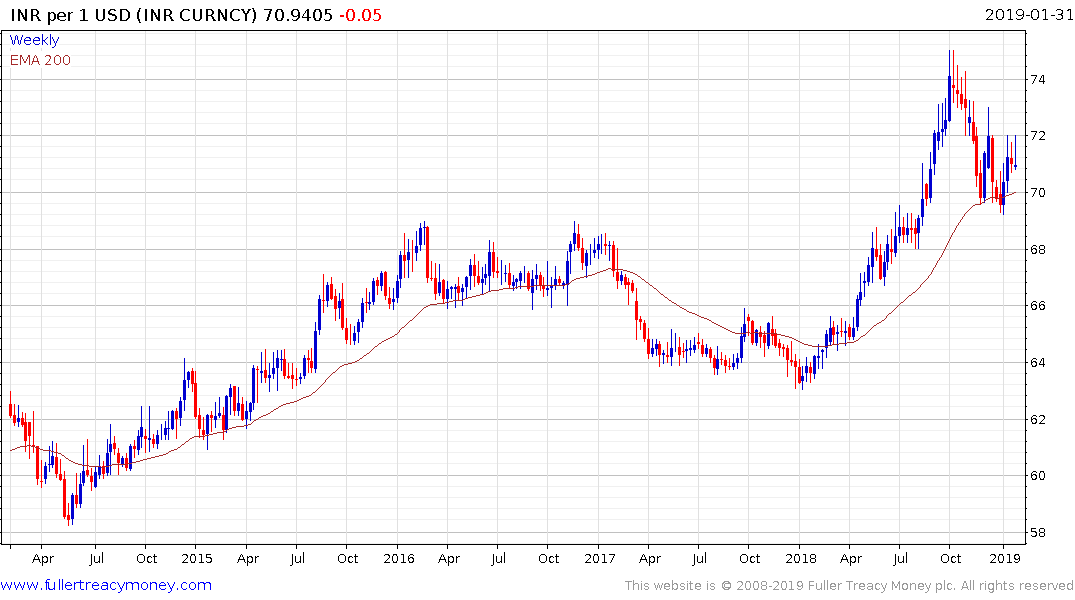 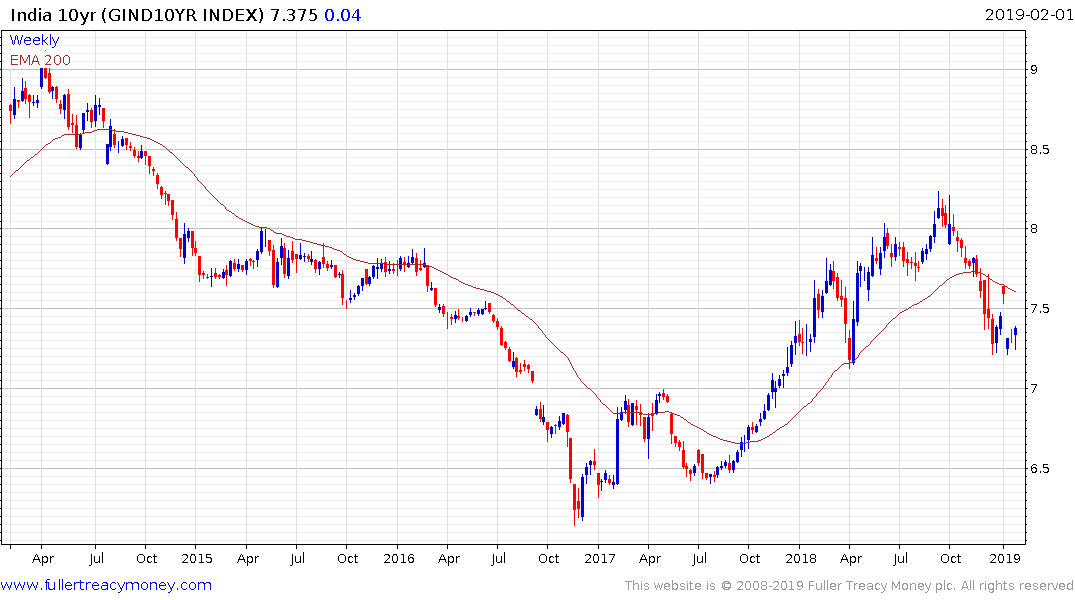 The Rupee remains quite steady but the compression in government bond yields since September has at least paused; with a clear upward dynamic from the 7.2% level posted today. 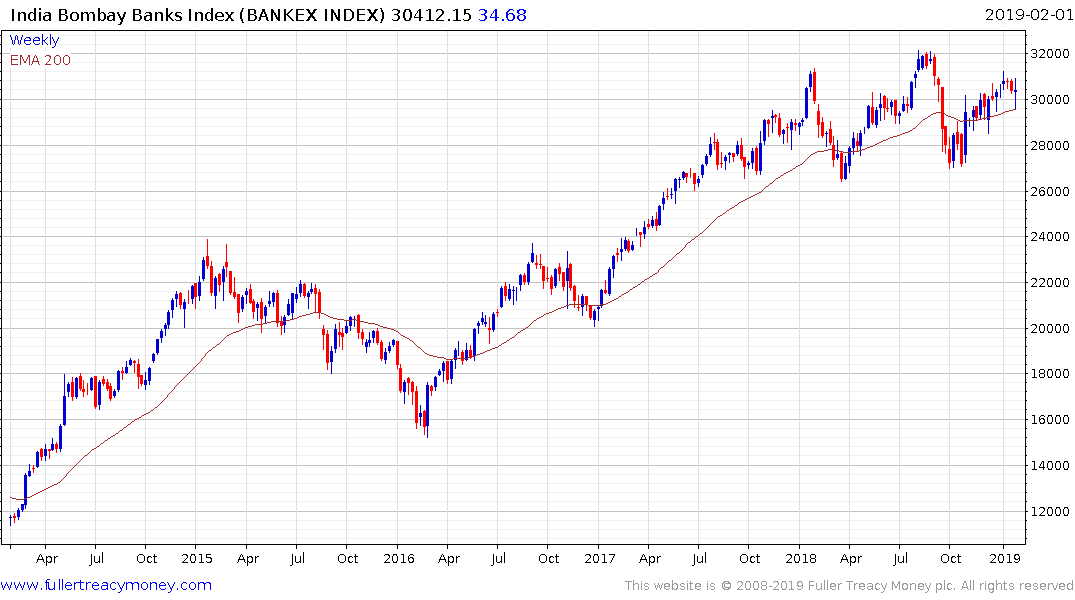 The Bombay Banks Index continues to trade in the region of its peaks over the last year some additional consolidation appears likely at least until the result of the election is known in April/May. 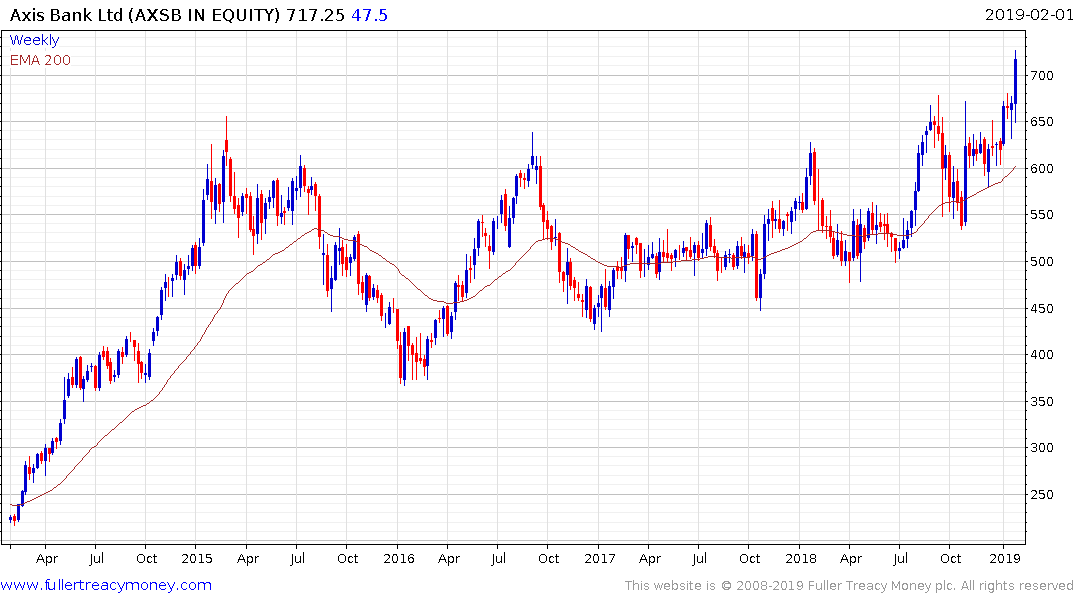 There have been some quite marked differences in the performance of India banks. Axis Bank completed a four-year range this week to breakout to new all-time highs. 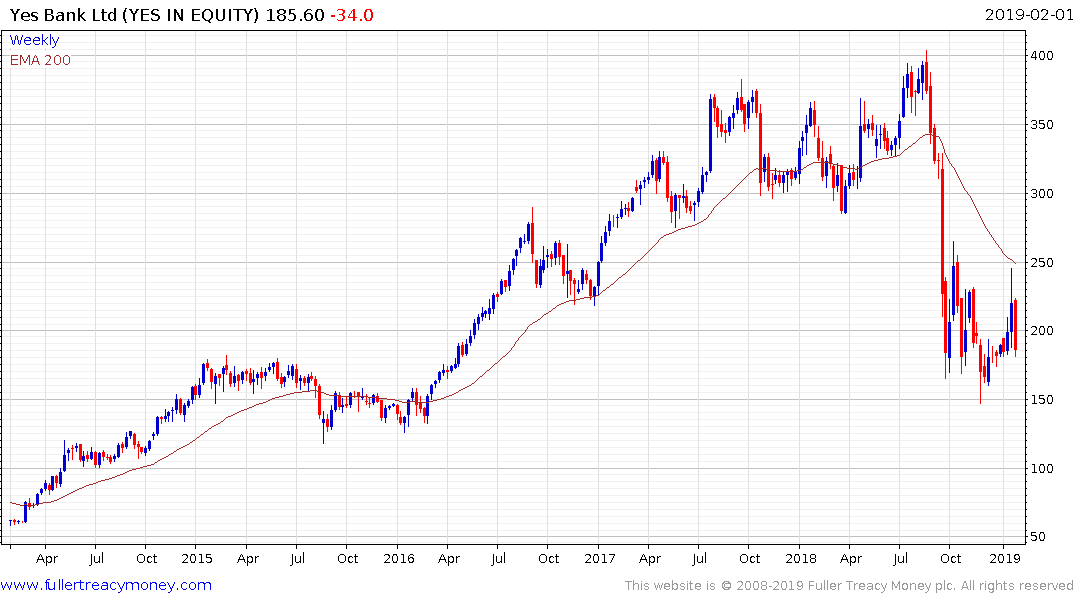 Meanwhile, Yes Bank continues to experience volatility as turnover in the boardroom continues in an effort to correct some of the issues that led to last year’s decline. The share has paused in the region of the trend mean and will need to hold the INR150 level if support building is to be given the benefit of doubt. 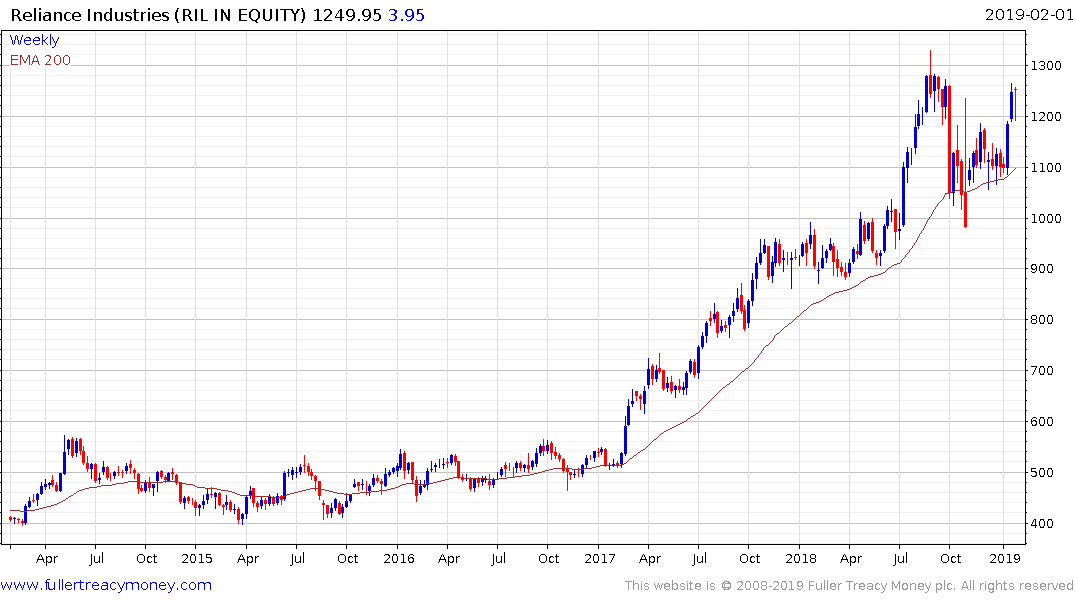 The consumer sector on the other hand continue to benefit from government largesse. Reliance Industries has bounced emphatically from the region of its trend mean over the last few weeks. 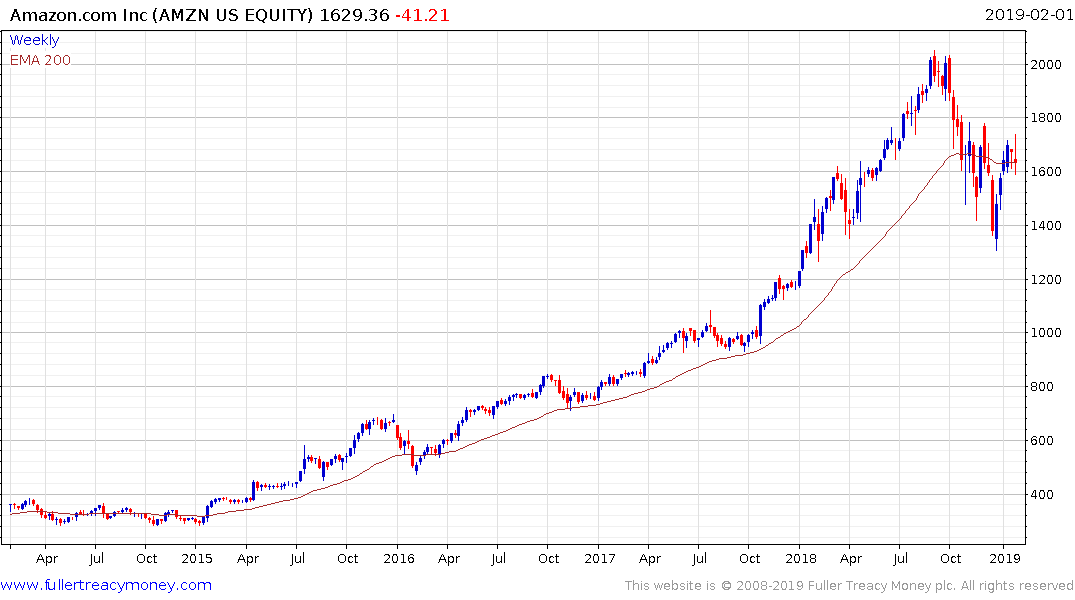 Amazon’s earnings highlighted the additional costs the company is incurring from international expansion. A big part of that is represented by the competition to capture market share in India where Walmart and Alibaba are also active. Modi’s less reported effort to gain the support of small businesses by introducing additional regulations on ecommerce companies represents a challenge for foreign companies.