Prime Minister Narendra Modi is finally attempting to overhaul India’s most controversial labor laws to attract investment and make it easier to do business in a country where changing archaic rules is a challenge for any government.

After a long struggle, his government will push a crucial industrial relations bill allowing companies to hire workers on fixed-term contracts of any duration. The legislation, to be tabled in Parliament’s current winter session, does not seek to change stringent laws on hiring and firing, but allows the government the flexibility to relax the conditions through an executive order.

Unlike his last term in power, when Modi decided against bringing this labor reform bill to Parliament, this time around he knows he has the numbers needed. The current changes are part of a process to streamline 44 different federal labor laws into four codes, another step to formalize the $2.7 trillion economy.

It comes on the back of several recent reforms announced by Modi’s government to boost investment, including aggressive cuts in corporate taxes, relaxation of foreign investor rules and the biggest privatization drive in more than a decade.

Indian voters gave Modi the increased majority in both houses he asked for. India’s massive young, ambitious population is eager for change, and they knew that the only way to get it is to free the hands of government to push through much needed reform. No one is under any illusion that it will be difficult and there are going to be some vested interests in the bureaucracy who will be upset, but the need for reform is undeniable. The fact Modi is following through and tackling some of the country’s thorniest issues is about as positive sign of improving governance as anyone might hope for.

The cut to corporate taxes, streamlining the banks, forcing through bankruptcies in the nonbank lending sector, showing a willingness to stimulate the economy as growth slows and now streamlining the labour sector have all occurred in the last few months and point to a concerted effort to push through economic reforms. 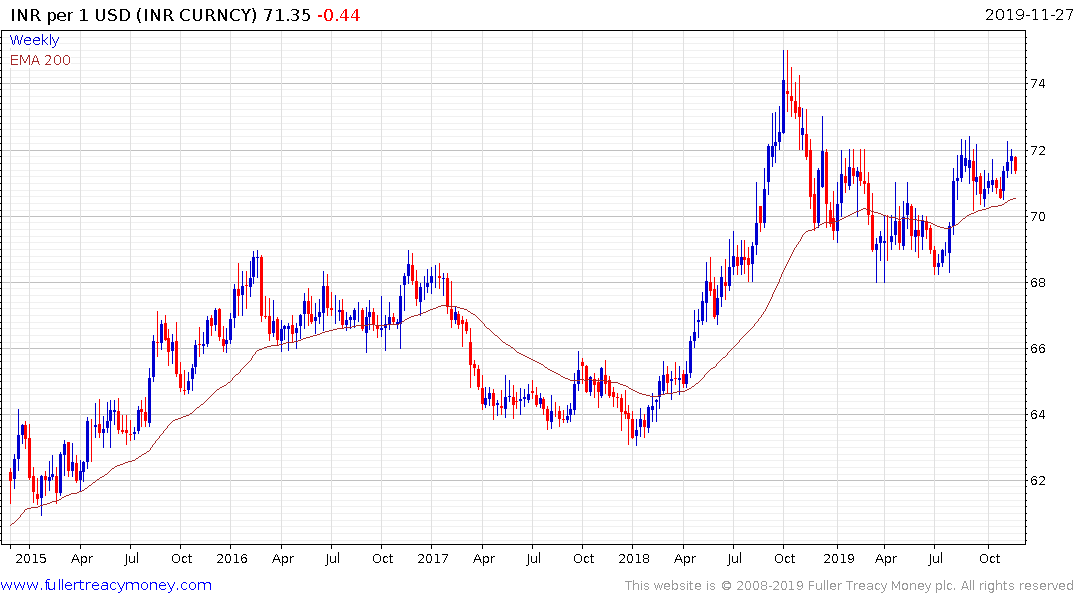 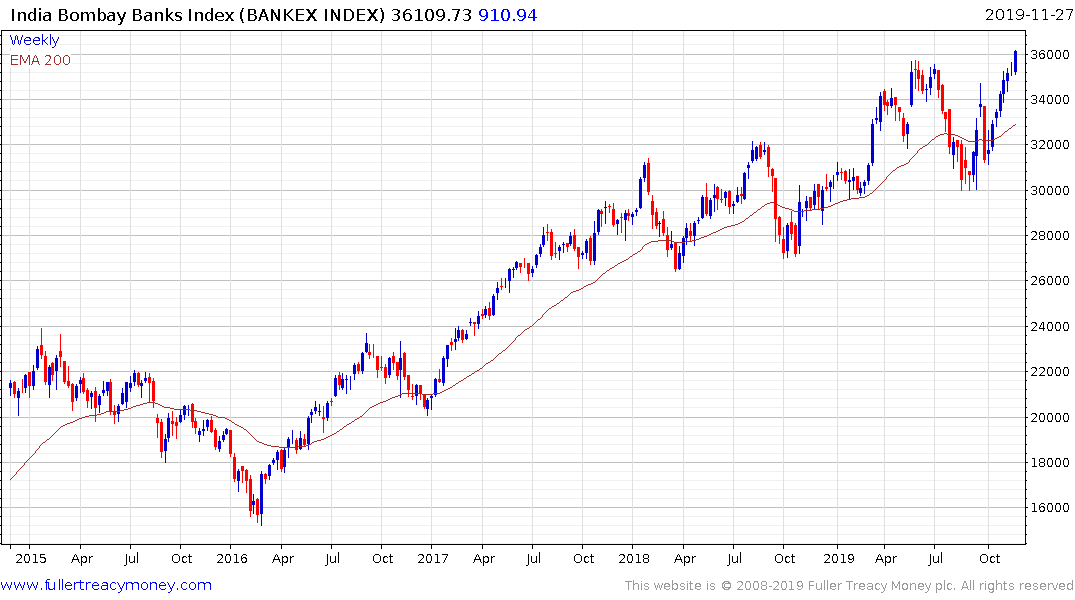 The Rupee continues to steady from the INR72.5 area while the Bombay Banks Index has broken out to new all-time highs. 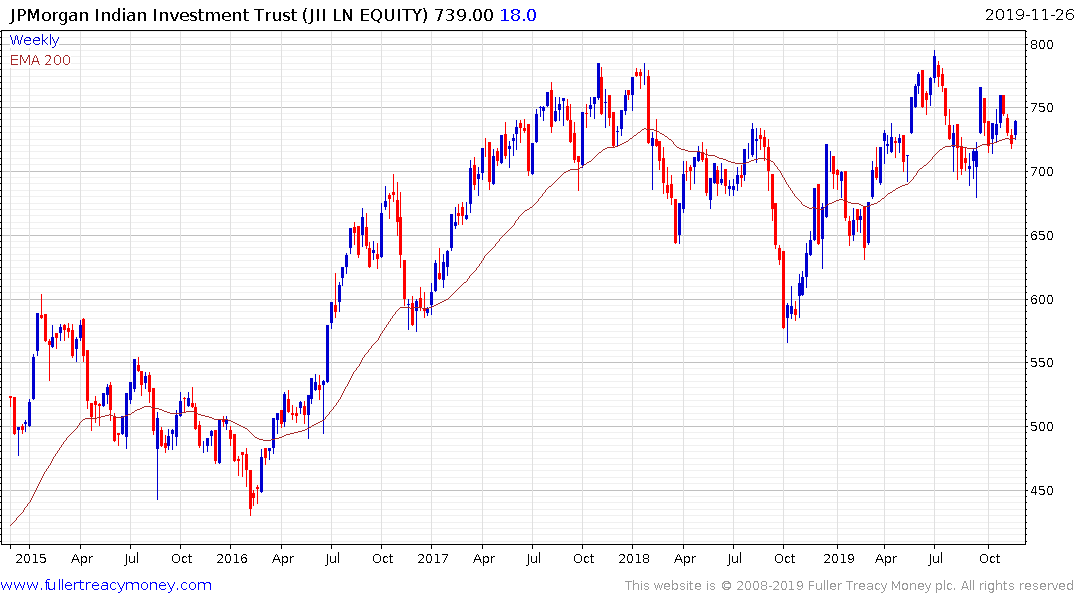 The JPMorgan Indian Investment Trust is trading a discount to NAV of 8.28% and is currently firming from the region of the trend mean.