Remember back a half-dozen years ago when all the hedgies were bearish and David Tepper came out and said something to the effect of; “if the economy weakens, then the Fed will ease and stocks go up. If the economy strengthens, then stocks will go up because earnings will be rising. Therefore I am buying.”

Well, I think it’s almost the exact opposite situation today. If the economy strengthens then Powell will hike and stocks will fall from the liquidity withdrawal. If the economy weakens, then Powell has shown he is loathe to come to the market’s rescue and he will be slow to lower rates.

I don’t think you need to overthink this. The Fed has tightened into either a slowdown, or a recession. The market sniffed it out, but the Fed ignored the signals for a bit and made the sell-off worse. Now the market is in the process of correcting that overreaction by rallying.

But don’t forget that Powell has absolutely no stomach for frothy financial markets, so beware getting too excited about the Fed’s recent dovish talk. This is not Yellen or Bernanke’s Fed. Powell has a different set of beliefs, and although he has succumbed to market pressures for the moment, it won’t take much for the old tone-deaf Powell to return.

Powell reiterated his view today in expressing the Fed’s patience with interest rate hikes but committing to continued balance sheet run-off. The market has already priced in the opinion the Fed will not raise rates again and will probably be cutting rates in 2020. 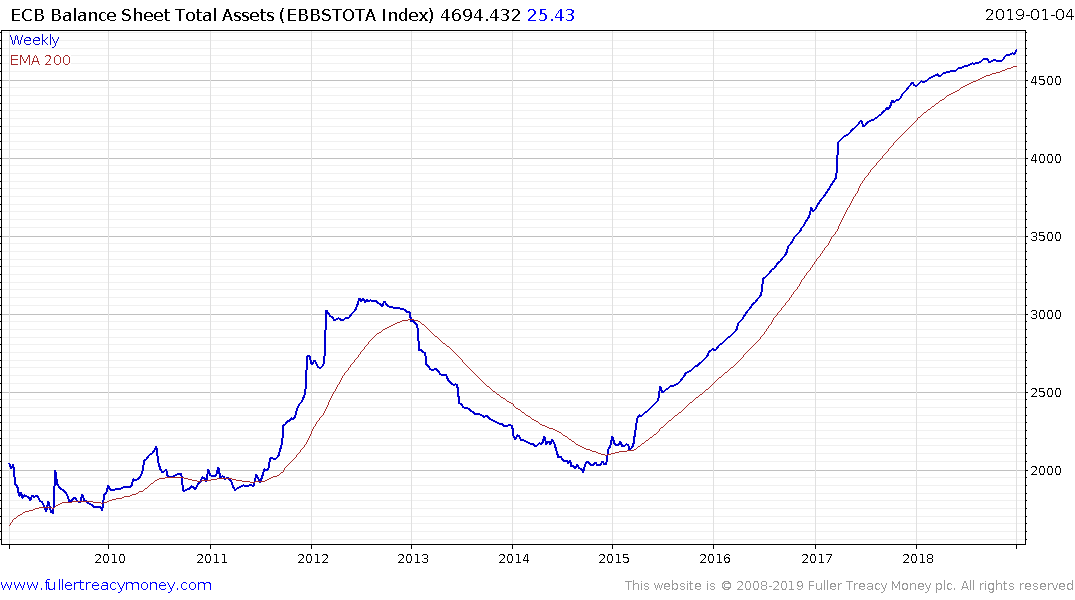 We already have evidence of what balance sheet run off does. The ECB took €1 trillion out of circulation between 2012 and 2014 and caused deflation. There is no reason to believe the Fed’s course of action will prove any different, particularly if no fresh fiscal stimulus is announced. 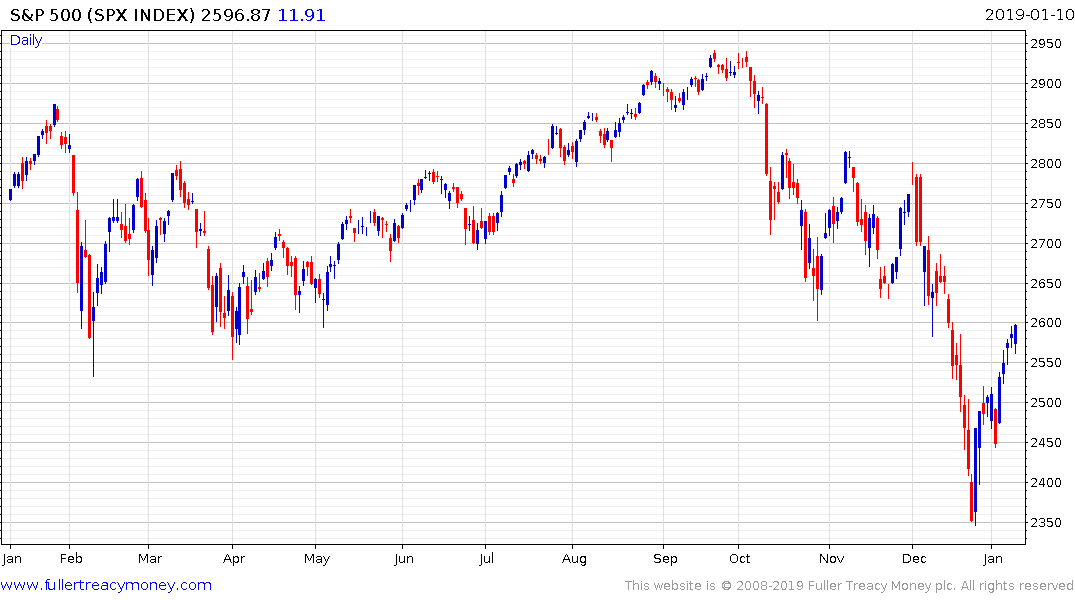 Wall Street has replaced a short-term oversold condition with a short-term overbought condition is now testing the first area of potential resistance. This is a natural area for some consolidation. If the recovery hypothesis is to be given the benefit of the doubt then any consolidation will occur above the late December lows and the next rally will take the S&P500 above 2600.