In the current year, the gold price seems to be running two months ahead of its seasonal pattern established over decades. The top on January 6th was followed by a clear wave down lasting almost three months until the end of March. This correction would actually have been more typical for the period March to June. With the double low reached at the end of March, the beginning of the usually strong summer phase would be conceivable from May or June this year. In the short term, seasonality continues to urge patience. At the very latest, the gold price should be able to take off again from the beginning of July.

The re-opening of the Chinese gold import window and the bottoming in demand from India represent examples of Asian buying looking to accumulate on weakness. Meanwhile, investment demand continues to moderate as ETF holdings remain under pressure. That suggests institutional buyers have been sufficiently chastened by the decline to want to wait of clear evidence of a bottom before recommitting. 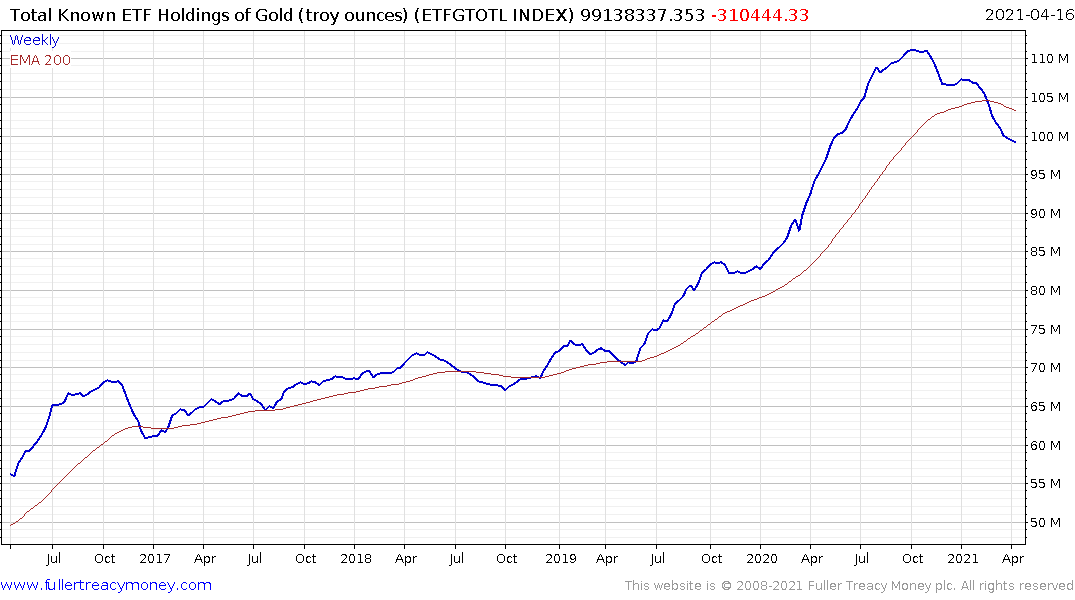 The big question therefore is what will offer that kind of evidence? Gold has rallied by in excess of $100 from $1900, $1800 and now $1700. After each of the last two attempts it fell to a new reaction lows around the next round number. The clear conclusion is that it will need to hold the $1700 during the next set back and subsequently push on to new recovery highs. Ideally, it will need to sustain a move above the 200-day MA and the $1860 area to confirm a return to demand dominance.

The seasonality chart contained in the above report suggests it would not be unreasonable to expect the low in gold to occur quite soon. 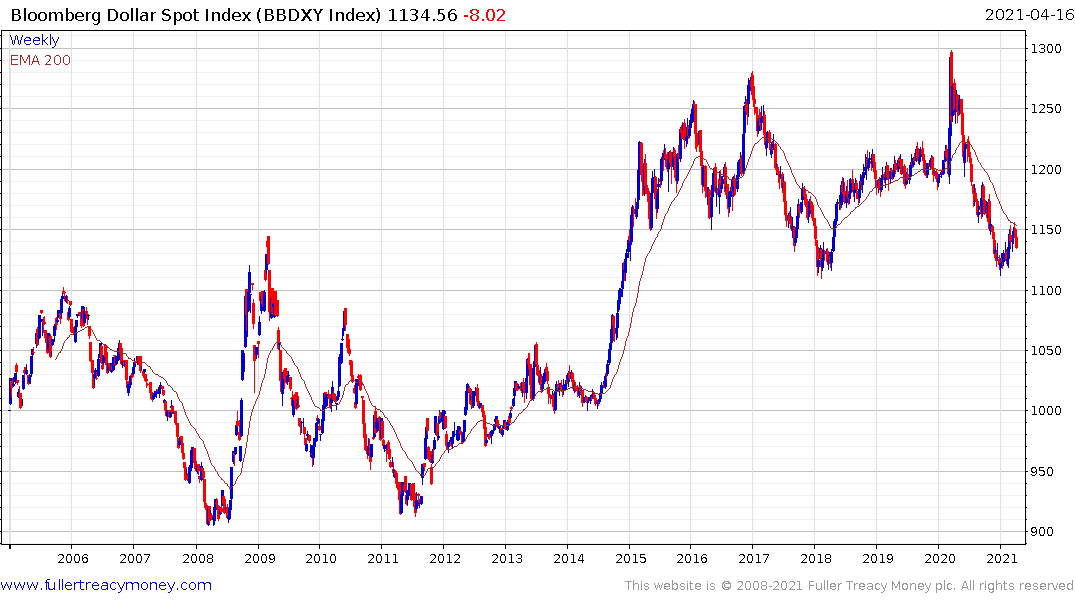 The Bloomberg Dollar Index continues to extend its decline from the region of the trend mean. This long-term chart has type-3 top formation characteristics which suggests major top formation is close to being completed. That’s likely to sharpen the minds of investors on the ramifications of continued outsized monetary and fiscal stimulus.