Microsoft Corp. shares rose in early trading on Wednesday after the software giant gave a forecast that reassured investors the company’s Azure cloud-computing business still has potential to drive growth.  The company predicted Azure’s revenue growth rate would pick up in the fiscal third quarter from the second, excluding the impact of currency fluctuations. The stock gained about 5% in premarket trading in New York. “This will help calm Street tech growth worries,” said Dan Ives, an analyst at Wedbush.

Microsoft’s fiscal second-quarter earnings report on Tuesday showed sales that topped $50 billion for the first time and profit that exceeded analysts’ estimates, fueled by cloud, gaming and Windows software. But Azure revenue, up 46% in the period, decelerated from recent quarters and missed analysts’ rosiest estimates, sending the stock tumbling before executives issued a more optimistic forecast for the business later in the afternoon.

When I was recording the audio last night Microsoft was down in after hours trading. Shortly afterwards, the company released a more upbeat opinion of what they think the next quarters will look like so the share rebounded. Nevertheless, growth in demand for cloud services is moderating which is to be expected following the mass adoption event that accompanied the pandemic. 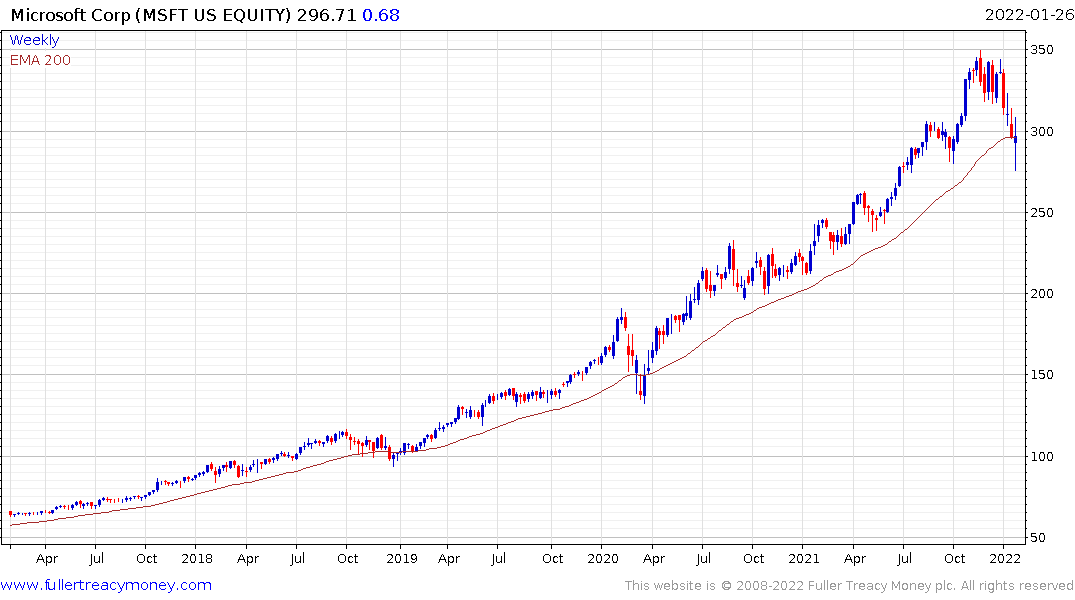 The share remains in the region of the trend mean but needs an additional catalyst to sustain a rebound. 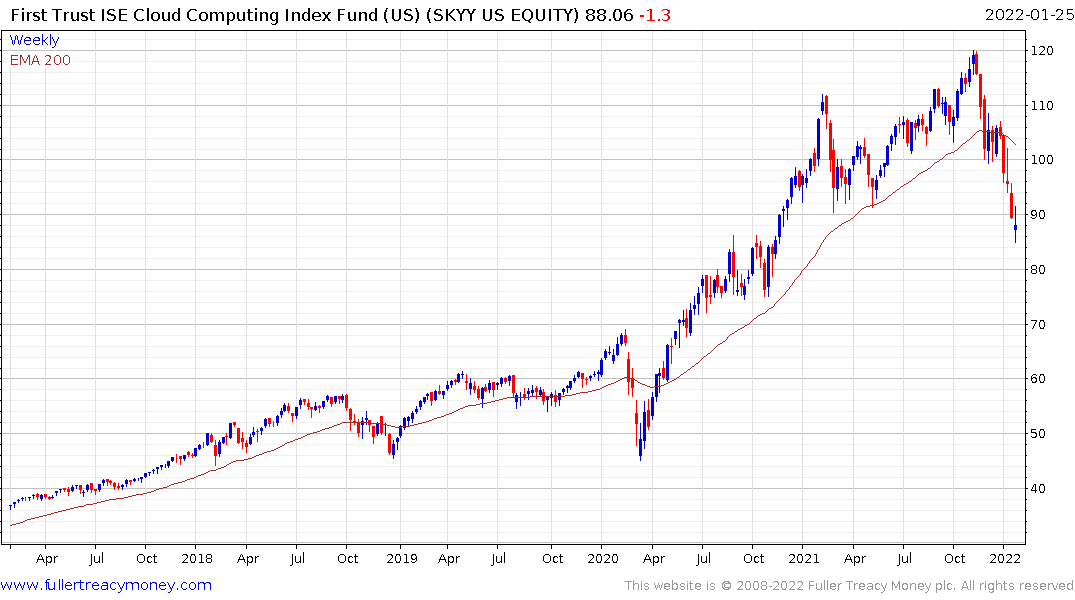 The Cloud Computing ETF has paused in its downtrend. The bigger picture reflects a total loss of uptrend consistency. The base scenario is this is a medium-term correction which could result in ranging for a couple of years before new highs are sustained. A significant infusion of liquidity will be required to change that prognosis.

Taking into account with the Fed’s statement today, a major liquidity infusion is unlikely.