RBC Capital Markets, Alex Zukin
This was “a strong start” to the year, “with bookings strength across the board” and “no macro weakness.” The revenue outlook “was lower than expected but with stronger margins, as gaming is expected to be weak.” Outperform rating, price target raised to $163 from $160.

Microsoft has transformed itself from a software maker to a software as a service company (SaaS). In the process it has transformed its lumpy cyclical cashflows into a steady revenue stream which is much more easily modellable. That allows analysts a much higher degree of comfort with the balance sheet and that generally commands a higher multiple. This subscription business model affords Microsoft and other companies growth rate and margins of a tech company but with the cashflows of a consumer staples company.

The evolution of the cloud computing sector for large companies like Microsoft, Amazon and Google, where they are building the data centres, renting space on their servers and providing services is a further iteration of the SaaS business model but with hardware/storage characteristics. One of the reasons Amazon’s earnings were weaker is because it is now dealing with competition from both Microsoft and Google. The latter has just signed up Oracle’s former CEO to head its cloud division which further highlights its intent to compete. 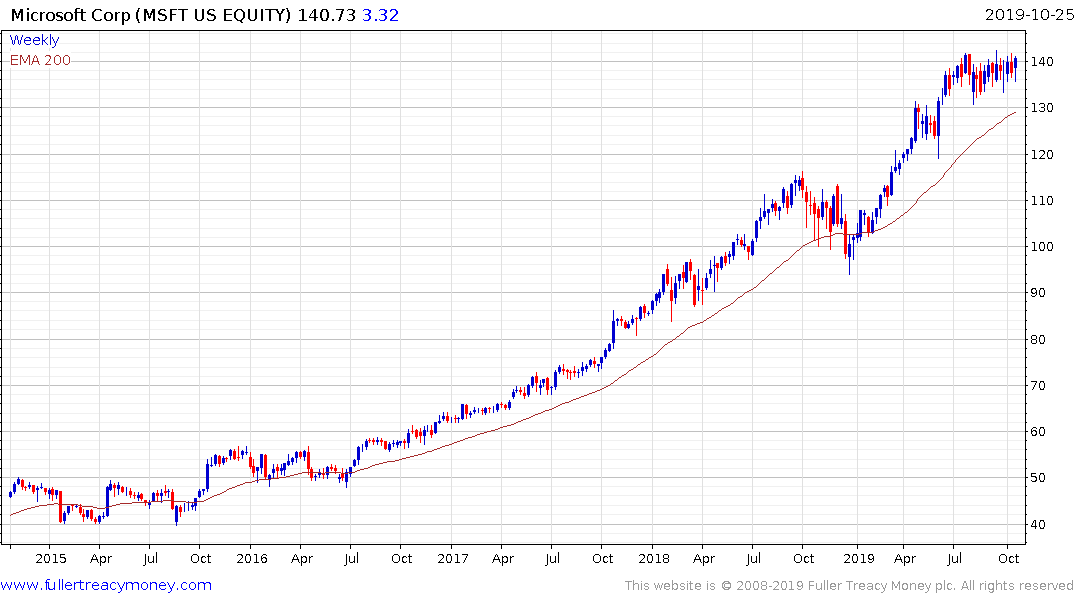 Microsoft has been confined to a tight range since July which has allowed the trend mean to catch up. It is back testing the upper boundary and a sustained move below $130 would be the minimum required to question the consistency of the uptrend. 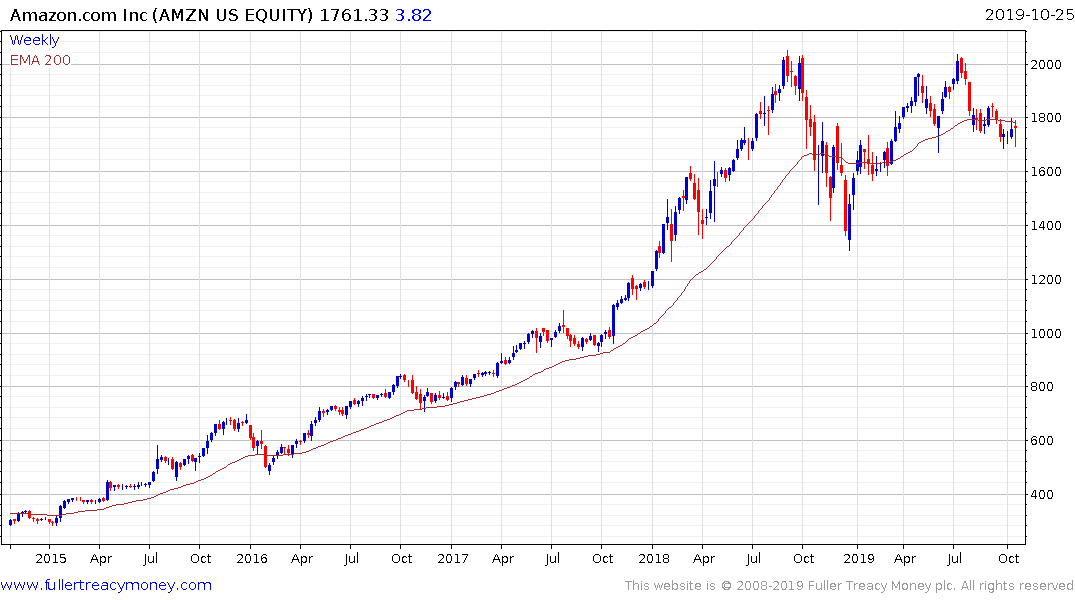 Amazon is the buy-the-dip stock of this cycle and bounced impressively from the weak open to close most of the decline. A sustained move below $1700 would now be required to question current scope for some additional upside.

Google/Alphabet continues to testing the upper side of its medium-term range and a sustained move below $1170 would be required to question potential for a breakout. 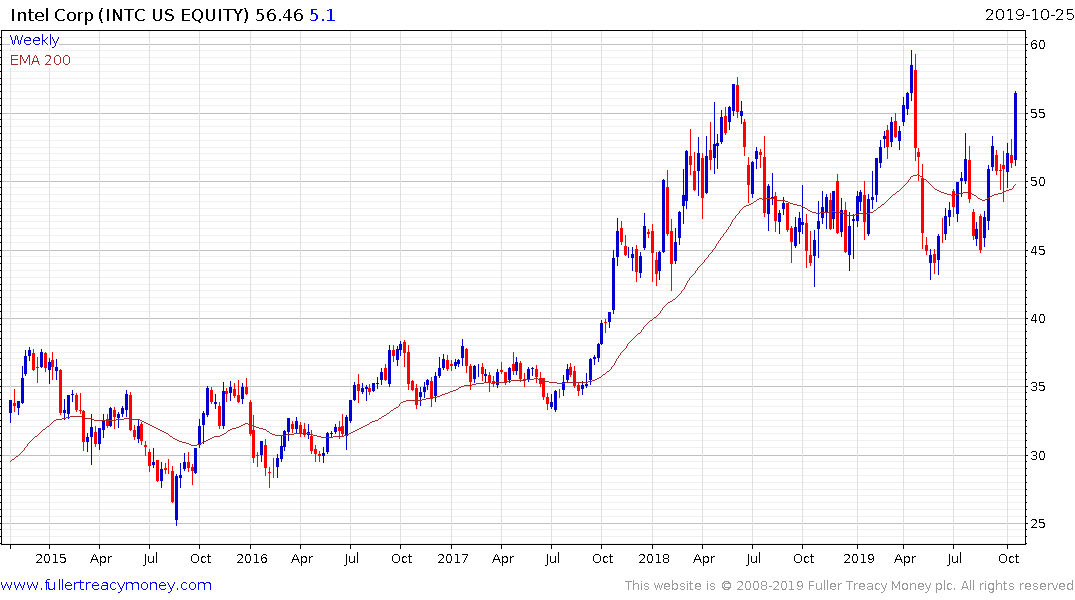 Intel is attempting to build a future on supplying chips to server farms and the share has a similar medium-term range to the above shares. 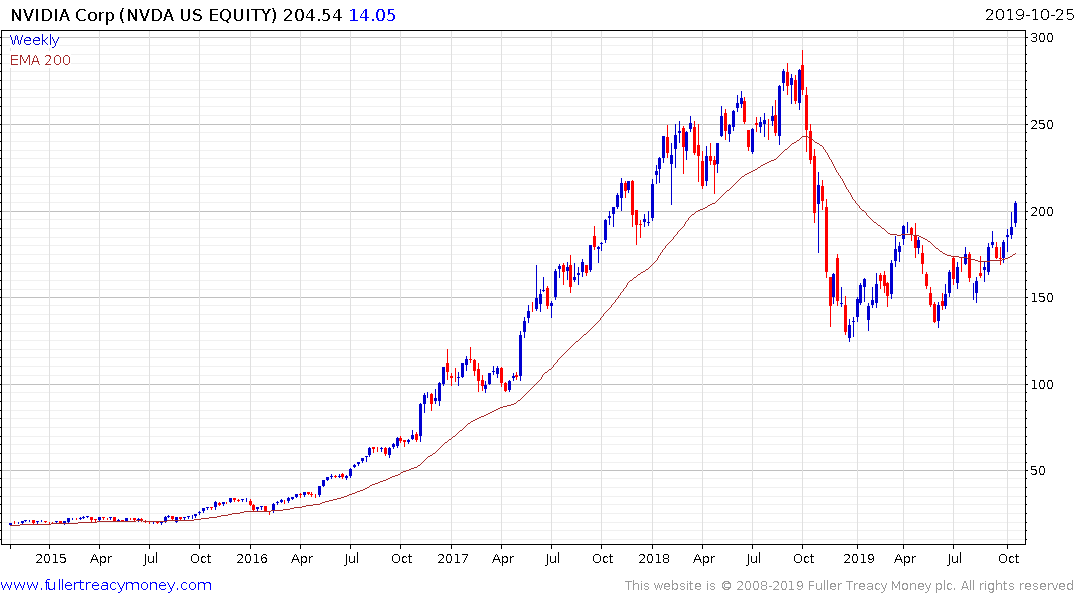 Nvidia broke out to new recovery highs this week which bolsters the argument for a recovery. 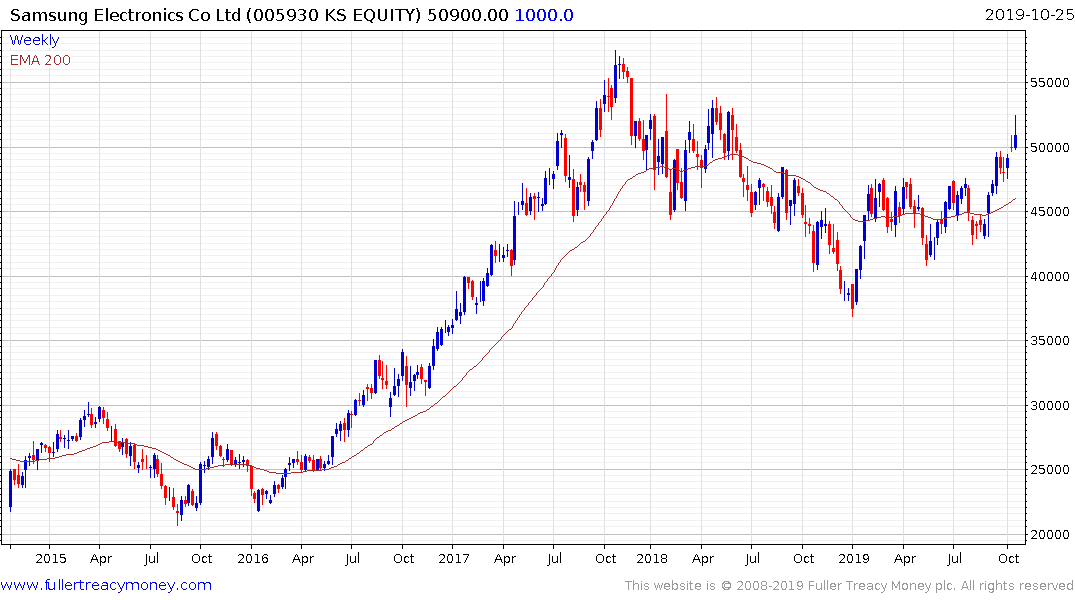 These companies have been led higher by large chip manufacturers like Samsung and Taiwan Semiconductor.

The Philadelphia Semiconductors Index appears to be breaking on the upside and that is potentially leading the wider market.