The gains add to optimism that Chief Executive Officer Nadella can revitalize growth by focusing on Web-based services and productivity applications. More than 70 percent of Fortune 500 companies are now using at least two different Microsoft cloud services, Nadella said on Thursday. His plan to focus on apps for rival platforms is also attracting users, with 340 million downloads of Office apps on Apple Inc.’s iOS and Google’s Android.

“They have two things going for them -- one, the belief that Nadella is driving innovation towards the cloud, and No. 2, Amy Hood has had a blowtorch out on expenses," said Brent Thill, an analyst at UBS AG, referring to Microsoft’s chief financial officer. “It’s a totally different vibe coming out of that place that it was three years ago."

Governance is everything has been a refrain veteran subscribers will be familiar with. Microsoft offers a powerful example of how a newly energised board can have a transformative effect on earnings and perhaps more importantly perceptions of further potential. 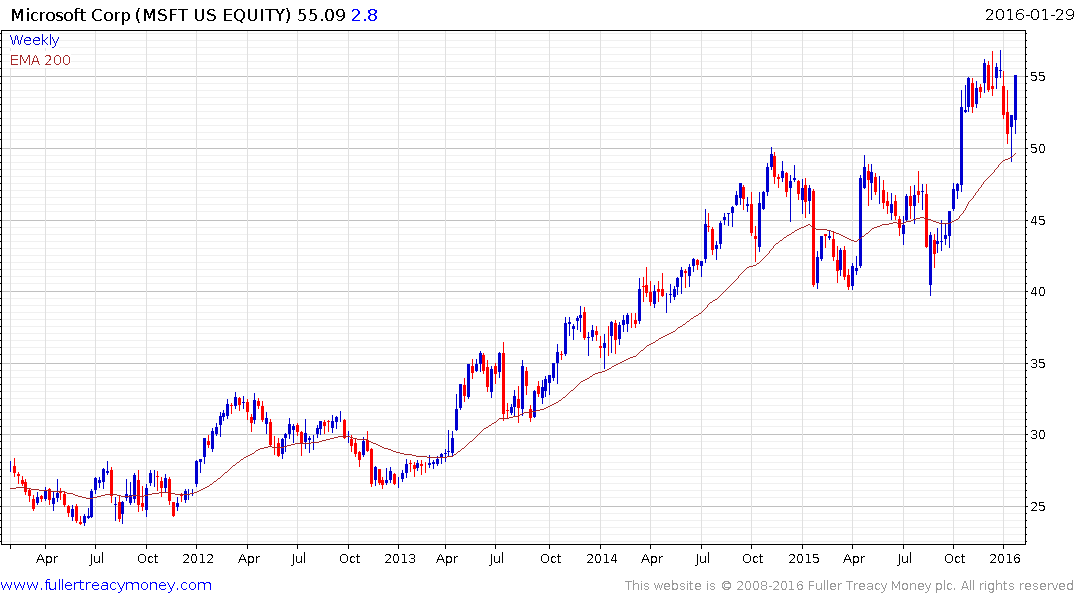 Microsoft is one of a relatively small number of large cap companies that is still trading above its 200-day MA. 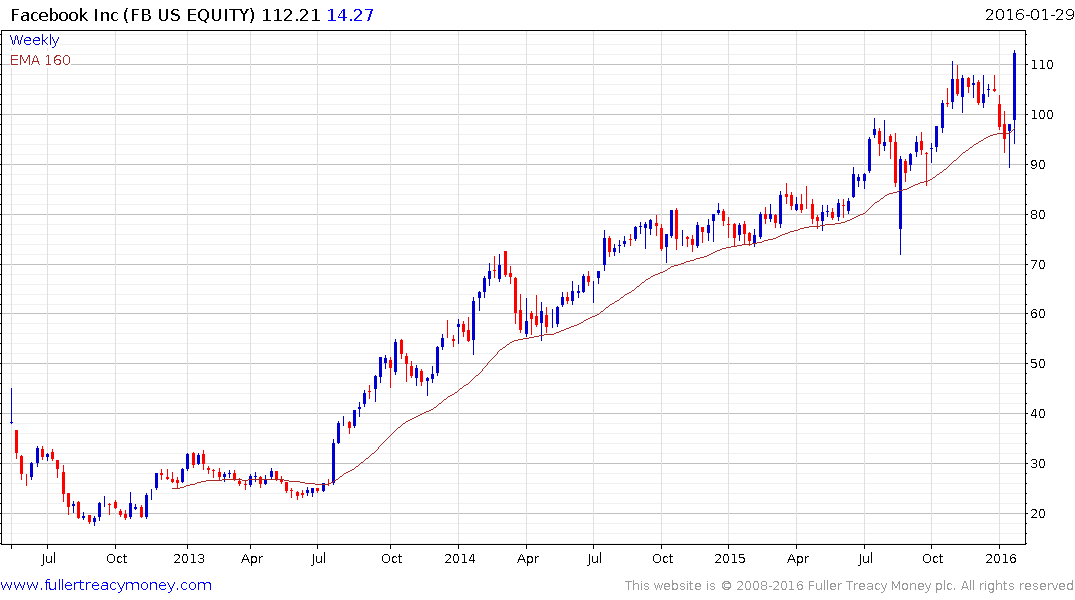 Facebook’s impressive earnings yesterday are an additional example of a company that has bounced emphatically from the region of the 200-day MA. 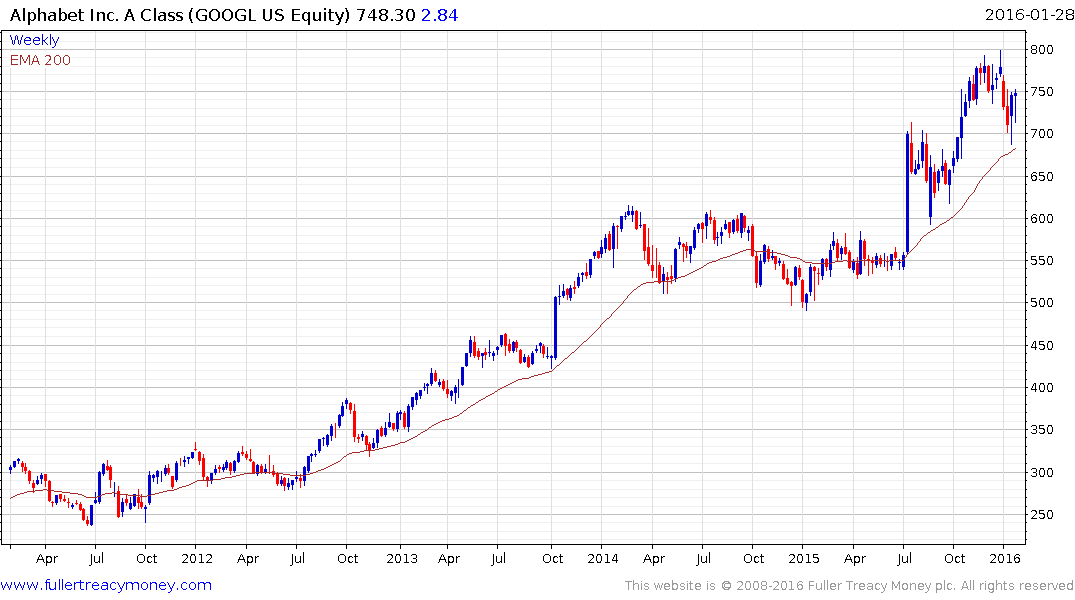 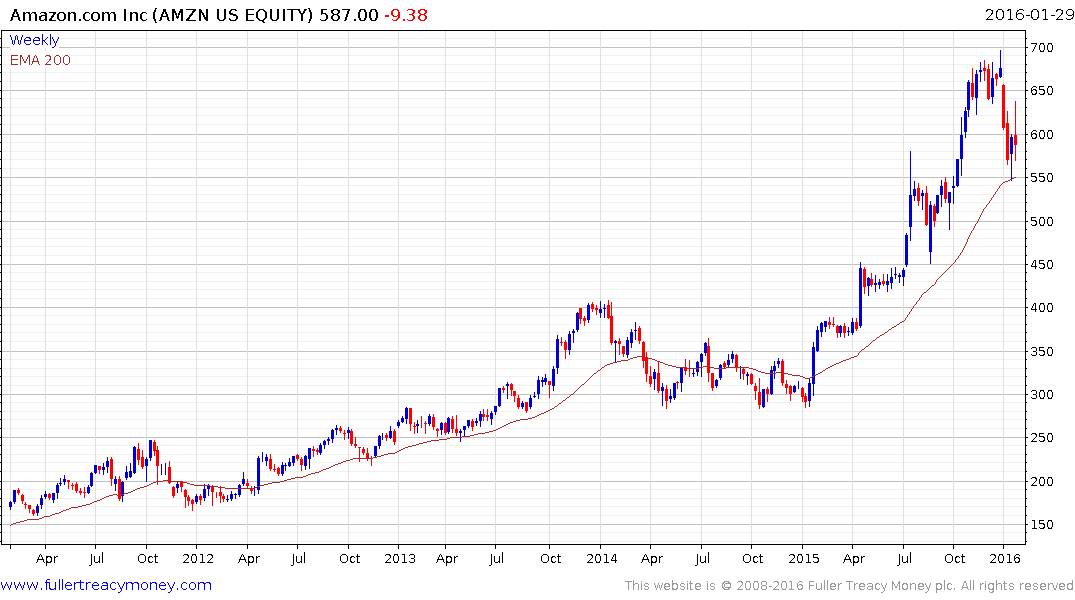 Amazon had rallied in anticipation of positive earnings which were not justified today. The share is still trading above its 200-day MA but will need to hold in the current region if the medium-term uptrend is to continue to be considered consistent.