“The trade balance figure is a positive as it signals the possibility that external demand could be a more supportive factor for growth,” Juan Carlos Alderete, a strategist at Grupo Financiero Banorte SAB in Mexico City, said in an e-mailed response to questions.

Mexico’s trend of improving standards of governance turned meaningfully upwards following the ambitious legislative agenda of the new administration aimed at fostering growth and opening up the energy sector to foreign investment. As a result the Mexican Peso fell less than other commodity influenced currencies in January and has since retraced the entire decline. 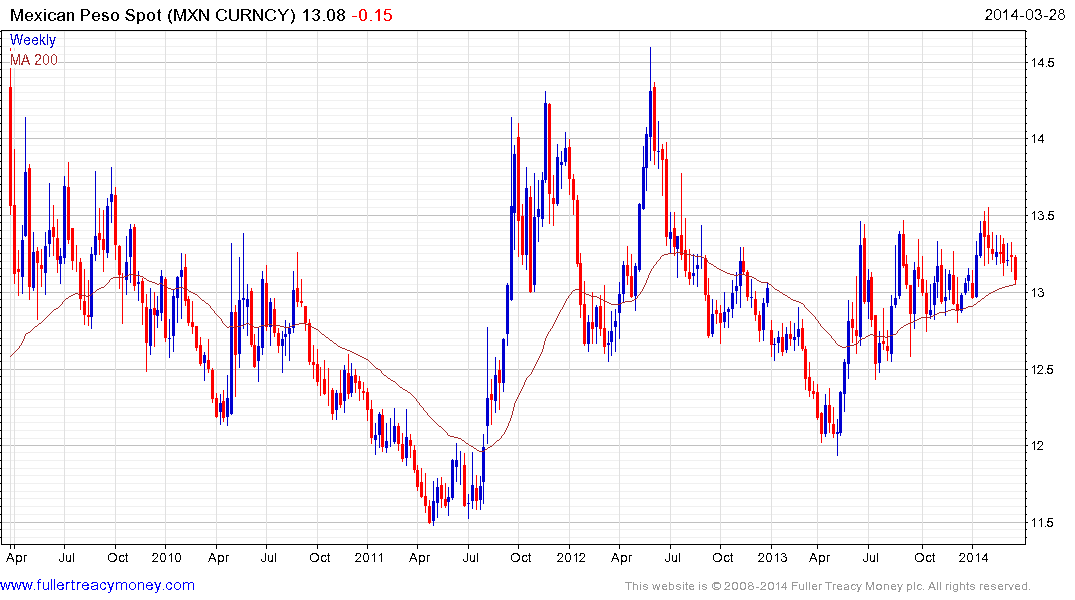 The Mexbol Index lost momentum from early 2013 and spent much of the last year ranging below the 200-day MA. It bounced emphatically from the lower side last week and a sustained move below 37,500 would be required to question potential for additional higher to lateral ranging. 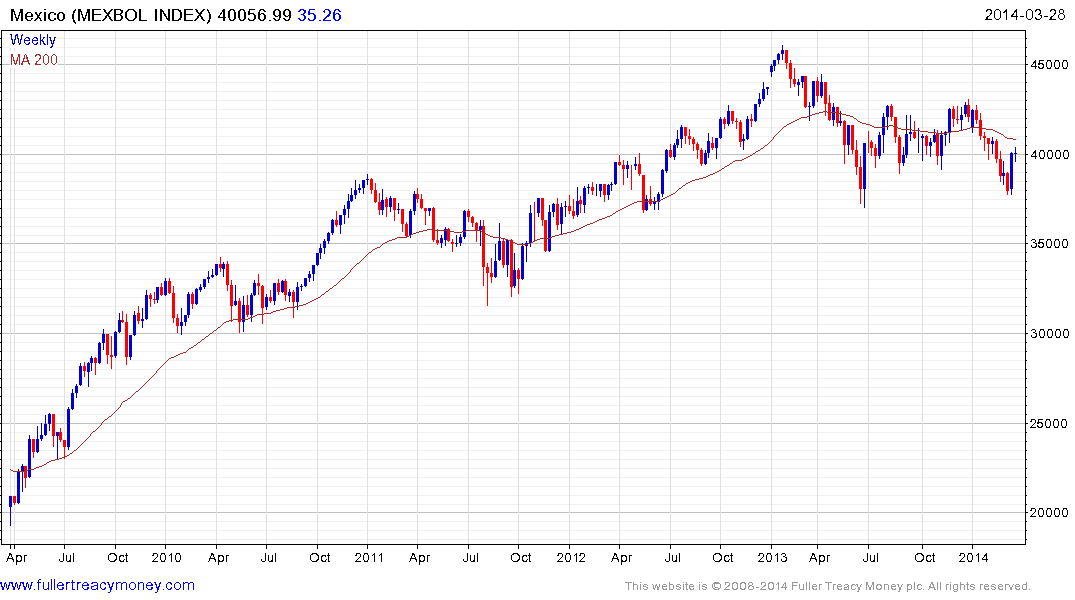