German Chancellor Angela Merkel made a pitch for a radical recovery proposal for the virus-ravaged European Union and warned her cohorts that there was no time to lose.

Her words carried extra weigh, spoken in person on Monday alongside Emmanuel Macron. The French president is the other heavyweight in the euro. He is a long-term advocate of ever-closer collaboration for a common position on international relations and a joint fiscal policy.

Germany has always been the more reluctant partner on both fronts, but there are signs the famously cautious Merkel is letting up.

“Talks won’t fail because of us,” Merkel told reporters in Meseberg, Germany. “But there will be no new proposal.”

Merkel’s exhortation comes before all 27 EU members gather in Brussels on July 17 to discuss a stimulus package that would see the bloc issue 750 billion euros ($845 billion) in joint debt and make 500 billion euros of that in grants to the nations most affected by the coronavirus crisis.

The plan, which needs the unanimous approval of all EU members, seeks to tackle divergences in the region’s internal market that have widened as a result of the uneven impact of the outbreak and differing national responses.

Here is a summary of what the director general of the WHO had to say today:

Tedros Adhanom Ghebreyesus, director general of the World Health Organization, said that living with Covid-19 is the “new normal” and that “we will need even greater stores of resilience, patience, humility and generosity in the months ahead.” He spoke Monday at a press briefing in Geneva.

This market environment, where reliance on continued supplies of additional liquidity is an intrinsic factor in supporting asset prices, means that bad news Is good news. The rising numbers of cases and the need for a decision on whether to increase fiscal stimulus before the summer recess will likely focus minds on additional measures to support the global economy. 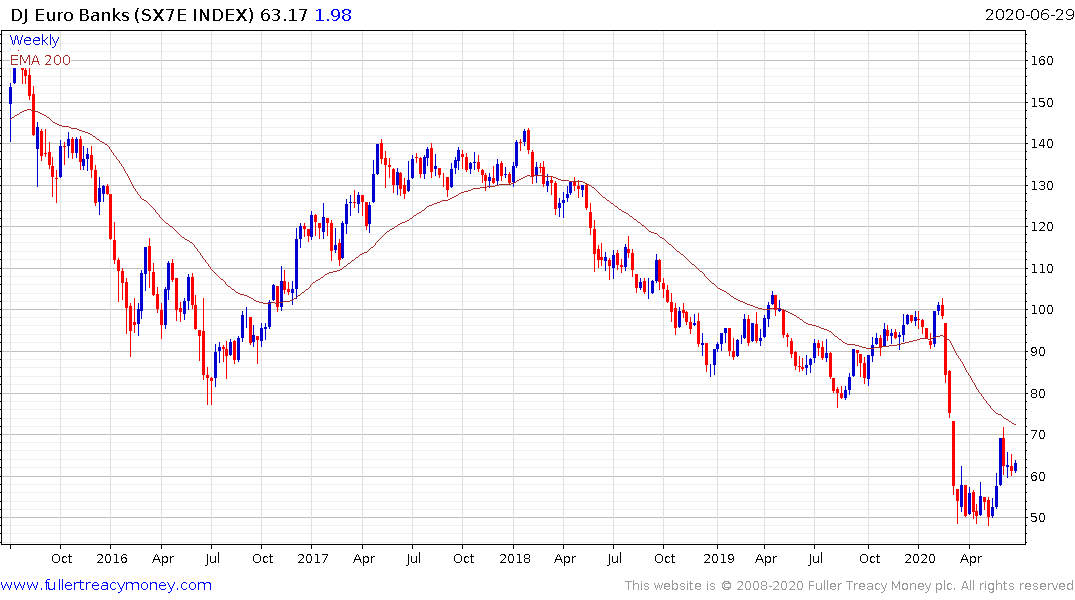 Europe is where this is most relevant because it has thirsted for additional fiscal measures for more than a decade. The Euro STOXX Banks Index continues to firm from the upper side of the underling base formation. 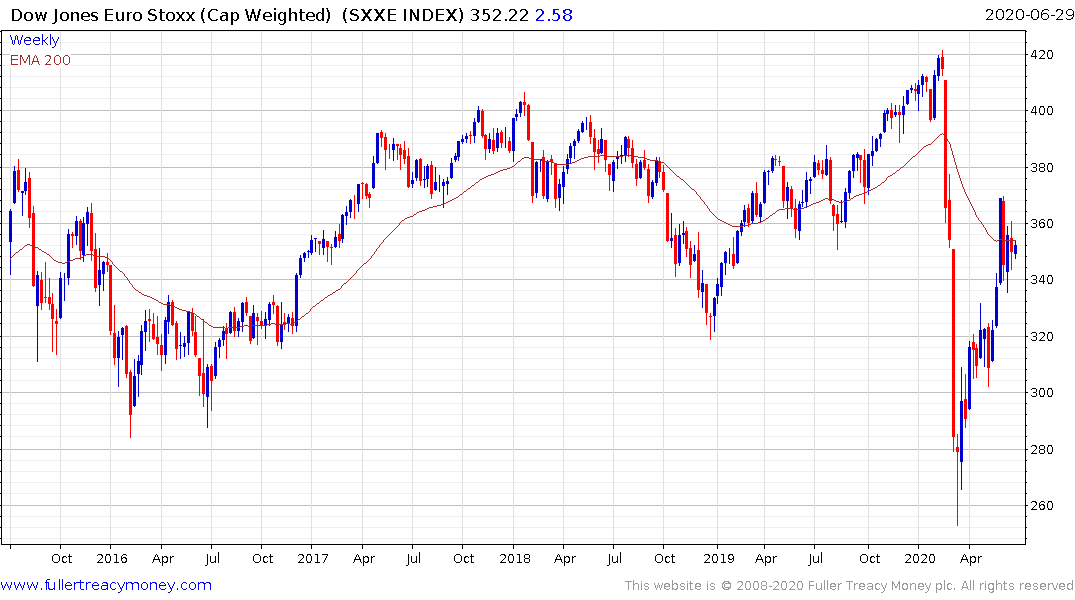 The Euro STOXX Index shares a similar pattern with the majority of global indices outside of the tech-heavy Nasdaq and is ranging below its trend mean in what is another relatively similar-sized range.