Match, which is owned by billionaire Barry Diller’s IAC/InterActiveCorp, runs dozens of dating sites like Tinder, OKCupid, Plenty of Fish and Hinge. But the bulk of the company’s earnings gains were fueled by Tinder, which lured in more than 384,000 new subscribers in the quarter, boosting direct revenue 38 percent from the year earlier period.

The online dating app, where users swipe right to indicate interest in a potential date, now boasts 4.7 million global subscribers. Overall, Match’s average subscribers increased 16 percent with most of the new users flowing in from outside North America.

“The world is changing," said Mandy Ginsberg, chief executive officer of Match. “I’ve been here a long time and 100 percent of the revenue used to be in the U.S. and now the growth and more revenue is outside of the U.S."

With arranged marriages on the decline in India and the stigma towards online dating eroding in Japan, Ginsberg is concentrating on international expansion. There are more than 400 million single people living outside North America and Europe, two-thirds of whom have not yet tried a dating product, according to Match. Ginsberg recently revamped the company’s leadership team in Asia -- appointing general managers in Tokyo, Seoul and Delhi -- to try and grow Match’s footprint across the continent.

Economic growth in India and the subtle shift towards female empowerment represent major growth opportunities for social media and online dating companies. Narendra Modi’s election five years ago as the first low caste Prime Minister represented a signal that social striation enshrined by the caste system and sustained by the system of arranged marriages may be changing. A more open society would represent a significant change for India which has historically been socially conservative. 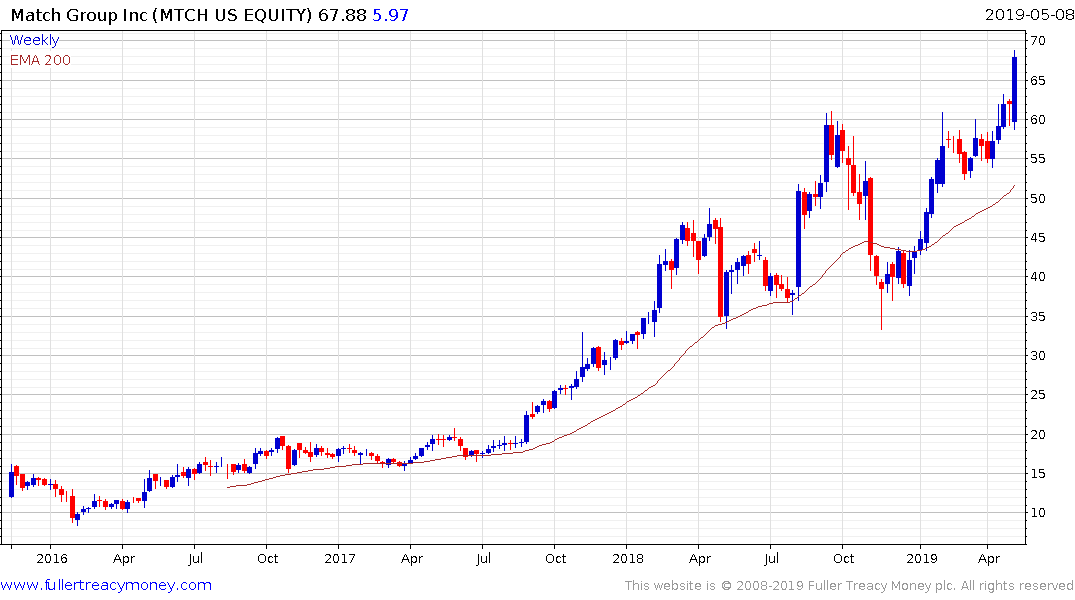 Match was spun-off from IAC Interactive in 2015 and remains in a consistent medium-term uptrend. 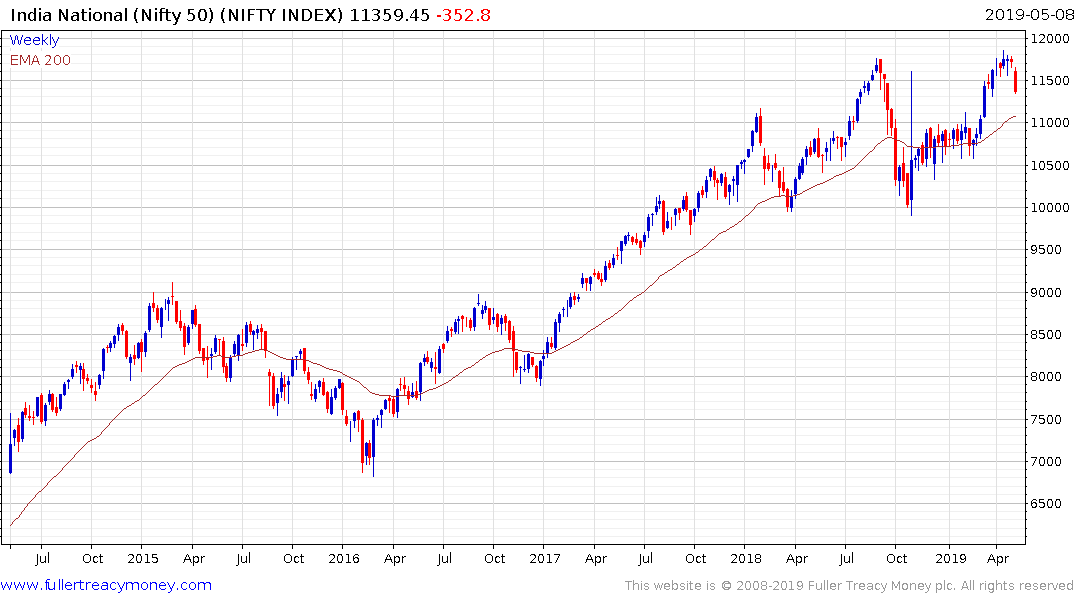 The Nifty Index pulled back rather sharply over the last two days suggesting a reversion to the mean is underway.