Multiple surveys show that traders and investors see the U.S.-China trade war as the biggest risk facing markets. Bank of America Merrill Lynch’s latest monthly poll of global fund managers, released in mid-September, revealed that the number of respondents who said trade tensions were the biggest danger outstripped by far those who cited ineffective monetary policy and the potential bursting of the bond bubble. In her first major address as head of the International Monetary Fund, Kristalina Georgieva said Tuesday that the global economy is in a synchronized slowdown, in part due to trade uncertainty. Also on Tuesday, the National Federation of Independent Business said its small-business sentiment index fell to near the lowest level of Donald Trump’s presidency. Even more notable was that the part of the index measuring “uncertainty” plunged to its lowest since February 2016.  “More owners are unable to make a statement confidently, good or bad, about the future of economic conditions,” the group said, with 30% of respondents reporting “negative effects” from tariffs. To cut to the chase, if businesses can’t forecast with any confidence, how can investors or strategists?

U.S. and China trade negotiators are scheduled to meet on Thursday to resume talks. What’s discouraging is that instead of making conciliatory comments, each side seems to be hardening their stances. Chinese officials said Monday that what isn’t on the table from China’s perspective — and never will be — are changes to its laws to protect foreign intellectual property. Later that day, the U.S. placed eight of China’s technology giants on a blacklist over alleged human rights violations against Muslim minorities. In response, China hinted that it might retaliate. Then the news broke that the Trump administration is moving ahead with discussions around possible restrictions on portfolio flows into China. None of this sounds like either side is ready to make a deal.

Political rhetoric amplifying ahead of the start of negotiations have been a trend that has evolved over the last year. Each of the other occasions has ended in disappointment and the market is now pricing in a similar conclusion to the upcoming talks. 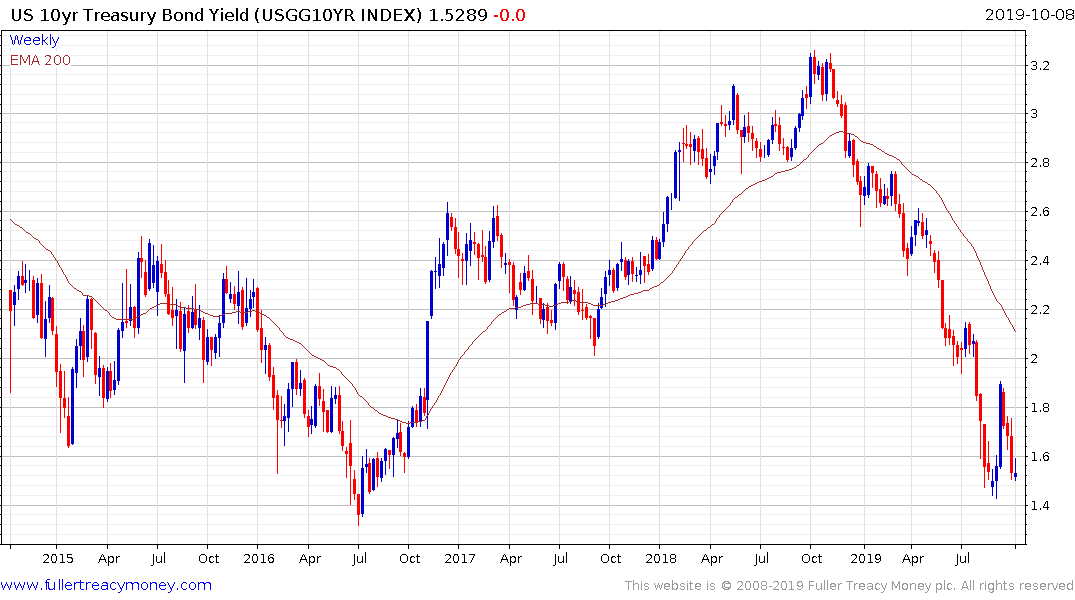 Treasury yields are back testing the lows near 1.5% and a further bounce will be required to signal supply dominance. 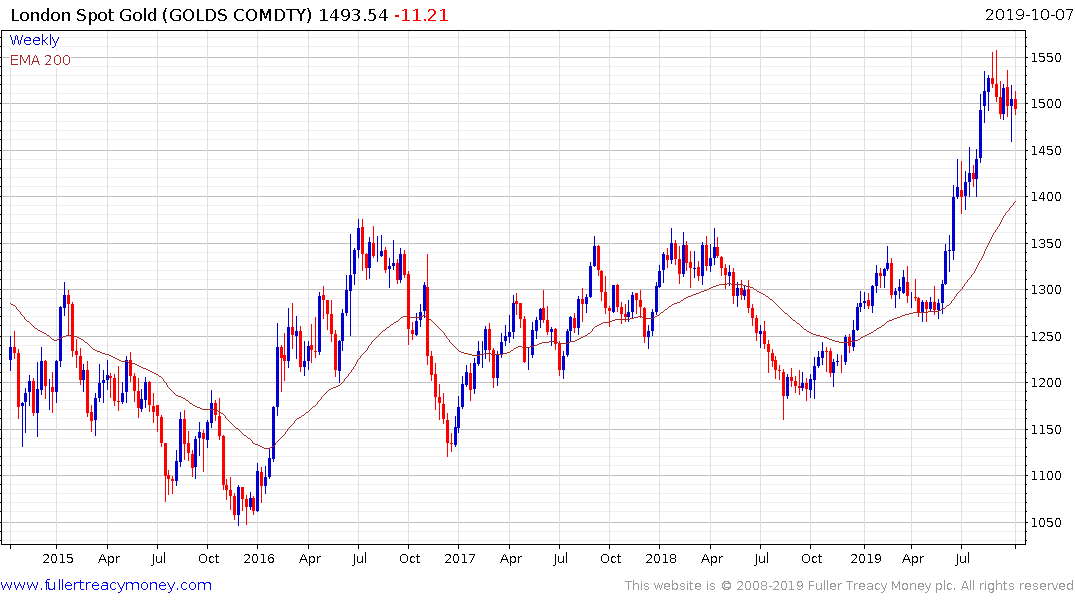 Gold continues to steady near $1500 and a sustained move below the trend mean would be required to question medium-term scope for continued upside.