Markets are suggesting that any snap election called by Japanese Prime Minister Shinzo Abe would take advantage of his opponents’ weakness and see him retain power.

A victory would ensure the continuation of Abenomics, the recipe of mega monetary easing, flexible fiscal policy and selective deregulation that’s helped Japan’s economy to its longest sustained expansion since before the global crisis. Abe, who’s expected to decide on the early ballot after returning from a U.S. trip, is capitalizing on growing public support for his management of the North Korean crisis.

We learned from Theresa May’s experience that being presumptuous about the ability of politicians to extend their majority can be a dangerous game. Nevertheless, Abe is a seasoned campaigner and one of Japan’s longest serving Prime Ministers. With a fresh mandate, he could help promote further reform. 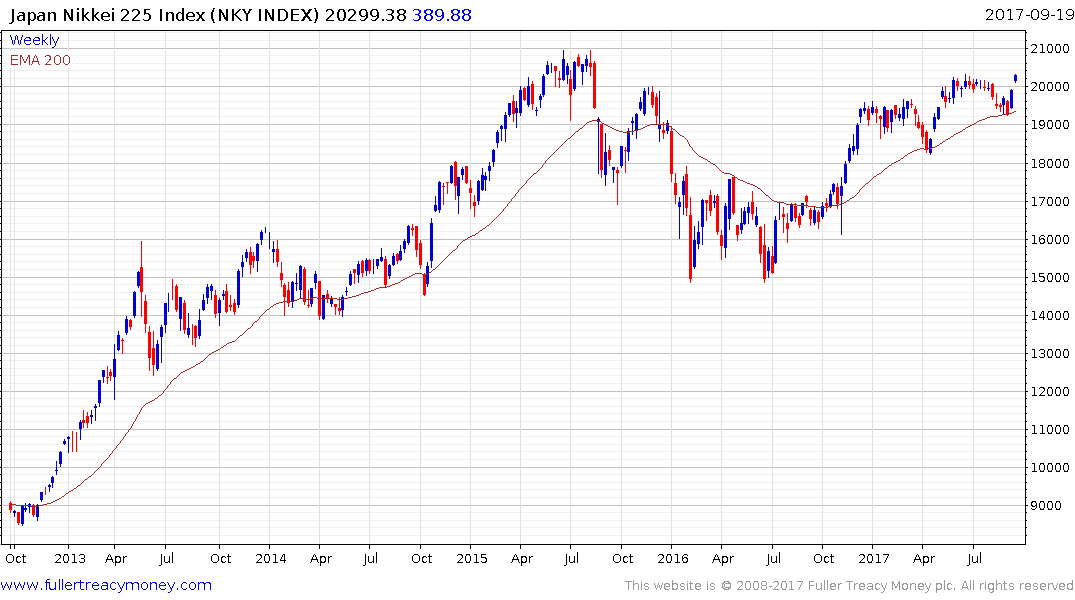 Meanwhile, the BoJ continues its quantitative easing program which includes not inconsiderable purchases of equities.
The Nikkei-225 broke successfully above 20,000 today to post a new 2-year high. It traded between 20,000 and 21,000 for a few months in 2015 before experiencing a steep decline but on this occasion the move looks better supported. In the interests of full transparency, I have a long position in the Nikkei but a sustained move below 19,000 would be required to question medium-term scope for additional upside. 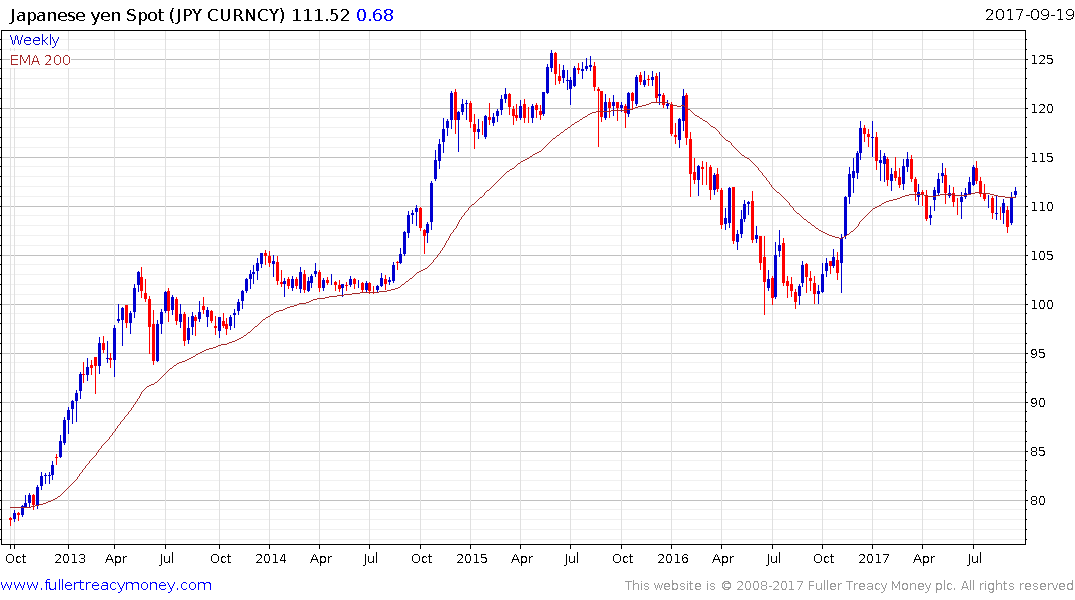 The US Dollar has rallied over the last few sessions to break the short-term downward bias evident since July. However, a sustained move above ¥115 would signal a return to demand dominance beyond the short term. 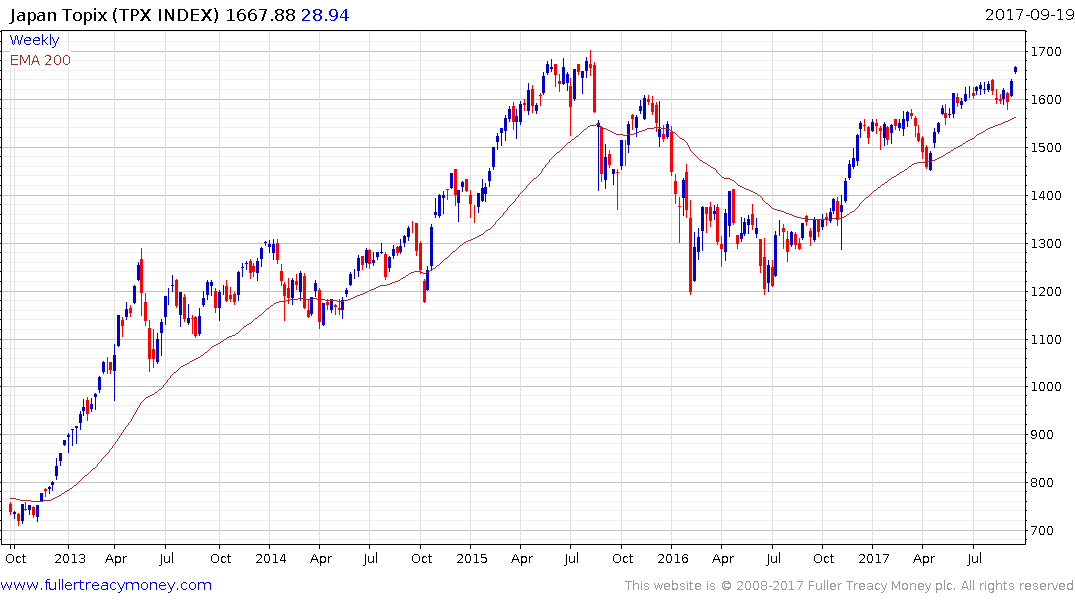 Longer-term the broad Topix Index has been ranging below 1750 since 1991. A sustained move above that level would lend credence to the view Japan is moving out of a secular period of stagnation.