Marijuana Legalization Is Now in Sight. Here's How to Play It With Options
Comment of the Day

Marijuana Legalization Is Now in Sight. Here's How to Play It With Options by Eoin Treacy

A trio of U.S. senators has given investors the green light to invest in marijuana stocks, an endorsement that suggests the volatile sector might finally blossom into something as acceptable and regulated as alcohol.

“In the early part of this year, we will release a unified discussion draft on comprehensive reform to ensure restorative justice, protect public health and implement responsible taxes and regulations,” they announced Feb. 1 in a joint statement.

The cannabis sector went through a painful rationalisation as early efforts to increase supply suppressed the margins. That led of a significant decline in 2018/19 for many of the more leveraged companies. With the Presidential election in the USA ushering in a new administration speculation began to ramp up that cannabis legalisation was back on the menu. 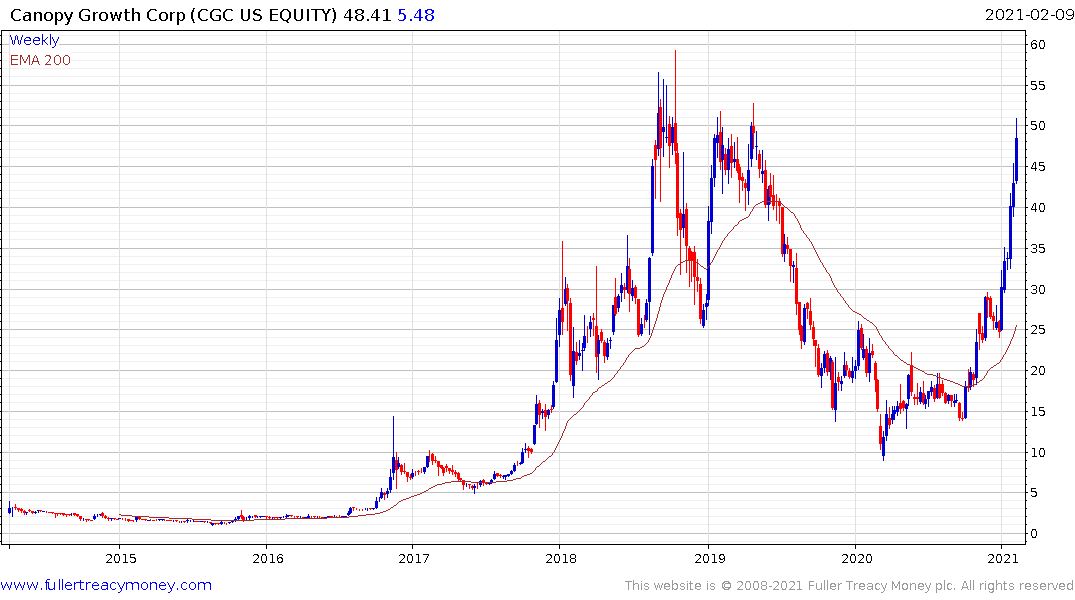 Canopy Growth Corp is back in the region of the its peaks following an impressive breakout from its yearlong base formation. 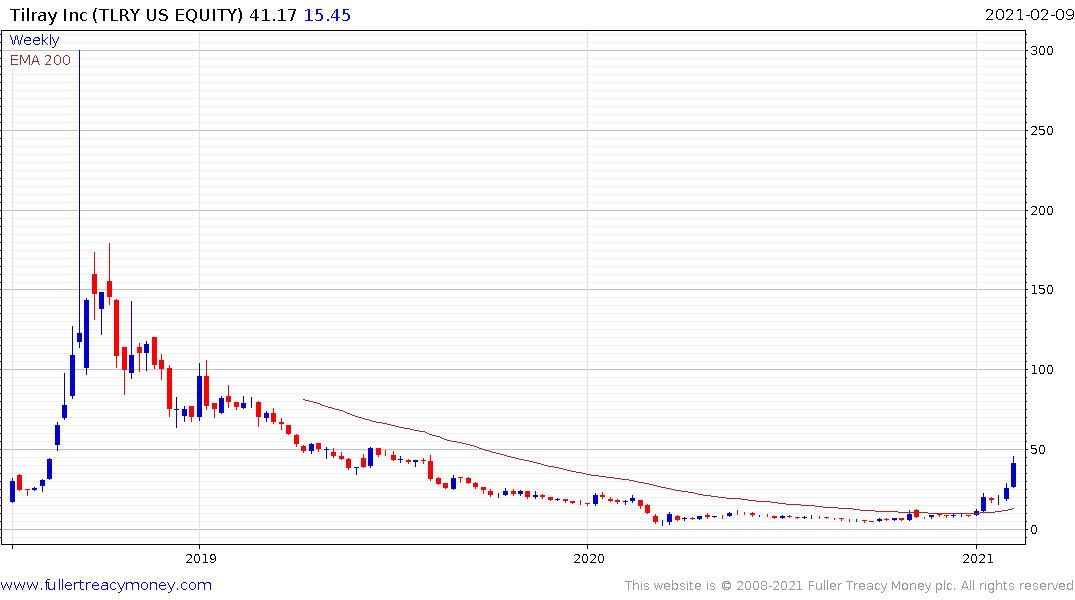 Tilray broke out five weeks ago. 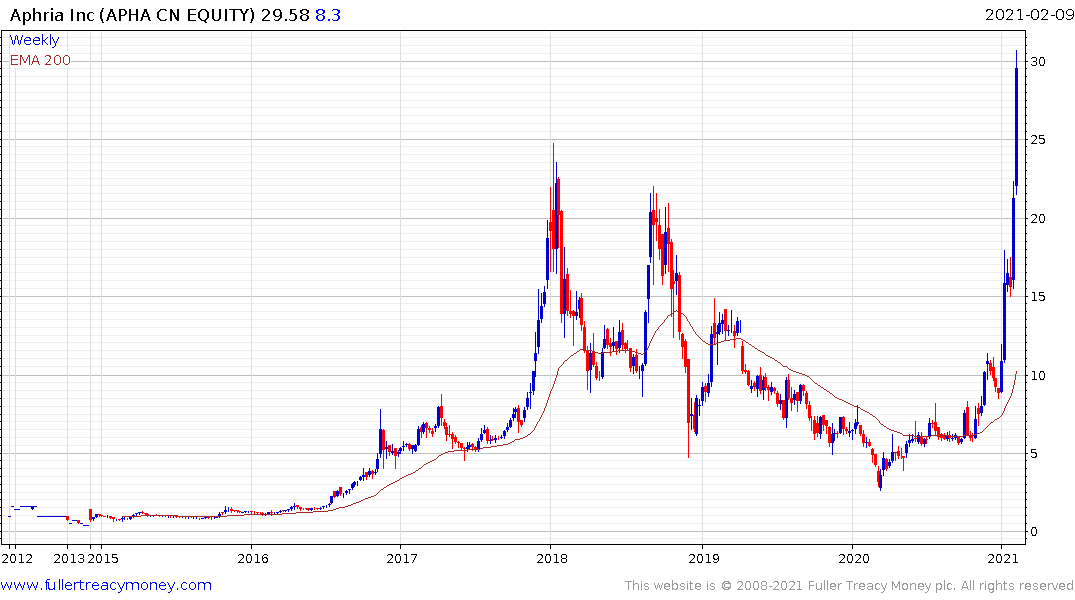 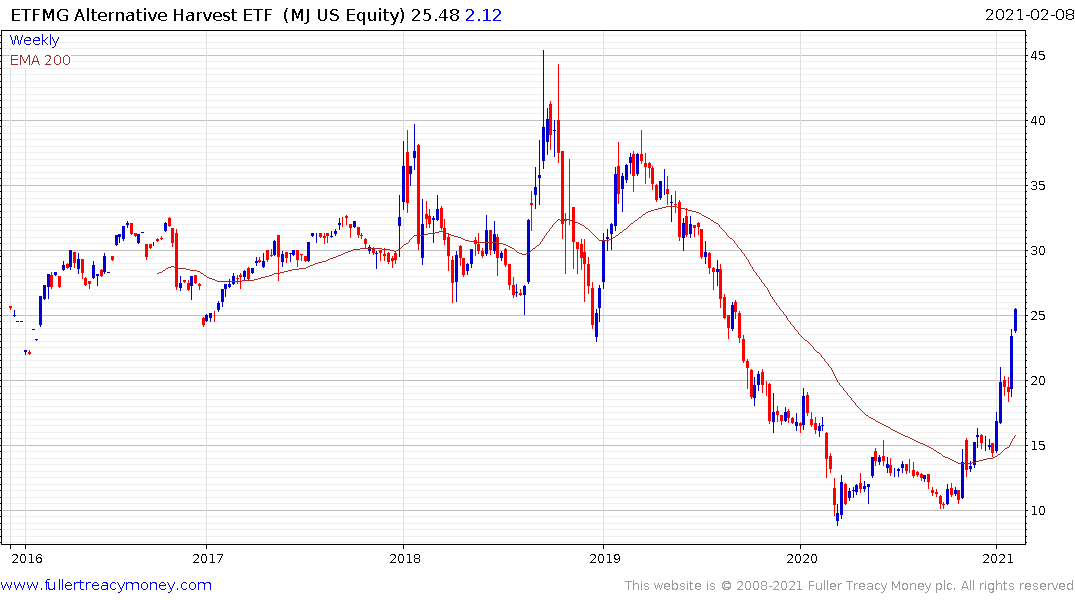 The Alternative Harvest ETF remains on a recovery trajectory.