Analysts have cut their profit-margin expectations for 75% of industries and about half of companies in the S&P 500 for the first and second quarters, data compiled by Bloomberg Intelligence show. Companies’ wherewithal to defend profitability amid mounting pricing pressures is becoming a growing issue at a time when the hottest inflation in four decades and higher borrowing costs threaten to crimp growth.

Anxiety about a faster-than-expected wind-down to the Federal Reserve’s asset-buying program and a quicker pace of rate hikes has pushed sell-side analysts to cut their first-quarter profit growth expectations to 5.4% last week from 6.7% in the first week of January. That figure, too, looks set to drop further to 3.5%, according to a Bloomberg Intelligence model that tracks the correlation between analysts’ pre-season forecasts and actual profit growth in the past two years.

More than 70% of S&P 500 companies are done with their earnings announcements. Among those that have already reported, 76% have outpaced analysts’ profit estimates, the lowest rate of beats since the first quarter of 2020.

Over the last few quarters companies have been comfortable passing on costs to consumers. Many have also taken the opportunity to increase margins at the same time. Politicians taking to social media and blaming inflation on record high corporate profits strikes a chord with the personal experience of many consumers. It suggests companies have seen the easy part of raising prices, continuing from here is going to be more difficult. 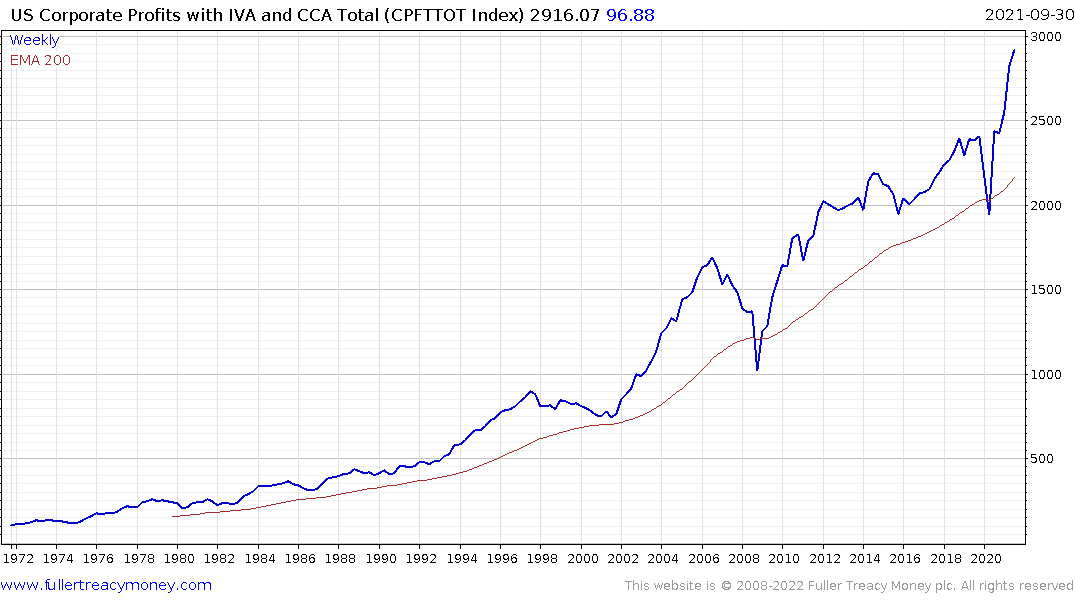 The US Corporate Profits chart is updated quarterly in arrears so it is always six months behind. The most recent data point is also often revised at each update so it is a measure that looks good in hindsight but is not a timing tool. It does, however, illustrate that corporate profits surged to new all-time high, following massive central bank and government intervention. The trend persisted for nearly two years.

If diminishing optimism about earnings growth persists, it is reasonable to expect corporate profits to roll over. That supports the view higher yields and the prospect of higher rates will slow economic growth this year. 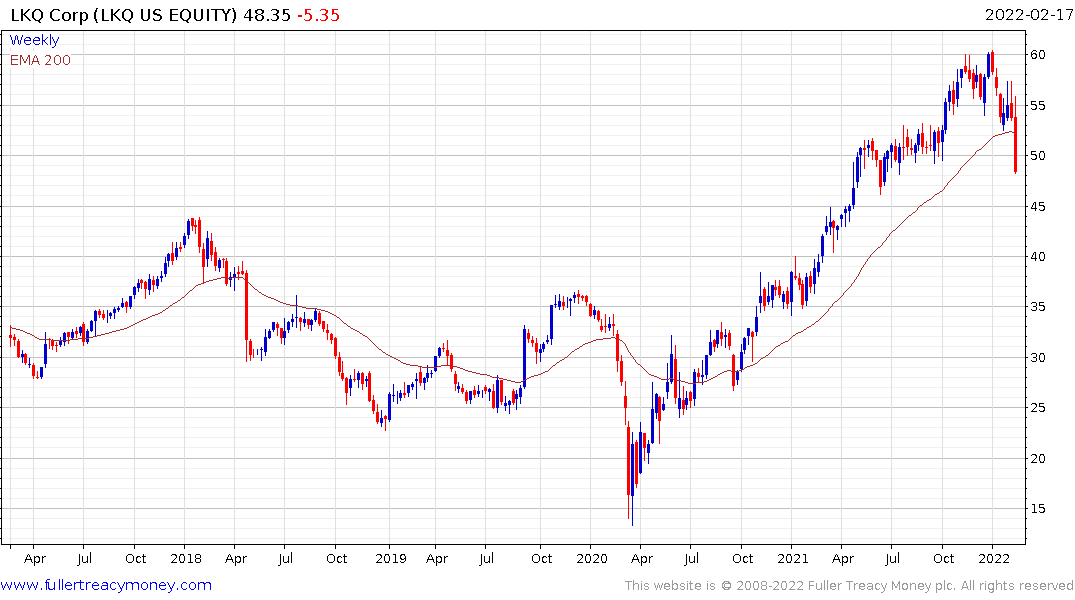 Retail spending remains firm but expectations about the future are deteriorating. Consumers are impatient to get their lives back and continue to engage in retail therapy. Eventually the bills will need to be paid.

$100 billion in buy-now-pay-later outstanding balances is about as subprime as it gets. We bought an elliptical for the home gym last year. We were offered 24-month interest free financing with nothing down. Neither of us have ever used that kind of service before so we thought why not? The loan was arranged in seconds through Synchrony Financial.

From the outset I could not figure out what the monthly payment needed to be, to avoid interest penalties. It seemed like the system was deliberately opaque.

Additionally, because the credit afforded us was close to the value of the item, it affected our credit score. We were using a higher percentage of our available credit with that account than normal. We paid off the balance after less than a month. I consider myself reasonably financially literate. If I was having difficulty understanding the product, it is not good news for regular consumers. 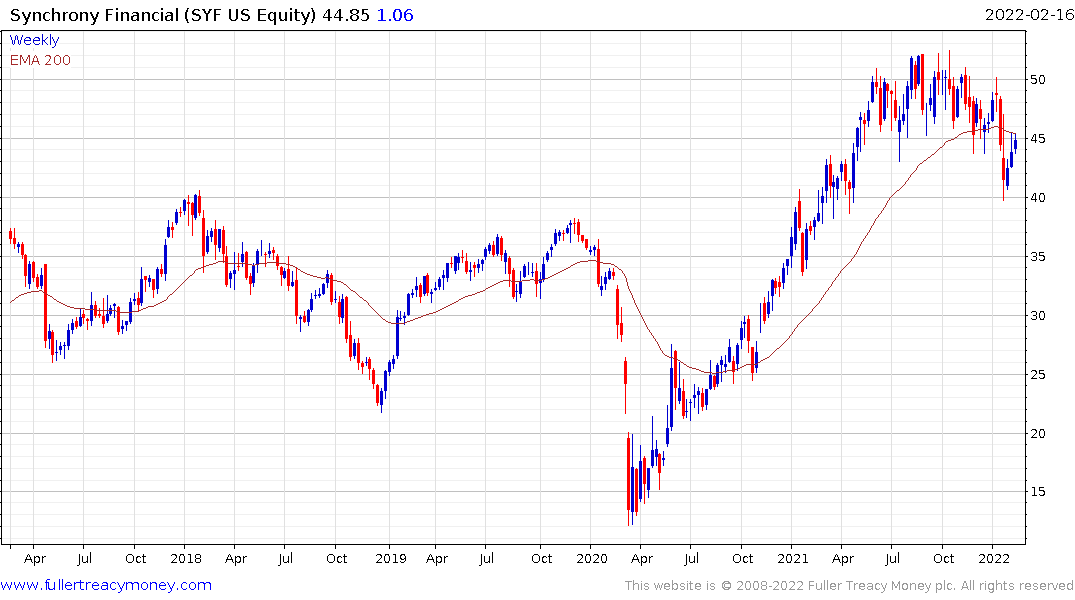 Synchrony (formerly GE Capital) continues to encounter resistance in the region of the 200-day MA. 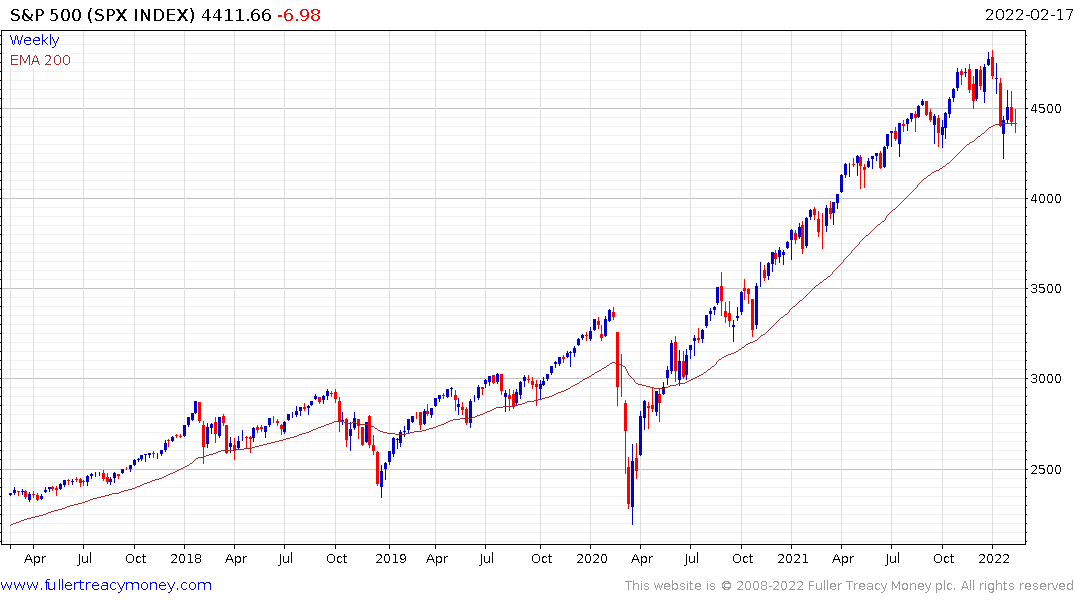 The S&P500 encountered resistance in the region of the lower side of the overhead range last week. It is now easing back from the 4600 area again. So far volatility has been limited to a mild consolidation but this is still a corrective phase. 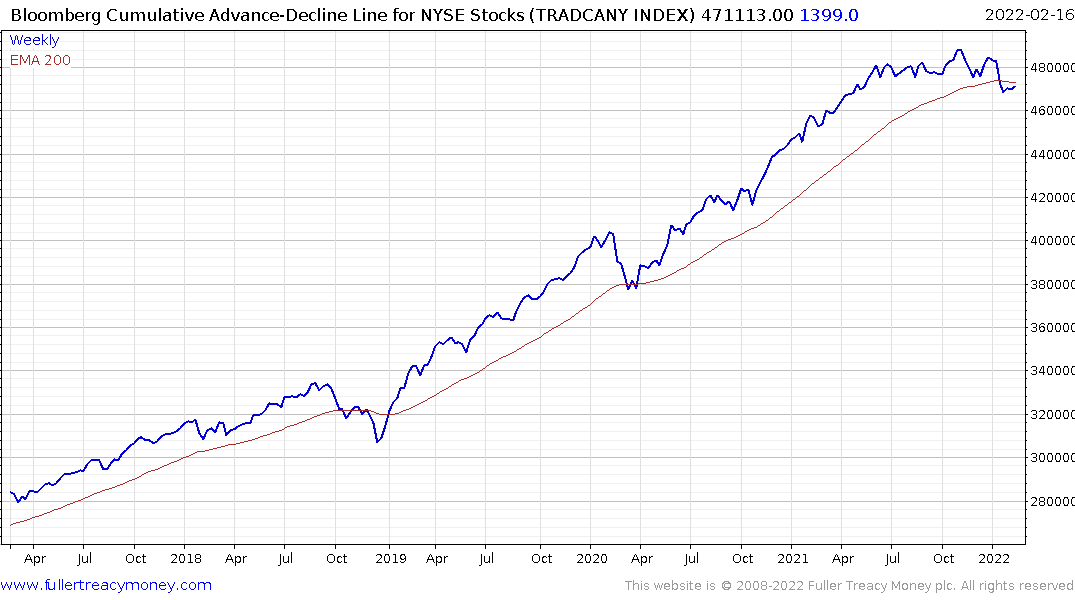 The Advance/Decline Line for the NYSE is sustaining a move below its trend mean for the first time since late 2018. 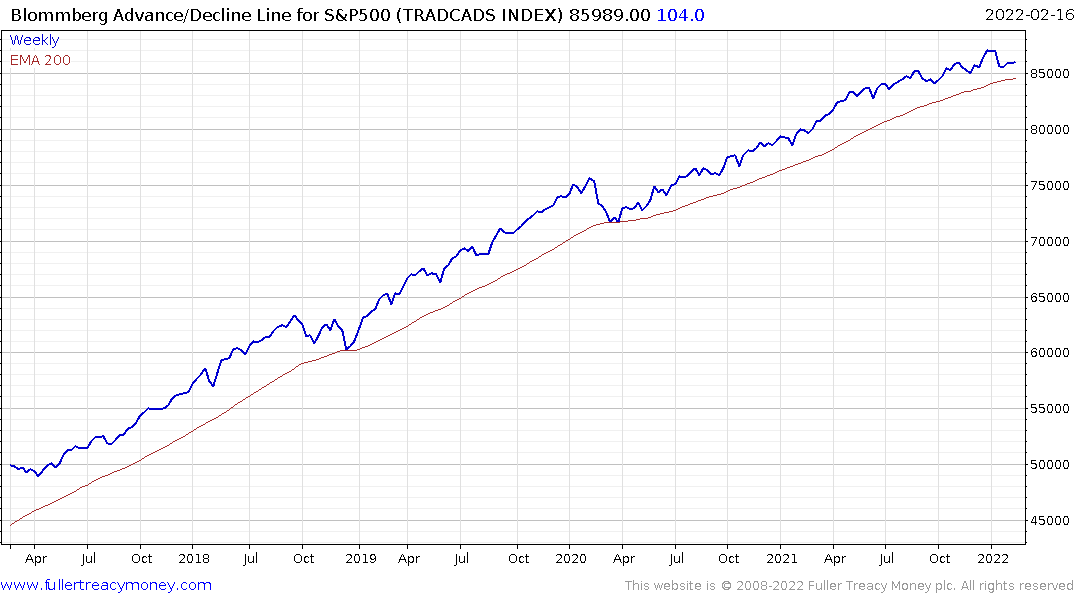 The Advance/Decline Line for the S&P500 is holding its uptrend in a more convincing manner for now.