Mansion Prices Are Falling Across America
Comment of the Day

Mansion Prices Are Falling Across America by Eoin Treacy

In nearby Sunny Isles, Florida, faraway currency fluctuations are endangering the sale of a $3.7 million condominium. A Colombian woman who put down a 50 percent deposit is fretting over how she’ll cover the other half over the next year, said her agent, Mauricio Rojas. The Colombian peso, dragged down by the commodity slump, has lost about 30 percent of its value since she signed the contract in December 2014.

In Houston, the plunge in oil prices to a 12-year low is killing the luxury boom. Sales for homes priced at $500,000 or more dropped 17 percent in December from a year earlier, according to the Houston Association of Realtors.

The strength of the US Dollar represents a headwind for the luxury real estate market, at a time when many foreign buyers have seen the value of their domestic currencies decline from what were in many cases historic peaks. Rationalisation in the energy service sector is an additional headwind for places like Texas, Pennsylvania and North Dakota. However that’s not what piqued my attention today.

Blackstone generates approximately 40% of revenue from its real estate operations following thousands of cash purchases of homes over the last three years. The hurry they were in to acquire their portfolio, before prices rose too much, ensured prices rose faster than might have been possible if it was only based on the ability of regular consumers to secure financing.

If history can tell us anything it is that Wall Street can never get enough of a good thing. Private equity has continued to purchase real estate with cash then securitises the rentals to free up the capital for more purchases. That would suggest a meaningful characteristic of the real estate market rests on the ability of funds to secure funding for purchases. If that is true then the strategy is very interest rate sensitive.

BBB spreads are trending steadily higher and moved to a new recovery high today. A break in the medium-term progression of higher reaction lows would be required to question potential for additional expansion. 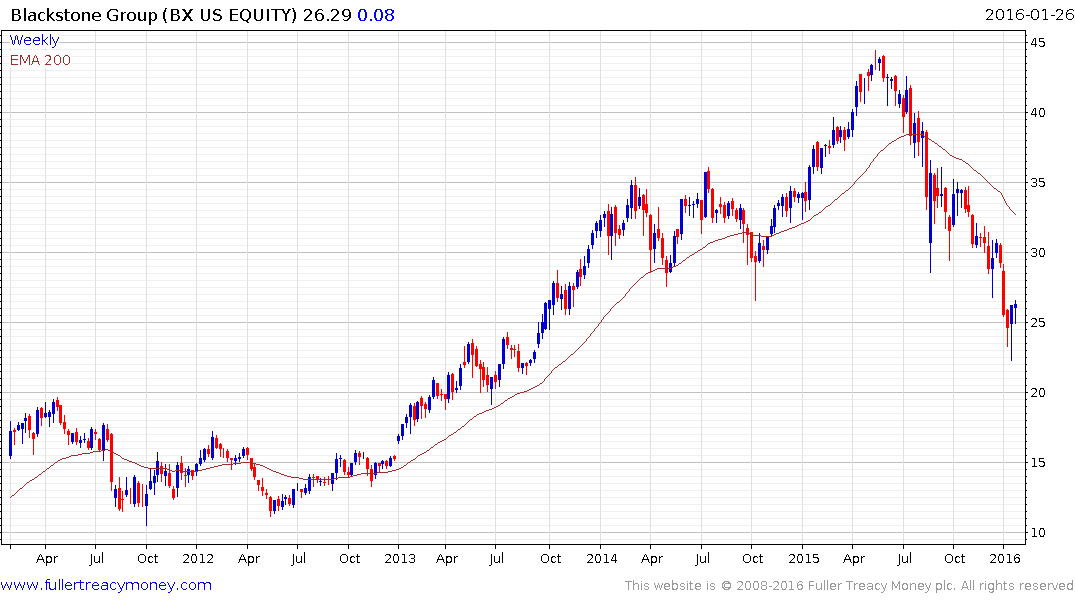 Blackstone LP’s share price almost halved between May and last week and it is deeply oversold relative to the trend mean. A reversionary rally is looking more likely than not right now but a sustained move above $30 will be required to begin to question medium-term downtrend consistency.

The Blackstone Mortgage Trust is back testing the spike lows posted in August and a break in the progression of lower rally highs will be required to question potential for additional downside. 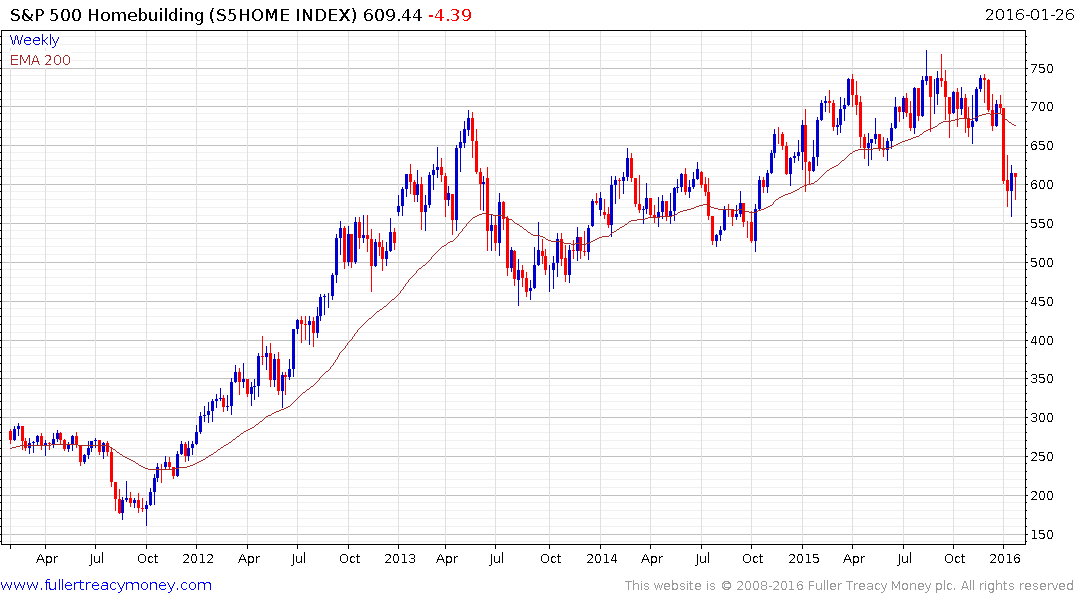 The S&P 500 Homebuilders Index lost momentum from mid-2013 and has been ranging higher in a volatile manner since. It pulled back sharply in December but steadied somewhat over the last couple of weeks and potential for a reversion back up towards the mean has improved. However a sustained move above 675 will be required to signal a return to demand dominance beyond the short term.