Maldives Holidays and SUVs Are Badges of Shame Now: Chris Bryant
Comment of the Day

The windshields of large cars parked in my Berlin neighborhood were plastered this week with angry
messages on lurid orange stickers. The owners were told that: “Driving an SUV causes serious climate damage,” “SUVs harm your unborn child,” and “Driving an SUV causes impotence.” That last one may have been a joke.

Sports utility vehicles have long been hated by the more civic-minded among us. They tend to consume more fuel, spew out more pollution and take up more parking space. It’s been suggested that their size and weight are also partly to blame for the rising number of pedestrian road deaths

Angela Merkel has been Germany’s Chancellor for longer than anyone before her and her chosen successor has been deemed no longer fit for purpose. That leaves the competition to replace her wide open and it is increasingly likely that the next government will be heavily dominated by the Green Party. This will represent the latest iteration of the populist wave which in this case will see leftwing populists gain sway over a major economy.

That’s not great news for Germany’s auto industry and the outlook for the Euro will be a significant determining factor in the stock market’s performance. German manufacturing data has been rather disappointing over the last six months, not least because of the impact of the trade war. The ECB has floated the idea of negative interest rates, probably more as a stop gap measure before additional QE is announced rather than any particular desire to explore uncharted territory. 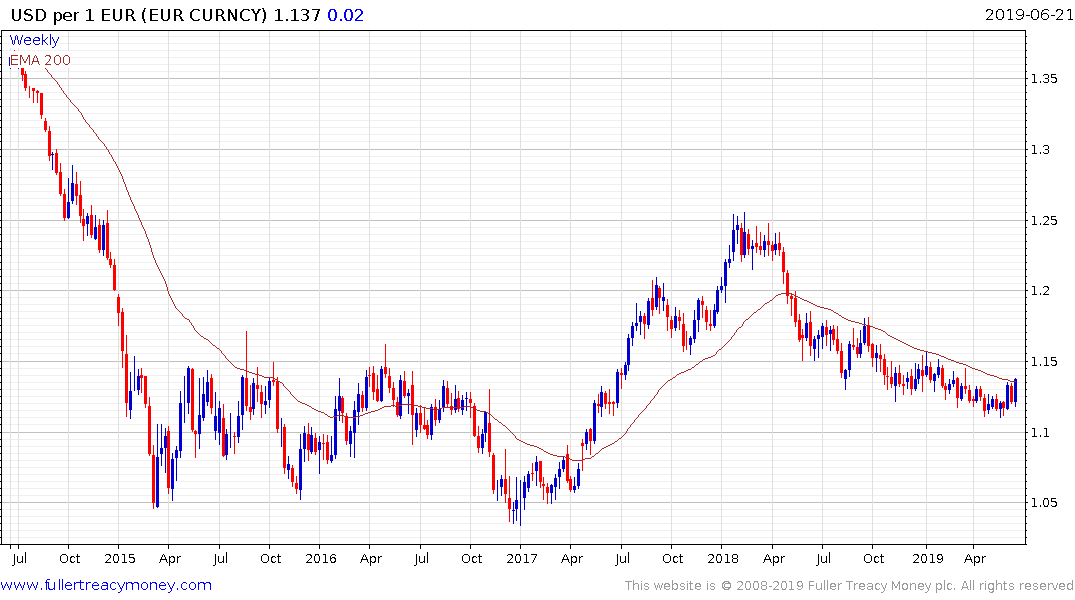 On the other side of the ledger, the USA is now actively removing supports for the Dollar which is also not great news for Germany because it makes US imports more expensive. The Euro is now testing a major area of potential resistance and competition to have the weakest currency is likely to heat up the stronger the Euro gets. 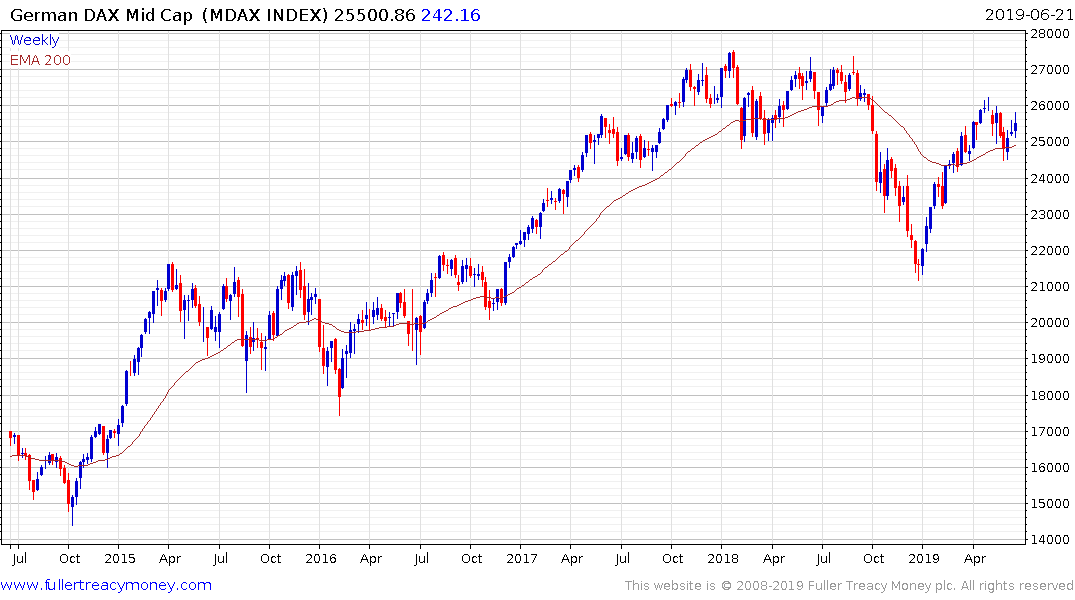 The MDAX Index needs to continues to hold the region of the trend mean if higher to lateral ranging is to continue to be given the benefit of the doubt. 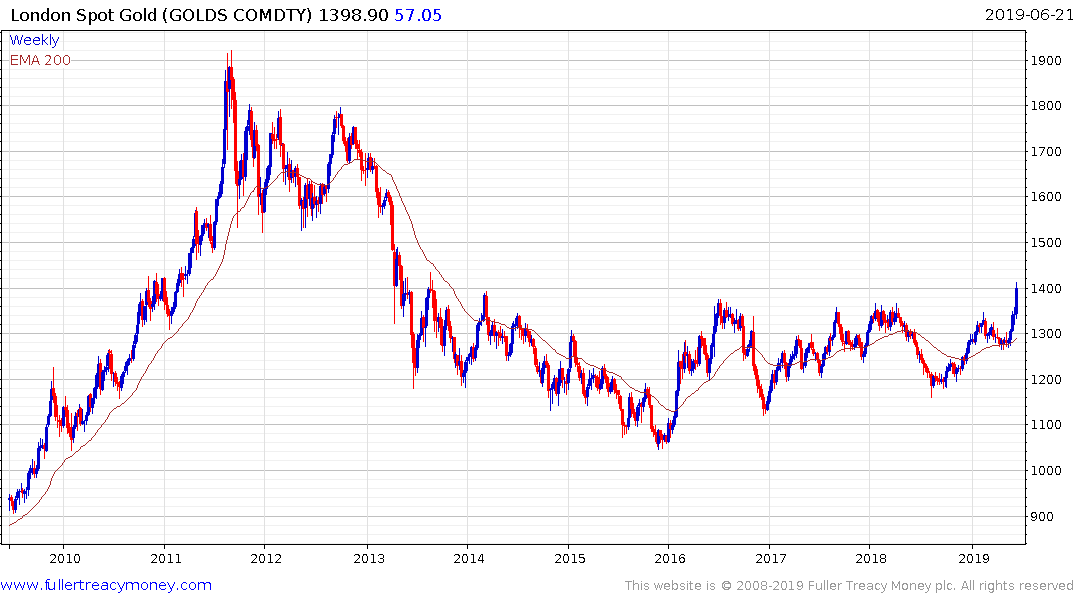 The push and pull between the Dollar and other currencies in the drive to have the weakest is one of the primary drivers behind gold's strength.