“This is really very good,” Holger Kantz, a chaos theorist at the Max Planck Institute for the Physics of Complex Systems in Dresden, Germany, said of the eight-Lyapunov-time prediction. “The machine-learning technique is almost as good as knowing the truth, so to say.”

The algorithm knows nothing about the Kuramoto-Sivashinsky equation itself; it only sees data recorded about the evolving solution to the equation. This makes the machine-learning approach powerful; in many cases, the equations describing a chaotic system aren’t known, crippling dynamicists’ efforts to model and predict them. Ott and company’s results suggest you don’t need the equations — only data. “This paper suggests that one day we might be able perhaps to predict weather by machine-learning algorithms and not by sophisticated models of the atmosphere,” Kantz said.

Besides weather forecasting, experts say the machine-learning technique could help with monitoring cardiac arrhythmias for signs of impending heart attacks and monitoring neuronal firing patterns in the brain for signs of neuron spikes. More speculatively, it might also help with predicting rogue waves, which endanger ships, and possibly even earthquakes.

The trajectory of human development has largely been focused on the occasional appearance of a particularly gifted individual. Someone theorises what will be achievable in future and develops a mathematical formula which will take time to prove with physical experiments. The intervening period between the theory and reality has often been counted in centuries. 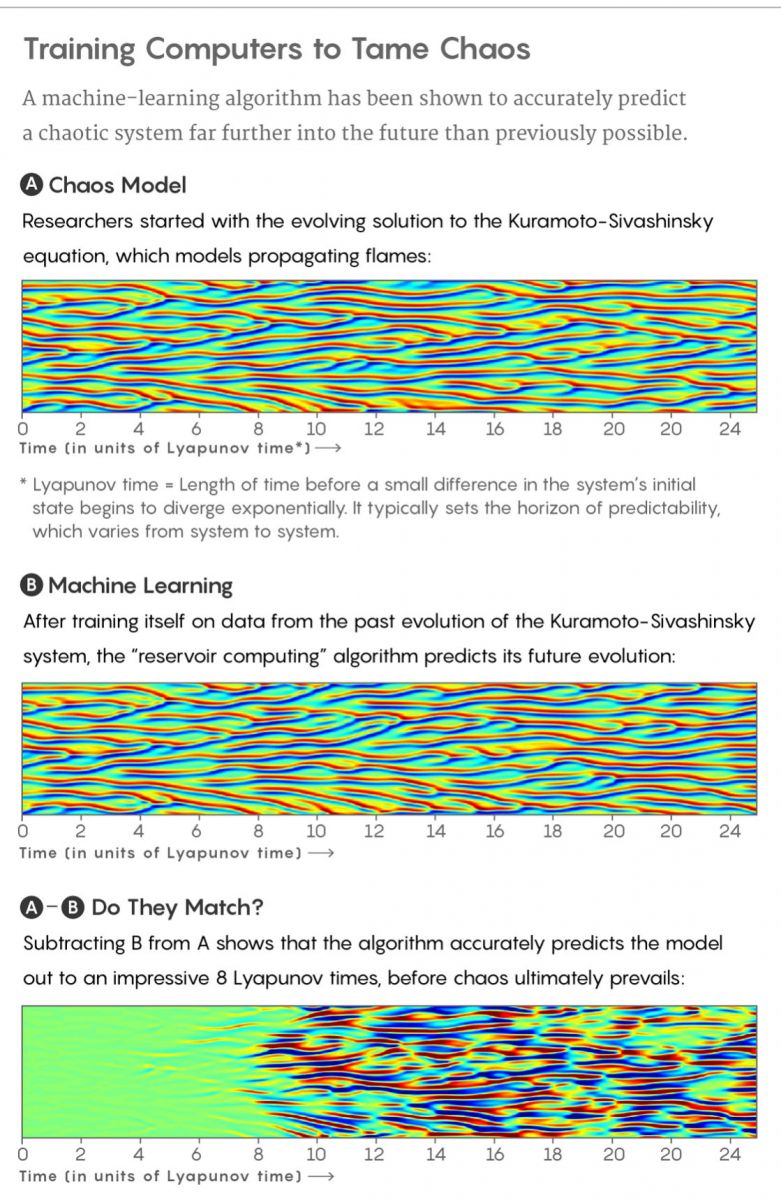 The advent of machine learning and artificial intelligence greatly accelerated that intellectual evolution. It represents a wonderful example of an enabling technology which will create productivity gains and new technology sectors out of nowhere.

The researchers are obviously interested in climate dynamics, but the performance of plasma in a fusion reactor, the growth of bacteria and the interaction of different drugs with one another and the myriad effects of the microbiome all represent potential areas of study.

We already know that the performance of the stock market is a long way from chaotic and there is a steady stream of observable data that can be fed into a machine. If the researchers that have developed this algorithm have not already been lured to work for Renaissance Technologies, I suspect it is only a matter of time. Predicting the future with a high degree of certainty is something that is gong to change the scientific and financial landscape beyond recognition over the coming years.