“Macau is already experiencing a challenging period where its top two biggest markets, the mainland and Hong Kong, are already constrained in terms of permitted travel,” said Ben Lee, a Macau-based managing partner at gambling consultancy IGamiX. “Add to that the recent crackdown on gambling as well as money channeling, one could easily draw the conclusion that the size of the market going forward will likely remain tightly controlled.”

This additional article discussing renewed efforts to clamp down on bitcoin mining may also be of interest. https://news.bloomberglaw.com/securities-law/china-said-to-intensify-hunt-for-cryptocurrency-miners-in-hiding.

China is cracking down on avenues that may facilitate capital flight. The timing of these efforts is at least in part driven by the risk of contagion from China Evergrande’s impending bankruptcy. These new policies can be seen as part of a continuum where the government is seeking to exert greater control over where capital is allocated. That’s been a central theme in the attempts to neuter the tech/social media/fintech sectors. 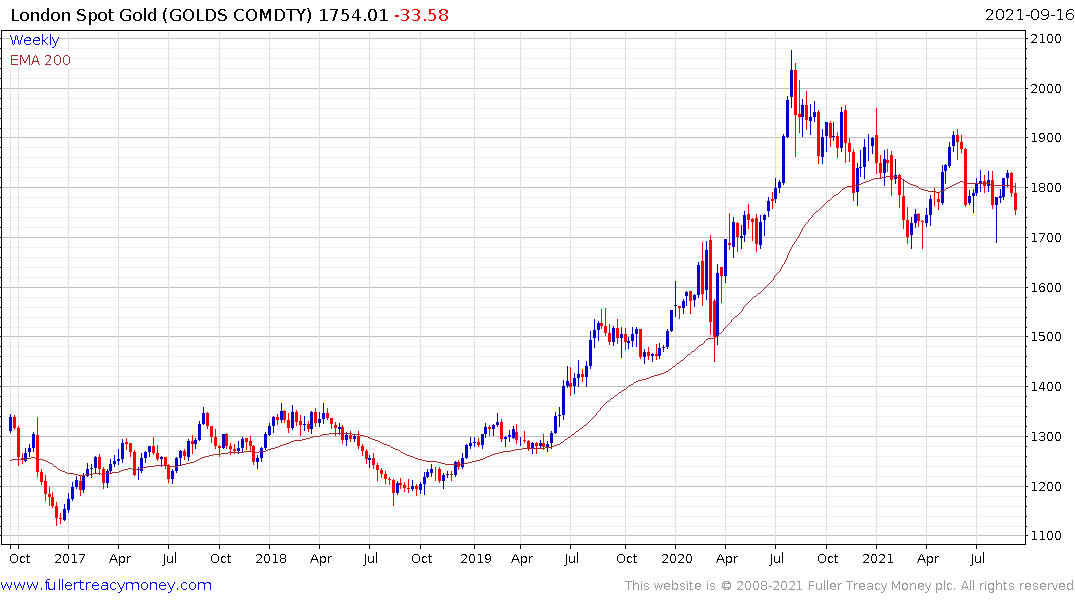 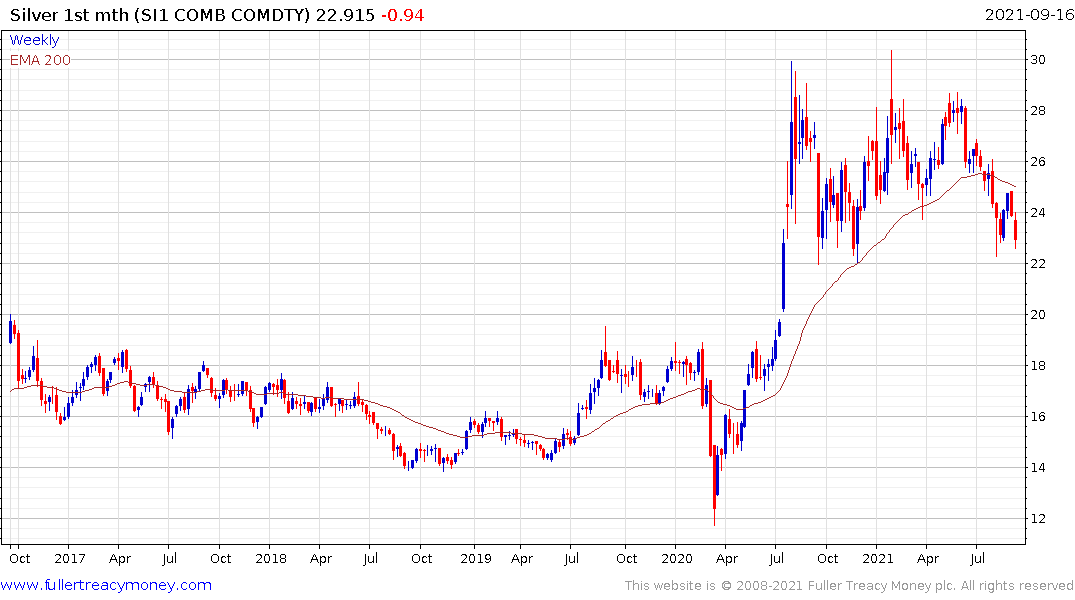 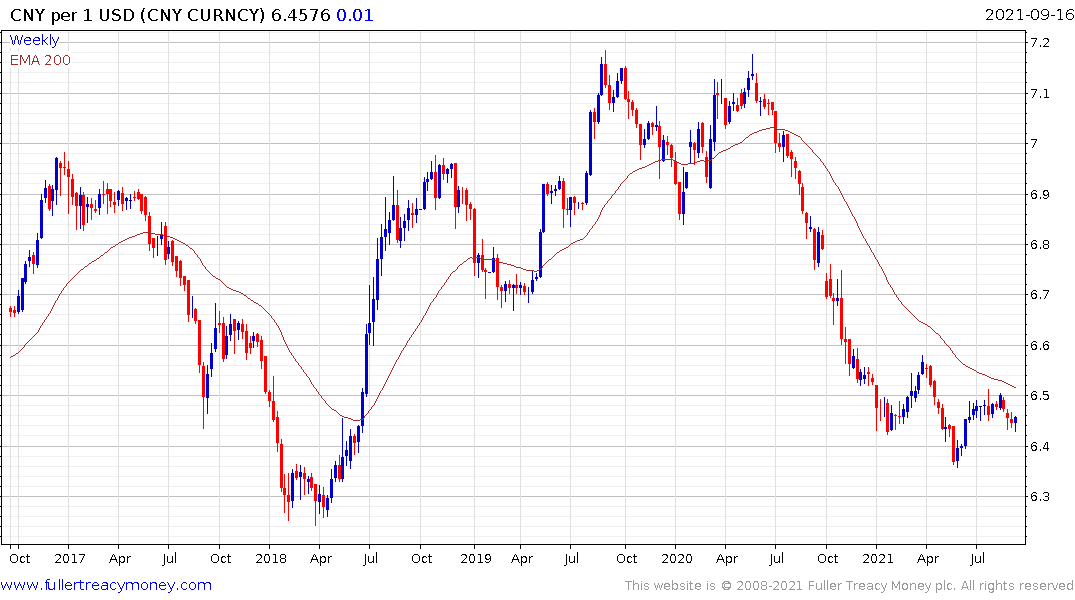 The combined weakness of gold, silver and the Renminbi point towards Chinese investors raising cash in a hurry. 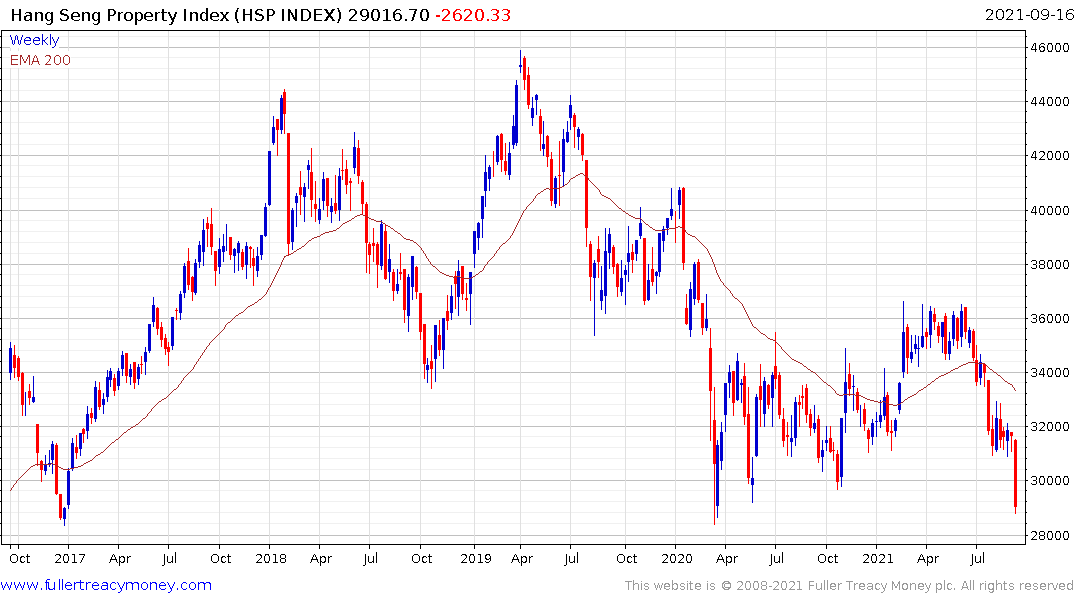 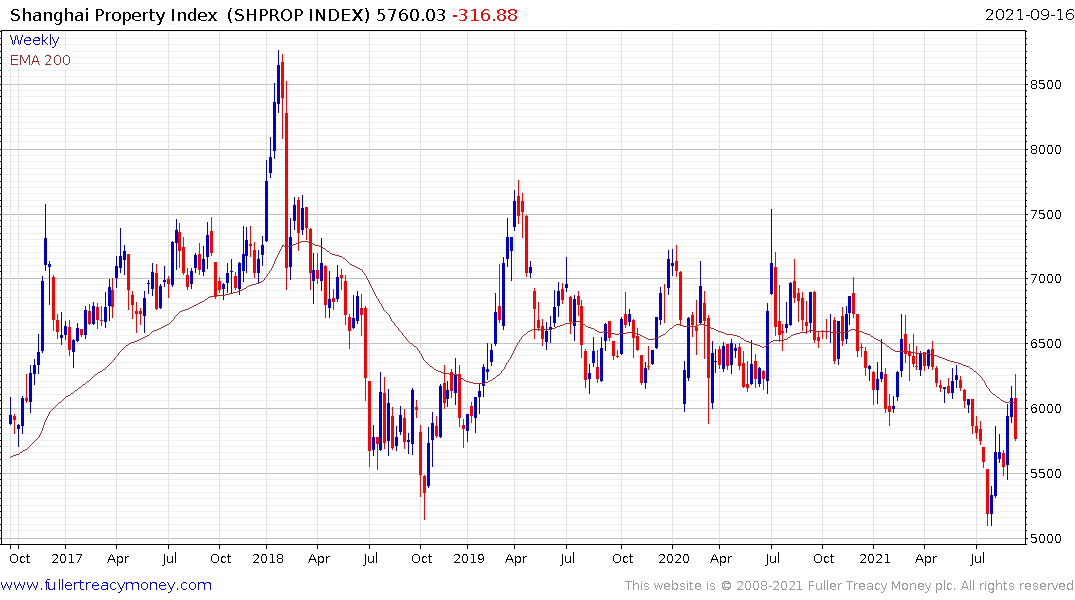 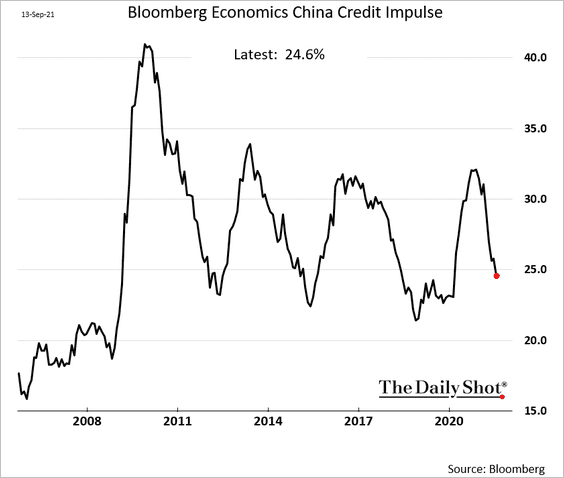 The reason for the urgency is the Hang Seng Property Index is breaking lower, the Shanghai Property Index is working on a large downside weekly key reversal and banks are also pulling back. The declines are not so large, yet, to cause significant alarm but there is scope for the news to get worse which is of course where the risk resides.

This is all occurring ahead of the Mid-Autumn festival holiday next week. Traders are putting on shorts ahead of the possibility of a formal bankruptcy announcement when the markets are shut. 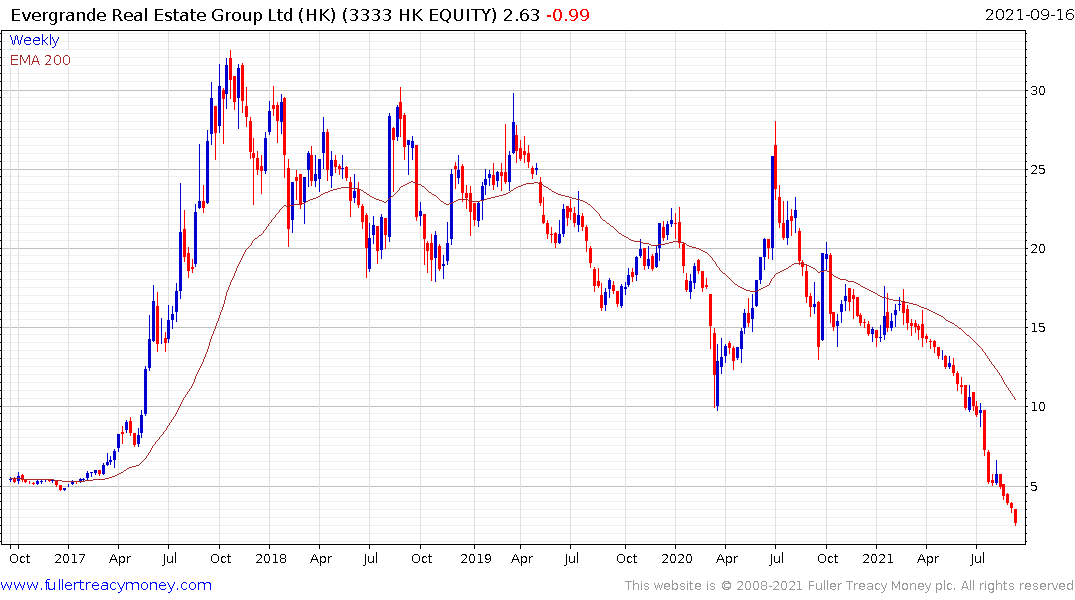 China’s authorities know the biggest risk from a debt deflation is capital flight. If they can succeed in holding assets inside the country, the country’s resources can help to balance the liabilities and a reasonable outcome can be achieved.

The challenge is whether China’s administration is hubristic in thinking they can achieve such a gargantuan task with no fallout. Tighten too aggressively and they will end up with a bigger problem than they think they have. That’s why every effort is likely to be made to avoid contagion risk.  It remains likely a worst-case scenario will be avoided and the credit impulse will begin to turn back upwards soon.

The impact has been acutely felt, so far, in the precious metals markets. Silver pulled back in a dynamic manner today to test the lows over the last year. A clear upward dynamic will be required to confirm support in this area. 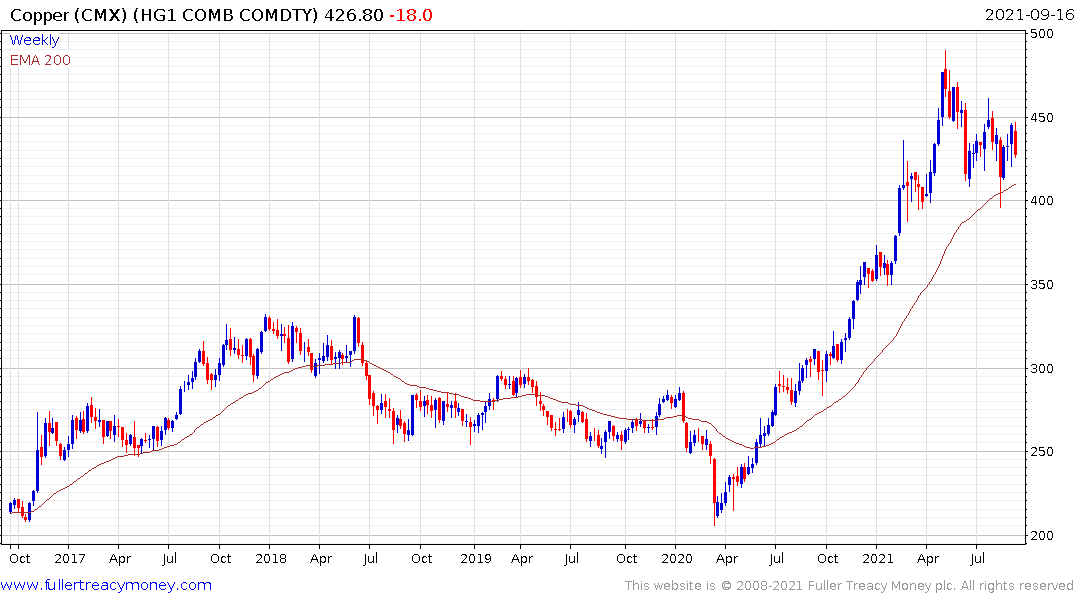 Copper has posted three lower rally highs since the peak in May. This week marked the most recent and the $4 area needs to continue to hold if the benefit of the doubt is to given to consolidation.