“When the price is good, we have work, but when it isn’t, we have no money to pay the rent, no money for food, no money for the doctor,” said Ms. Poló, 56, standing on the side of the road in Baja California state, where the bus she was riding had broken down about three hours from the border.

Coffee prices have been stuck below the cost of production for the longest stretch since the global financial crisis, leading some producers to abandon crops and some to migrate for new jobs. The shift is being driven by currency fluctuations that are encouraging sales and production in Brazil, the world’s largest coffee producer, spurring a record crop that is driving down prices for other coffee-growing nations.

“We’re now back in real terms to where we were 20 years ago, when farmers abandoned land because they couldn’t make ends meet,” said Paul Rice, president and chief executive of Fair Trade USA, which works with 1 million coffee producers in 42 countries.

A 2017 study by Cornell University for Fair Trade USA placed the average cost of coffee production at $1.40 a pound. Coffee prices have been below that price for 20 straight months, the longest stretch since 2008, according to FactSet data.

When commodity prices fall below the cost of production supply destruction takes place and the lowest cost producer gains market share. For Robusta coffee the question is whether central America can remain competitive with larger producers like Vietnam and Brazil for Arabica. 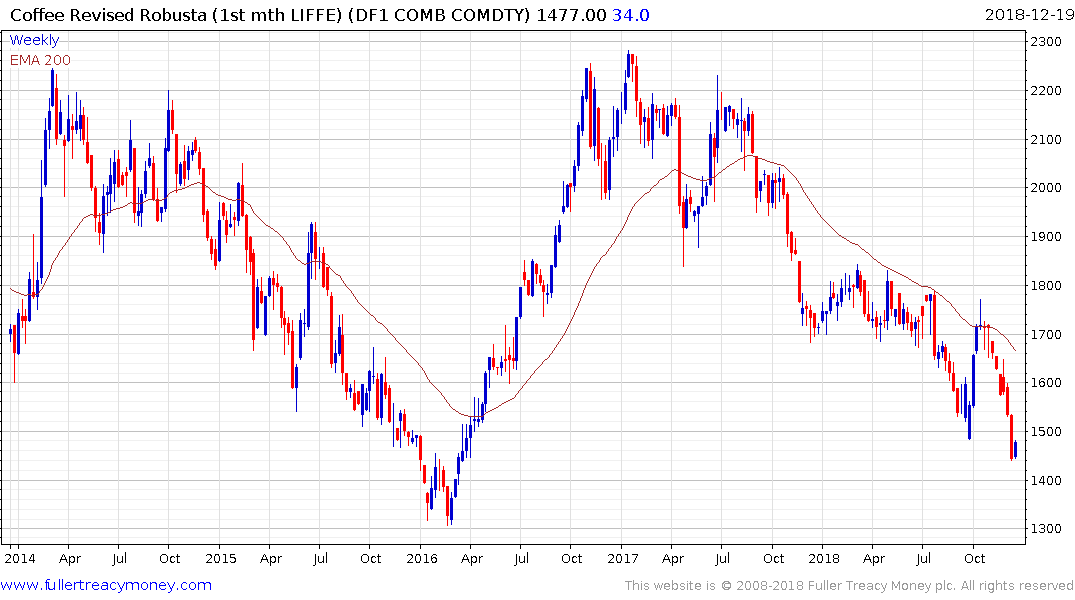 Robusta Coffee has accelerated lower over the last two months and a short-term oversold condition is now evident. Some steadying was evident today and there is scope for a bounce but a sustained move above the trend mean will be required to question the medium-term decline. 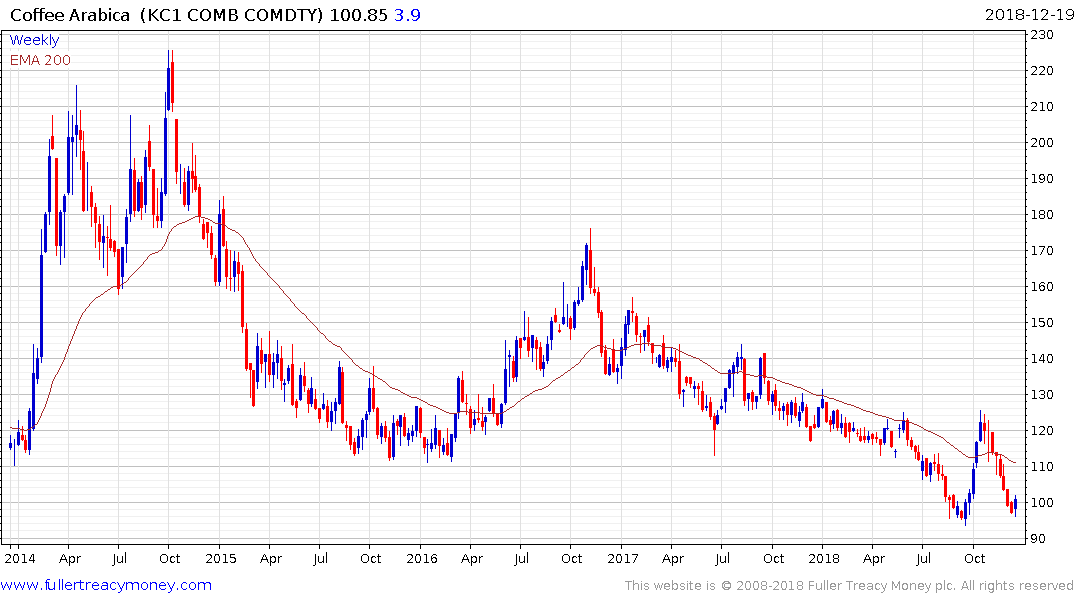 Arabica is back testing the psychological $1 level and showed initial signs of steadying today but will also need to sustain a move above the trend mean to break the downtrend.