Seroka said he agrees with the chief executive of a major container line, A.P. Moller-Maersk A/S’s Soren Skou, who told Bloomberg TV in a separate interview earlier that ocean shipping should start to normalize in the second half of the year. Maersk, which handles almost one-fifth of the world’s container traffic, said it sees a 2%-4% expansion in the market this year, with a strong first half followed by an uncertain outlook after that.

Supply chain disruptions forced companies to front load orders in the hope they could get enough inventory in to avoid future bottlenecks. That put upward pressure on both shipping rates and prices to consumers.

With the global economy beginning to return to normal and consumer spending migrating back towards services instead of goods, demands for ships is likely to become better correlated with economic growth. 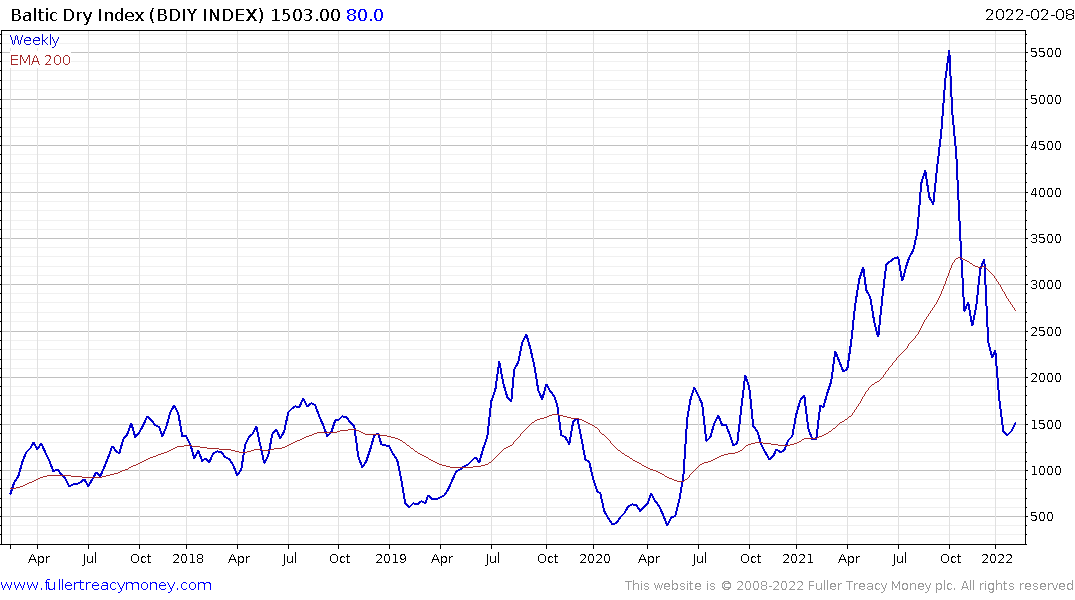 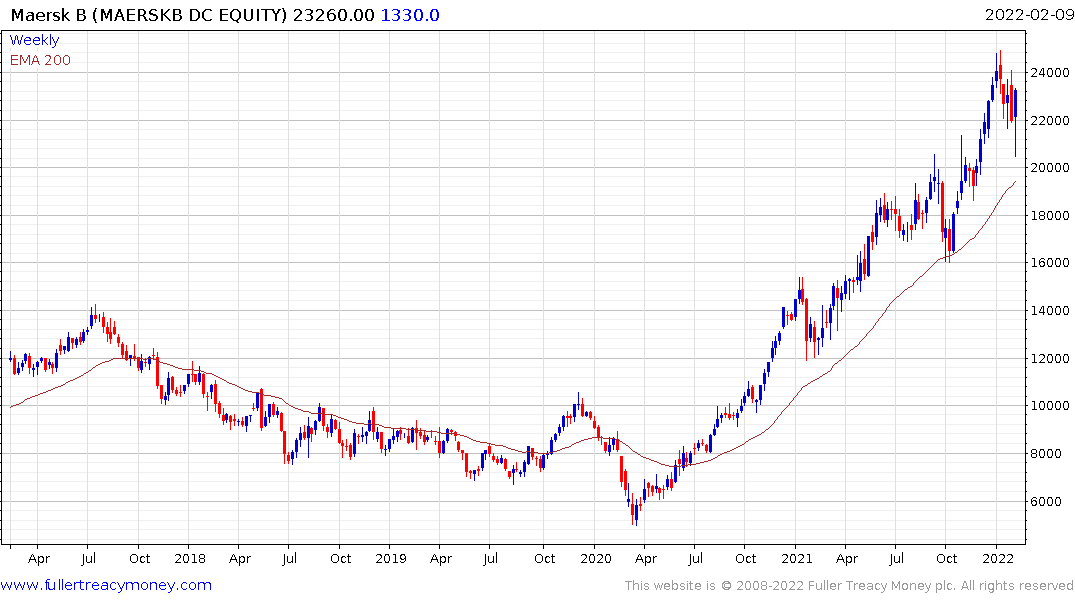 The Baltic Dry Index collapsed mostly because of China’s restrictions of coal and iron-ore imports ahead of the Winter Olympics. The major shipping companies like Maersk were unaffected. The share is still trending higher in a consistent manner and rebounded impressively from the region of the upper side of the underlying range this week. 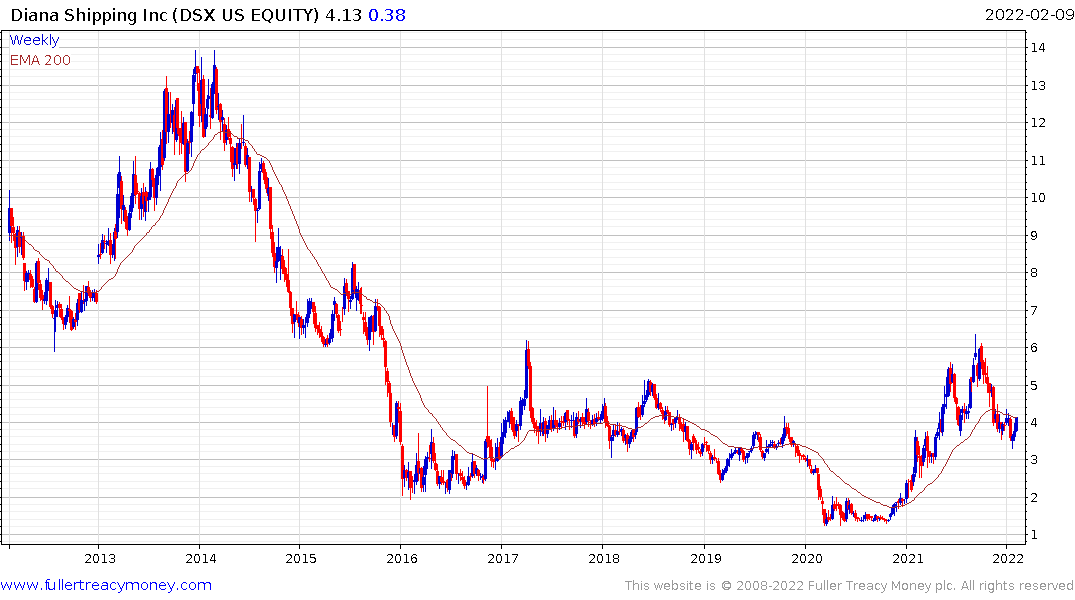 Diana shipping continues to firm in the region of the upper side of its base formation.