Looks Like There's a Whale Snapping Up Gold Bullion Below $1,800 by Eoin Treacy

That would suggest that whoever is buying is able to buy in scale, leave little footprint in the market and then take delivery and store the metal in secure, invisible vaults. And that points strongly toward a sovereign buyer.

Central banks normally declare to the IMF the amounts of metal they have on their books. But there are precedents where this has been done with some delay. Between 2009 and 2015, China reported no change in holdings, only to reveal that it had bought 53 million ounces of metal over the period.

Gold habitually ranges for long enough to try the patience of even the most ardent bulls. When it breaks out, it usually takes most traders by surprise. That’s the biggest lesson I’ve learned from trading the metal for nearly twenty years.

There is no denying that volatile ranging is frustrating and that’s particularly true when other assets are performing much better. The reasons for holding gold are varied but it does best when central banks are inhibited from doing what is necessary to support the purchasing power of their currencies. 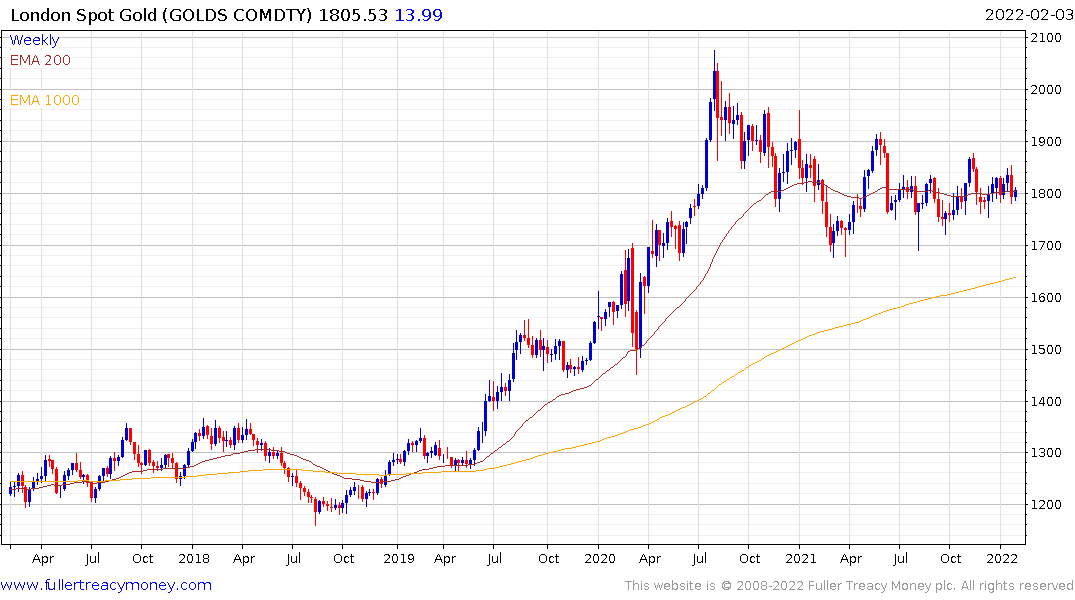 The question of whether a sovereign is actively buying on dips below $1800 is intriguing. The time to buy hard assets is before a devaluation or time of stress with the external world. That suggests China may be redeploying reserves ahead of allowing the Renminbi to trend lower as stimulus ramps higher after the New Year holiday. 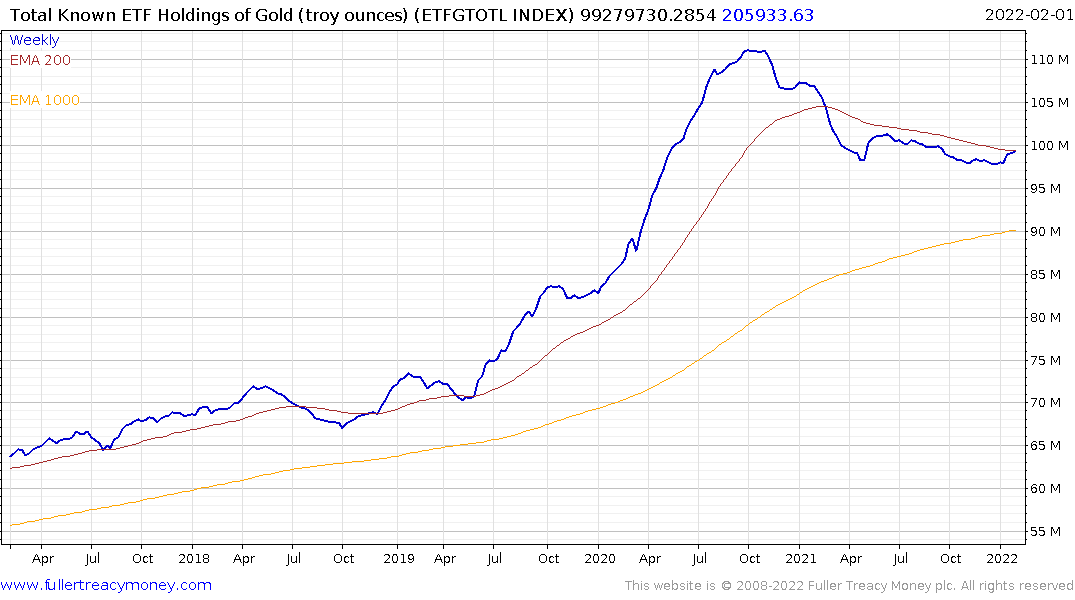 Total Known ETF Holdings of gold continues to recover and has broken the sequence of lower rally highs. That suggests a potential sovereign is not the only one buying gold.