My best call was probably to insist, even in 2015-16 when the market strongly expected otherwise, that as quickly as debt was rising, China was unlikely to experience a financial crisis and a sharp depreciation of the currency. I think the market didn’t understand that these are mainly balance sheet events, and as long as China’s financial system was closed and its regulators powerful, Beijing could easily extend and restructure liabilities so as to prevent a crisis.

My worst call was to propose that Beijing would recognize the extent of investment misallocation and the inexorable rise in debt by 2015-16, and would begin to lower the GDP growth target rapidly after that. I did not recognize how politically difficult this would prove, and that it couldn’t happen until Xi Jinping and the people around him had done a lot more to consolidate political power.

Every historical precedent -- and the logic of the growth dynamics -- suggests it will be another Japan. GDP growth rates will drop consistently every year until China is growing at below 3%, and the longer it takes to get there, the more debt it will have to work off and the greater the macroeconomic financial distress costs it will have to absorb.

China trades on very low multiples for many of the same reasons Russia does. It’s about governance. There is no mystery to how China has been able to maintain a high growth rate over the last decade despite increasing authoritarianism and tighter government control. The answer is debt.

China has gone from being a reasonably levered economy to a highly leveraged economy since the credit crisis and while that process of accumulation can go on for a long time the debts eventually have to be repaid. That can happen through write-offs, defaults, currency devaluation or outsized growth. The latter is increasingly difficult to achieve so the first three options are ahead in China’s future. 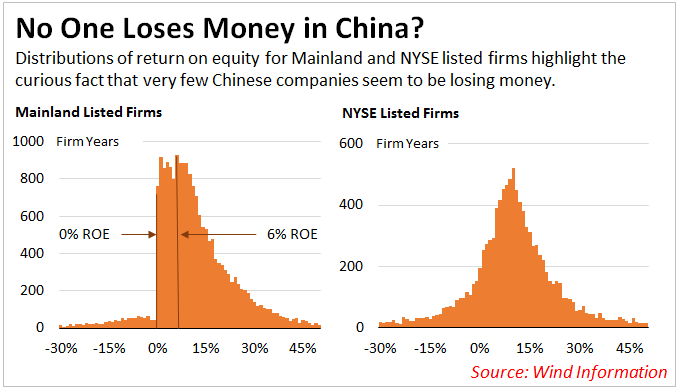 This article by Brandon Emmerich on Seeking Alpha may be of interest to subscribers. The graphic of how Chinese companies refuse to report losses is particularly instructive and highlights the clear risk of basing an investment decision on fundamentals. That is one of the primary reasons I consider China a trader’s market rather a long-term investment destination. 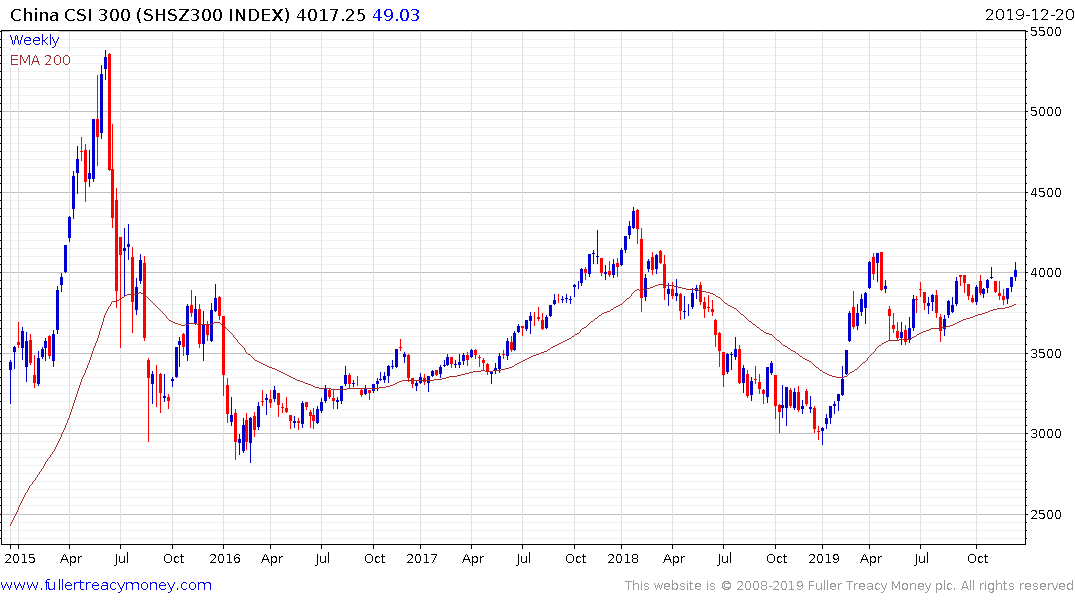 The stock market is currently firming from the recent lows and a break in the short-term sequence of lower rally highs would be required to question current scope for continued upside.