Longer-Run Economic Consequences of Pandemics
Comment of the Day

Summing up our findings, the great historical pandemics of the last millennium have typically been associated with subsequent low returns to assets, as far as the limited data allow us to conclude. These responses are huge. Smaller responses are found in real wages, but still statistically significant, and consistent with the baseline neoclassical model.

Measured by deviations in a benchmark economic statistic, the real natural rate of interest, these responses indicate that pandemics are followed by sustained periods—over multiple decades—with depressed investment opportunities, possibly due to excess capital per unit of surviving labor, and/or heightened desires to save, possibly due to an increase in precautionary saving or a rebuilding of depleted wealth. Either way, if the trends play out similarly in the wake of COVID-19 then the global economic trajectory will be very different than was expected only a few months ago.

Should we expect declines of 1.5%–2% in the real natural rate, however? There may be at least three factors that could possibly attenuate the decline of the natural rate predicted by our analysis, but their presence and magnitude is uncertain and unknowable until therapies to fight COVID-19 are more developed. First, the death toll of COVID-19 relative to the total population might be smaller than in the worst pandemics of the past, but we cannot know for sure at this point. Second, COVID-19 primarily affects the elderly, who are no longer in the labor force and tend to save relatively more than the young, so the demographic channels could be altered, although the recent pick up in infections is now affecting younger individuals. Third, aggressive counter-pandemic fiscal expansion will boost public debt further, reducing the national savings rate and this might put upward pressure on the natural rate, even though our analysis suggests that this expansion of public debt should be easier to sustain in the long-run.

This report has obviously helped to inform the view of the Fed in how they expect the path of interest rates to play out. They are worried that the rebound from the pandemic will not translate into a sustained path of outsized growth because of the damage done to the economy and animal spirits will take time to overcome.

The response to that fear has been to massively increase money supply growth (27% yoy) and to fund massive deficits by the government. They are committed to ensuring deflation does not take hold under their watch. If that comes at the cost of inflating asset prices; so be it.

The global death toll from COVID is currently estimated at 3 million. That’s less than half of a percent of the total and the deaths have been concentrated above the elderly and infirm. My view a year ago was this would be viewed as a euthanasia virus and that appears to be holding up. The report issued yesterday on the long-term mortality risk for sufferers of long COVID suggests there is a predictable uptick in early mortality over the coming years. https://www.npr.org/sections/coronavirus-live-updates/2021/04/22/989874986/people-with-severe-covid-19-have-higher-risk-of-long-term-effects-study-finds

This report by Goodhart and Pradham for the BIS dating from 2017 discusses demographics and their estimation that interest rates would rise over time as the population decreases and pushes up the power of labour in negotiating wages.

The demographic sweet spot is already behind us, and both the equilibrium real interest rate and inflation have probably already stopped falling. That removes an important support for the bond market after a 35-year stretch. Cyclically, the improvement in US growth now has some company. Growth in the euro area and EMEs has been resilient over the last year, creating the kind of synchronized growth that has the ability to sustainably push up global yields. At some point, that increase in yields will prove to be exogenous from the point of view of those with excessive leverage. We therefore feel that leverage will have to be dealt with over the next three to five years thanks to this mix of structural and cyclical forces.

Beyond that, demographic forces will have a much freer rein to assert themselves. We don’t know what the future will look like precisely. It will not, however, be anything like the past, of that we are sure.

The global birth rate peaked almost a decade ago but the global population has continued to increase because more people are living longer. Since the coronavirus predominately affects the elderly, and is likely already endemic, there is the potential that it will bring forward the peak in the global population to sometime before the current estimate of 2060. 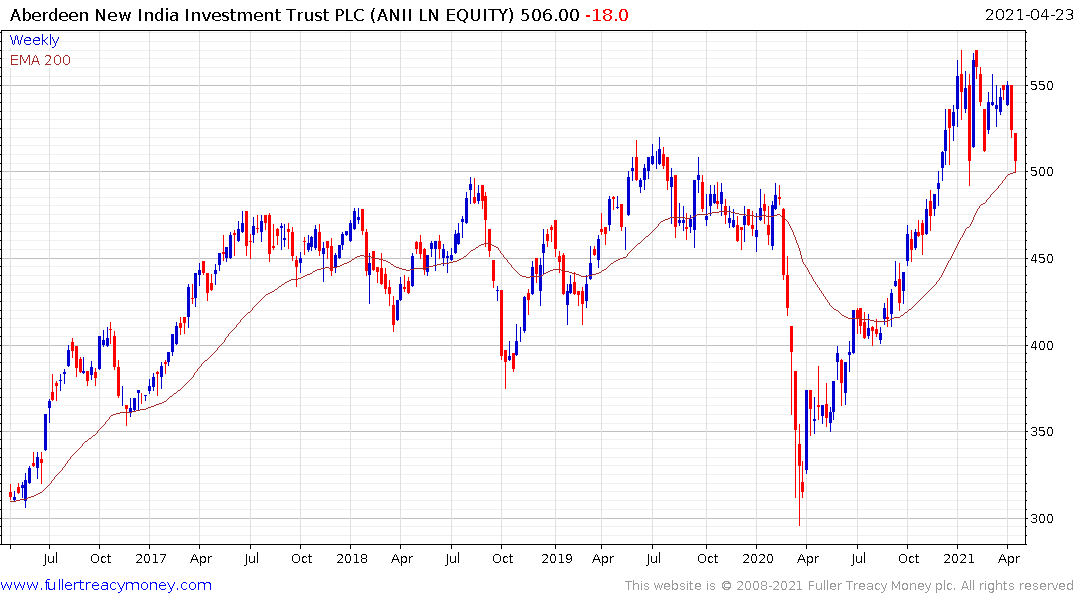 The point that globalisation decreased inequality between countries but exacerbated internal divides is well made. India is the best bet for where labour trends will favour growth because of the large, young, well educated population. Africa has even better demographics but there is wide dispersion between the standards of governance across countries.

What I see around me is a mass migration of people in their 30s and 40s. In my youngest daughter’s school, 3 of the 12 teachers are relocating at the end of the school year. They have all reached the conclusion that 90-minute commutes from small houses/apartments are just not worth not it. They all have young children so this is a good example of Millennials at family formation age making important life decision. The quality-of-life argument is the primary reason people are moving. It is certainly why my family are moving and that’s particularly true as local crime rates trend inexorably higher.

Little wonder then that restaurants are having difficulty finding workers. The migration of a solid percentage of young people and their ability to survive reasonably comfortably on $300 a week suggests businesses are going to have to consider incentives to get the workers they need. That’s directly inflationary. If we add in the fact that many elderly people, who effectively took forced retirement in 2020, may not be coming back to work, there is likely to be a sustained drought in the number of available workers. 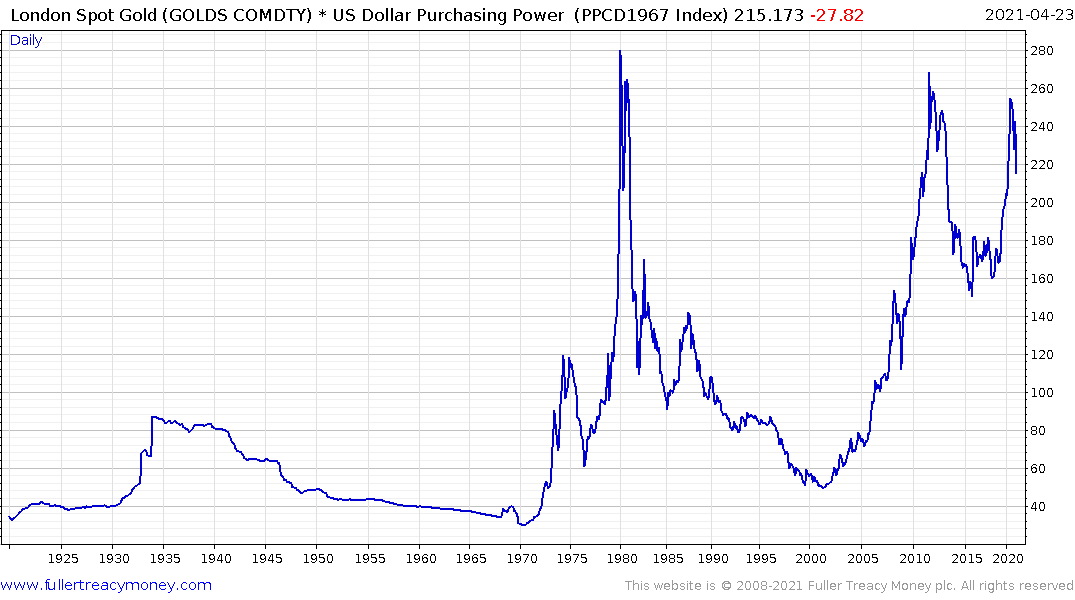 These issues are going to take at least a year to work through and it may turn into a lengthier trend. The simple fact of the matter is it is impossible to predict accurately so interest rates are going to stay low even as inflationary pressures mount. That ensures negative real interest rates will remain in place which should be beneficial for gold.