Turkey’s direct intervention in its currency markets on Wednesday, the first in seven years, shows policy makers are intent on drawing a line in the sand on how far they are willing to tolerate weakness in the lira.

However, how long policy makers are able to buy the currency some respite will essentially come down to the size of the war chest and how willing the central bank is to run down those assets. The Turkish central bank’s gross reserves add up to $128.5 billion, with $60.5 billion coming from the bank’s swap deals, according to latest data released on Nov. 19. When swaps and other liabilities such as required reserves are stripped, Turkey’s net reserves stand at -$35 billion. The bank has repeatedly said that its gross reserves -- the total amount at its disposal at the time -- are more important than net reserves.

The central bank’s intervention this morning is significant if only for the signaling it sends. During a previous episode of similar stress in the lira back in 2018, there was no reported intervention. In other words, the policy makers may be telling the markets that their strategy to ward off any speculation on the currency will take a different tack this time. In 2018, the central bank took the benchmark rate to 24% from 8% in a short span to arrest the decline in the lira.

Last week the lira tumbled more than 11% against the dollar in a single day, representing a 10-standard deviation shock based on its moves in the past five years. The currency has weakened after the central bank slashed its benchmark by 400 basis points since the end of August. The monetary authority meets next on Dec. 16.

Erdogan seems to remain of the opinion that the answer to high inflation is low interest rates. At the same time, he has said that the central bank’s intervention in the market, to trim the currency’s decline, is lawful. Without the ability to raise rates, the central bank has even fewer resources. Eventually it will run out of money. 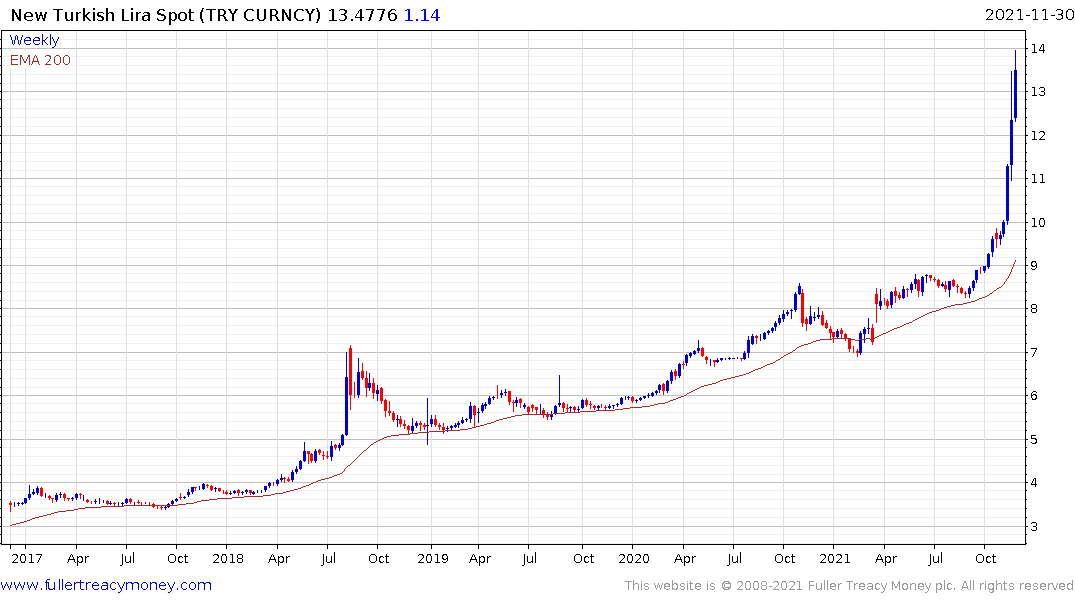 Central bank intervention is enough to chasten shorts and once they begin intervening, they will persist until they get what they want. Nevertheless, higher interest rates will be required to increase their costs to a level that makes adding to positions unappealing. That suggests plenty of scope for volatility. 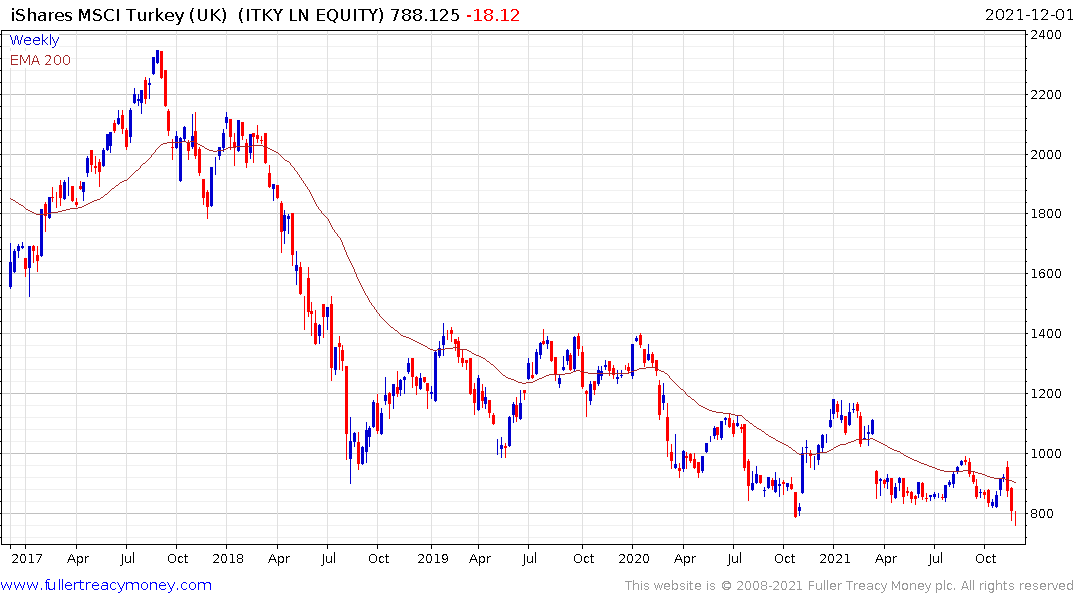 The iShares MSCI Turkey ETF has held a mild downward bias over the last four years and declined more than 20% from the November peak. Today’s upside key day reversal will need some follow through on the upside to confirm a low of at least near-term significance.

Turkey is the world’s 20th largest economy and has the 12th largest gold reserves. The central bank acquires all domestic supply of gold. Production is expected to increase over the next few years following a good-sized discovery earlier this year.

In 2020 production of 42 tons supplemented reserves. That might not be a lot of money for a central bank in trouble, but any liquidation of holdings to support intervention could cause short-term market volatility.

At present 5-year US Dollar denominated Turkish government bonds are trading at only 5 points below par. That’s for a yield of 7% which is considerably below where it was in 2020 and 2018. It suggests foreign investors have not yet deserted the market so gold liquidation is not a present threat. 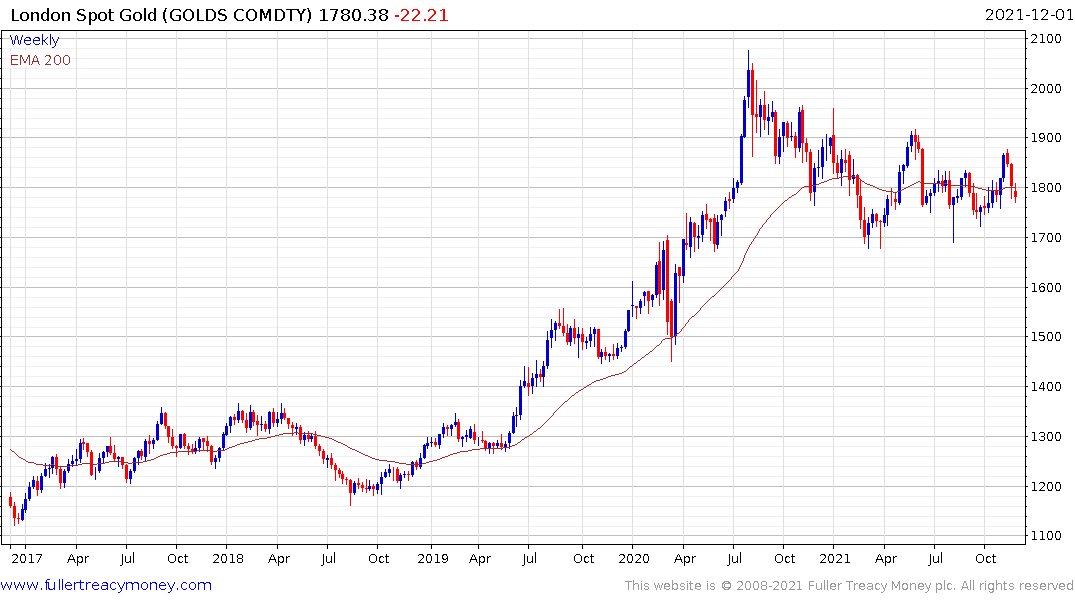 Gold continues to pause in the region of sequence of higher reaction lows and the psychological $1800 level.