Leveraged Loans Take a Much-Needed Breather
Comment of the Day

It’s crucial for the long-term health of leveraged loans, which have already surpassed junk bonds in magnitude, to allow investors to be more discerning. One of the most appealing parts of loans is that they’re supposed to have priority over traditional securities. But as Bloomberg News’s Sally Bakewell
and Kelsey Butler wrote last week, heavily levered companies have been tapping the loan market over and over again, securing $100 billion of so-called incremental debt this year because money managers were willing to acquiesce to almost all issuers’ demands. On top of that, a larger share of companies have loans as their only form of debt, which doesn’t do lenders any good if they go under.

It’s pretty obvious that this sort of behavior won’t end well. That’s why it might be a blessing in disguise that the market has taken a breather. “There’s no need to chase new issues,” Michael Nechamkin, co-chief investment officer at Octagon Credit Investors, told Butler and Jeannine Amodeo. The ones who pull back, they note, are those that aren’t desperate for financing but were hoping to lock in cheap borrowing costs in the once-hot market. As for those who can’t afford to drop out? They pay up — restoring some balance between buyers and sellers.

With over $7 trillion in negative yielding debt investors have been willing to forgo covenants to capture yield. That has been most acutely evident in the leveraged loan market where corporations have been binging on debt in order to fund buybacks and pay dividends. The logic goes that will reduce the weighted average cost of capital and therefore strengthen the balance sheet. However, that only works as long as business is going well. In times of stress dividends can be cancelled but loans need to be paid back which can be a problem when liquidity is tight. 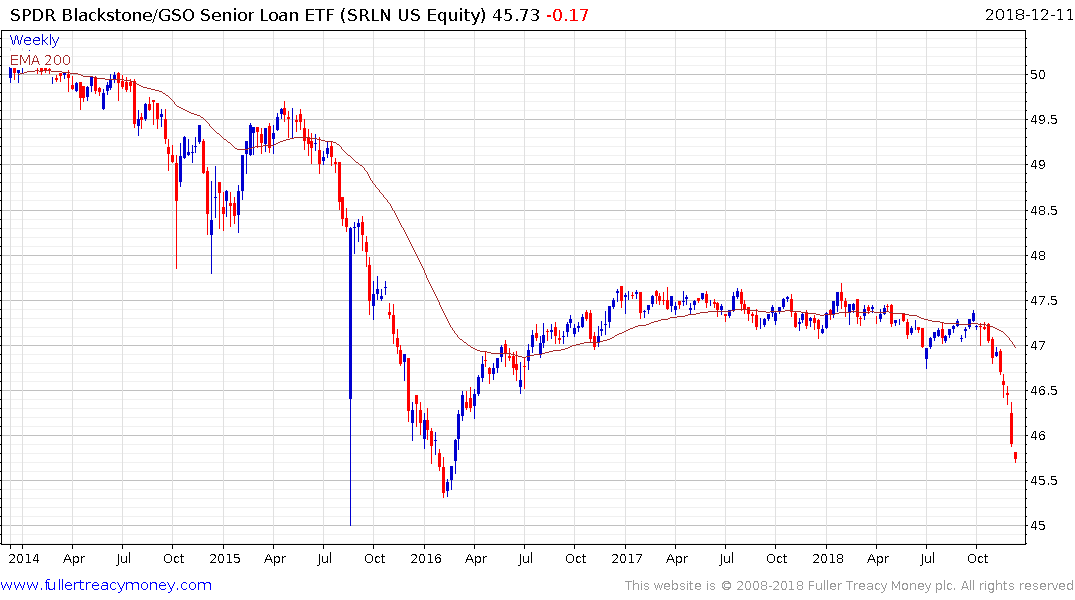 The SPDR Blackstone Senior Loan ETF broke down in early October with just about everything else. The timing of that move coincided with the breakout in high yield spreads which is unlikely to be a coincidence since they are both aimed at the same part of the market. The ETF is accelerating lower and a clear upward dynamic will be required to check momentum beyond a pause. 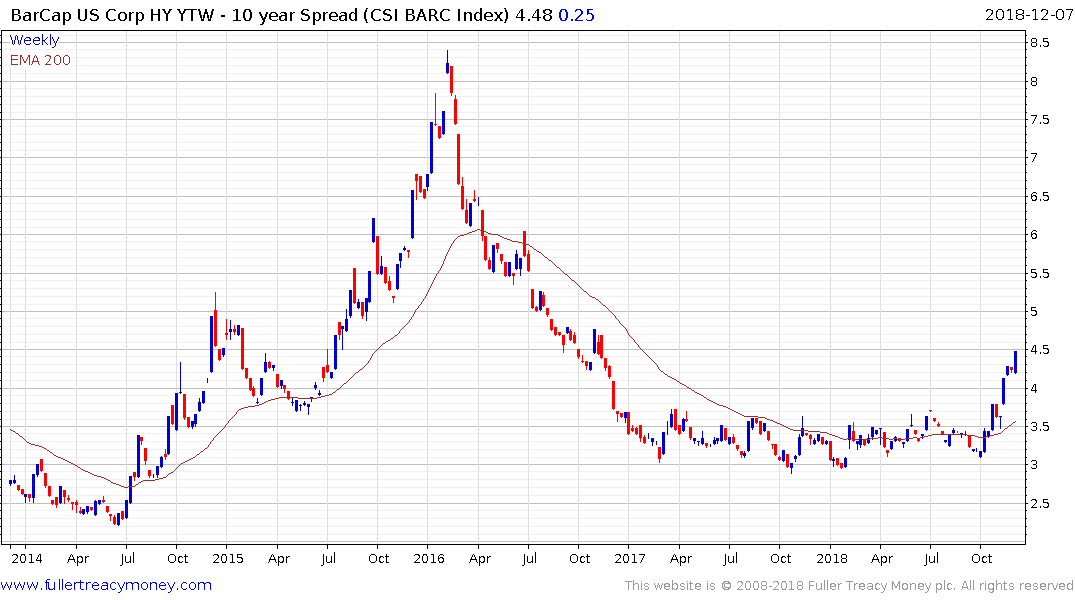 High yield spreads continue to trend higher while the absolute level completed a first step above the base in October and is trending higher. 10% has been area of support in both 2011 and 2016 and it will need to continue to hold if the current correction is to be contained, rather than expanding into a crisis.