Late Planting and Projections of 2019 U.S. Corn and Soybean Acreage
Comment of the Day

Late Planting and Projections of 2019 U.S. Corn and Soybean Acreage by Eoin Treacy

The flooding which left much of the USA’s midwest under water for much of February has had an effect on planting has represents a catalyst for short covering as a number of grains and beans are in the region of multi-year lows.

Meanwhile the spread of the armyworm moth in Southern China is a threat to soybean, wheat and rice production and there is not much that can be done about it. Here is a section from a press release from the USDA:

The Fall Armyworm (FAW; Spodoptera frugiperda) – a crop-eating pest – first detected in China in January 2019 has spread across China’s southern border and currently impacts about 8,500 hectares (127,000 mu) of grain production in Yunnan, Guangxi, Guangdong, Guizhou, Hunan, and Hainan provinces. Officially, Chinese authorities have employed an emergency action plan to monitor and respond to the pest. FAW has no natural predators in China and its presence may result in lower production and crop quality of corn, rice, wheat, sorghum, sugarcane, cotton, soybean, and peanuts among other cash crops. Experts report that there is a high probability that the pest will spread across all of China’s grain production area within the next 12 months.

China has imposed tariffs on US grain but it does appear likely they are going to need supply from somewhere to meet domestic demand. That represents an additional catalyst for short covering. 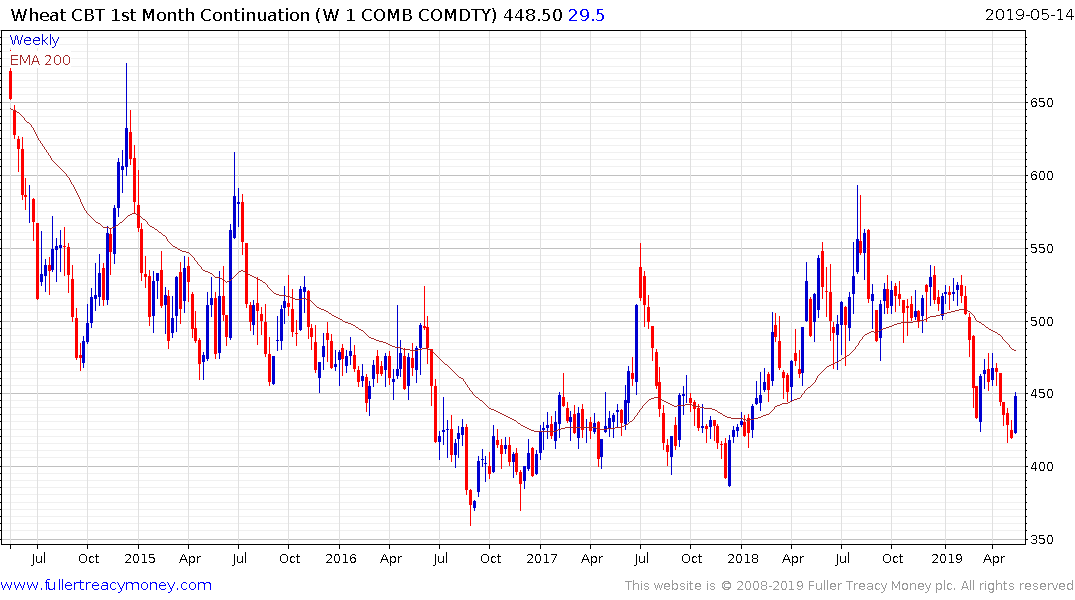 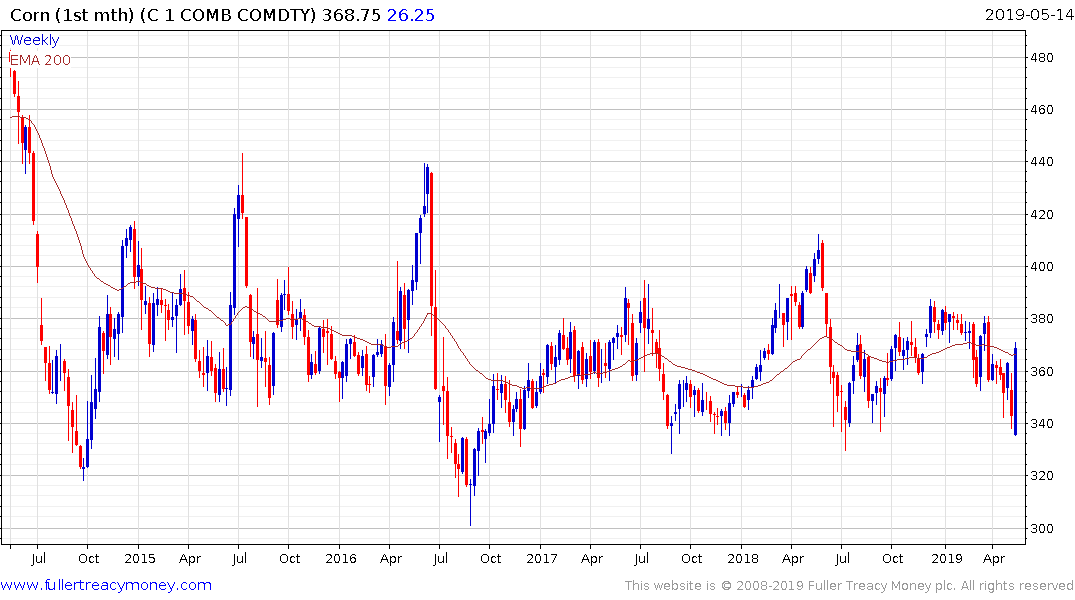 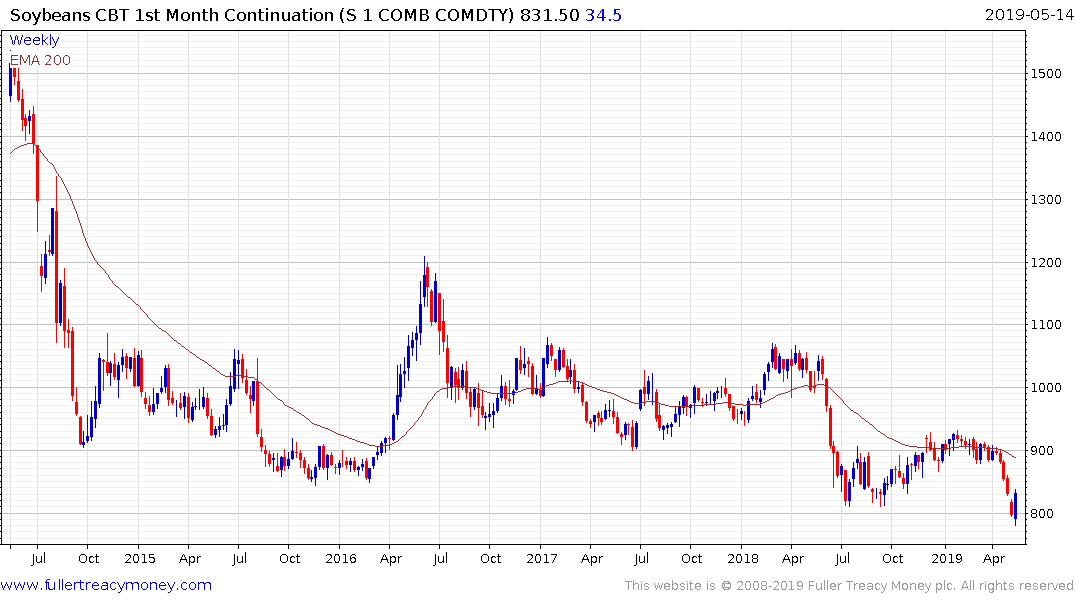 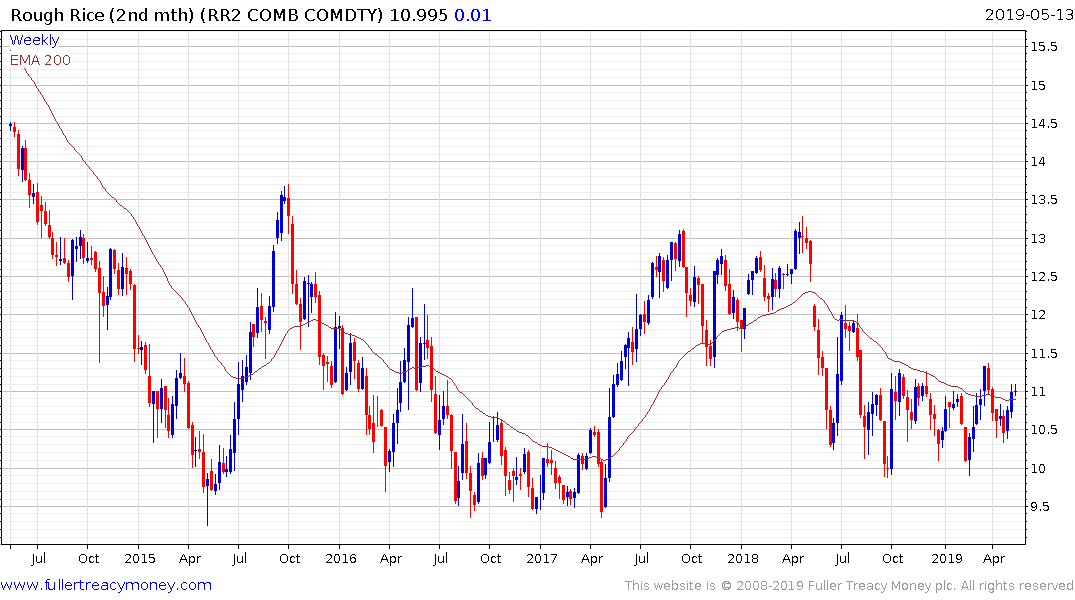 Rough rice is right at the upper side of a developing 10-month range but has not yet mustered the wherewithal to sustain an upward break.