The Fed is meeting over the next two days and we may hear something about how balance sheet rationalization. Meanwhile the S&P500 is trading above 2500 and the Nasdaq-100 is trading above 6000 while an increasing number of Asia Pacific markets are breaking on the upside as well.

The major constituents of these indices from the tech sector, namely Apple, Amazon, Alphabet, Facebook and Microsoft have considerable influence on the ability of these indices to continue to extend their breakouts so I thought it would be instructive to highlight their current chart patterns. 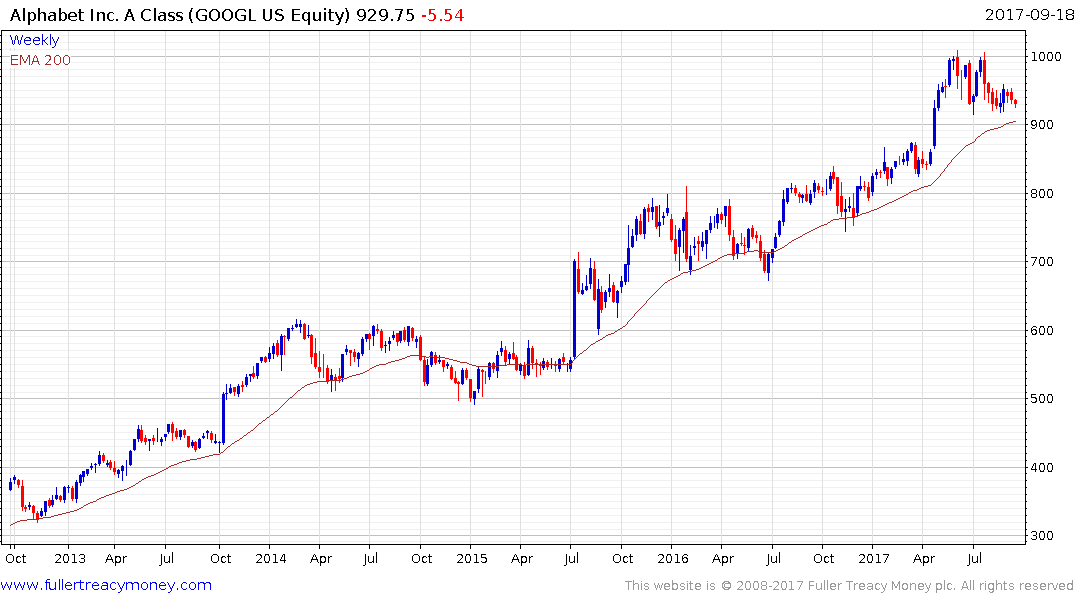 Alphabet (Google) has predictably paused in the region of $1000. Over the last seven years it has posted a number of $100 pullbacks and this multi-month consolidation is no different. A sustained move below $900 would be required to even begin to question the consistency of what remains an impressive medium-term uptrend. 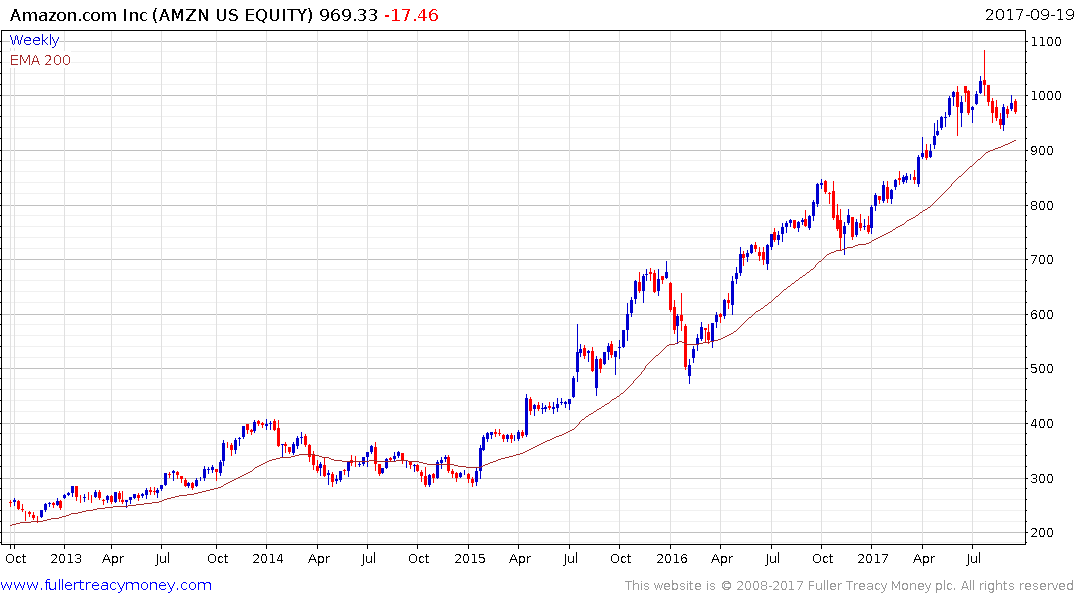 Amazon has also paused in the region of $1000. Over the course of its advance it has been prone to accelerations which have been followed by steep declines towards the trend mean. On this occasion it has mostly ranged, which has allowed the overextension relative to the mean to be unwound with undue volatility. As long as it continues to find support in the region of the MA, the benefit of the doubt can continue to be given to the upside. 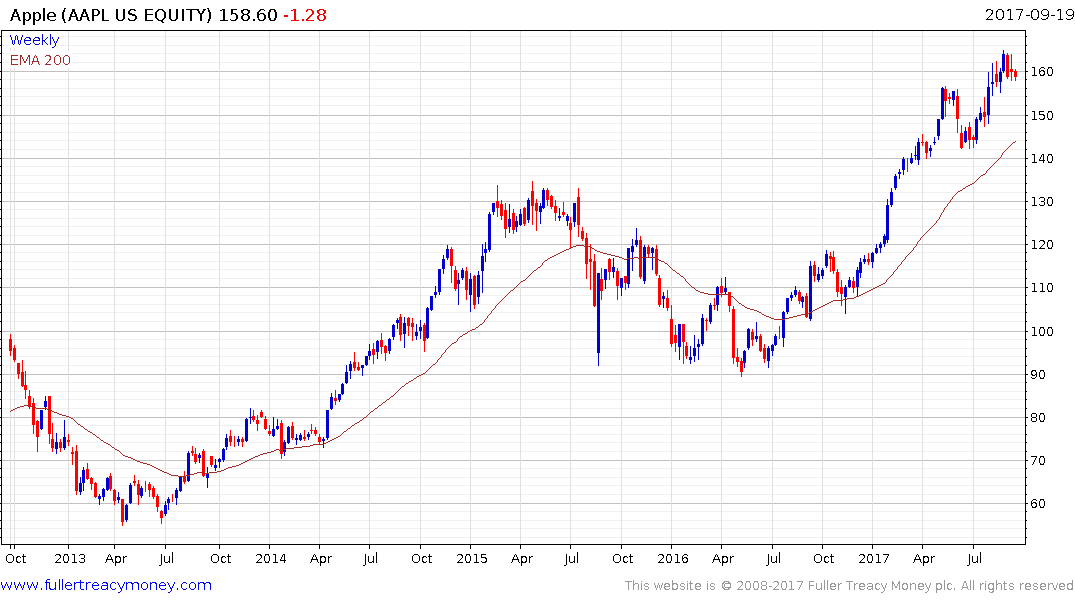 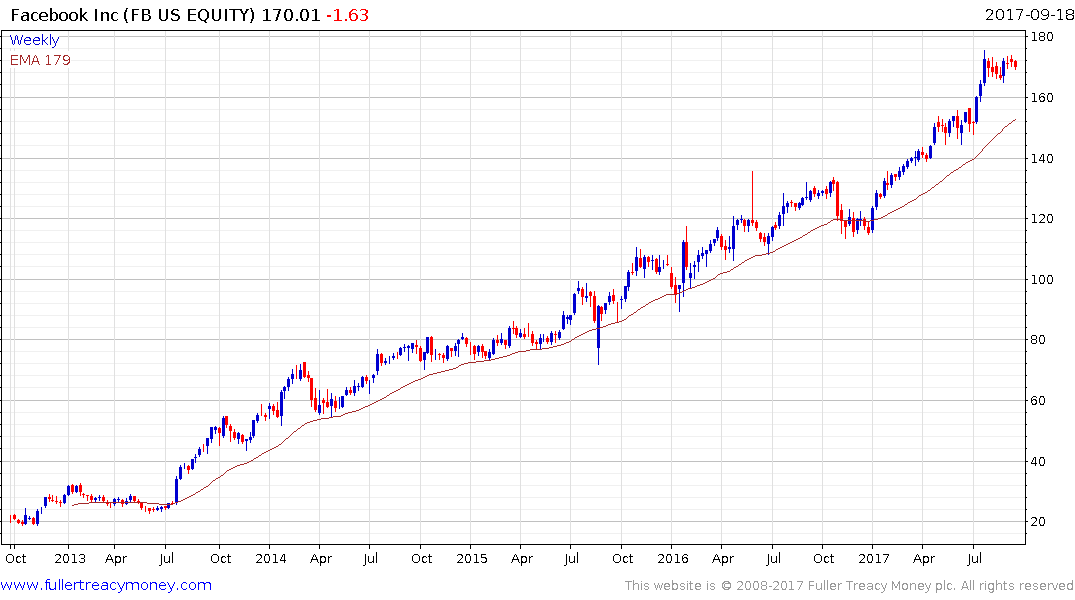 Facebook remains in an orderly uptrend and while somewhat overextended relative to the trend mean, a sustained move below it would be required to question medium-term scope for additional upside. 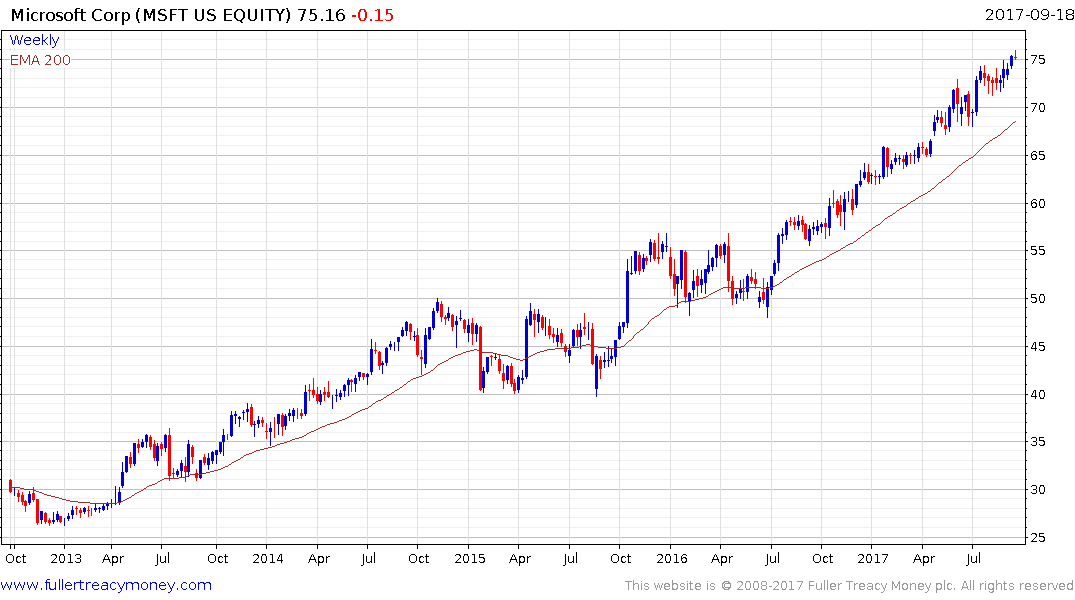 Microsoft, having adopted a subscription model for its software, has developed a much more consistent uptrend; characterised by a yearlong progression of higher reaction lows.

From the above charts, we see that Facebook and Microsoft are currently the best performing mega-cap technology shares. So, we should ask what sector is driving the Nasdaq-100 to new highs? 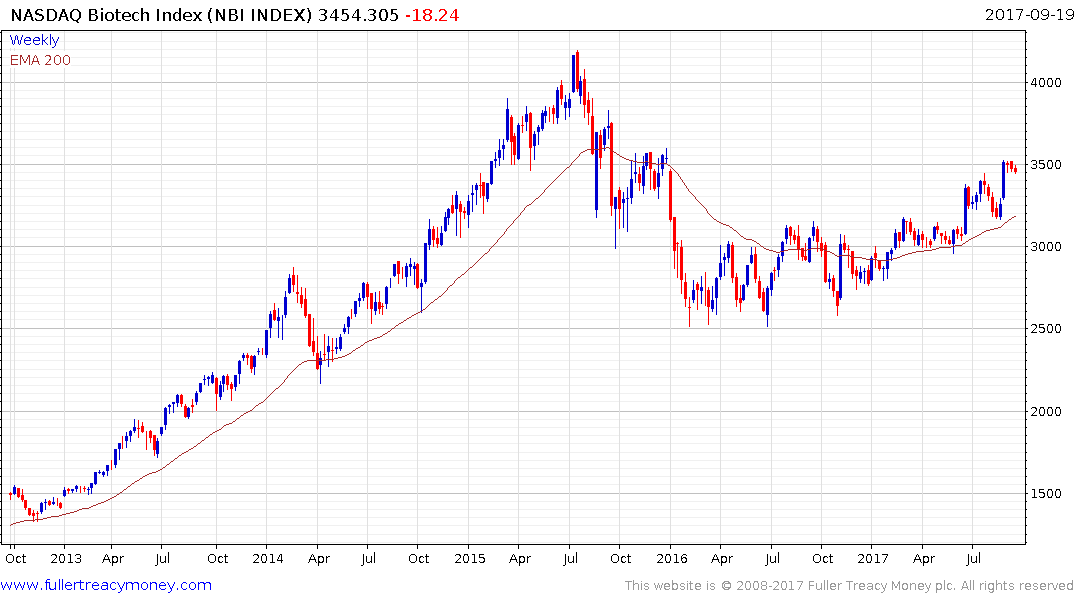 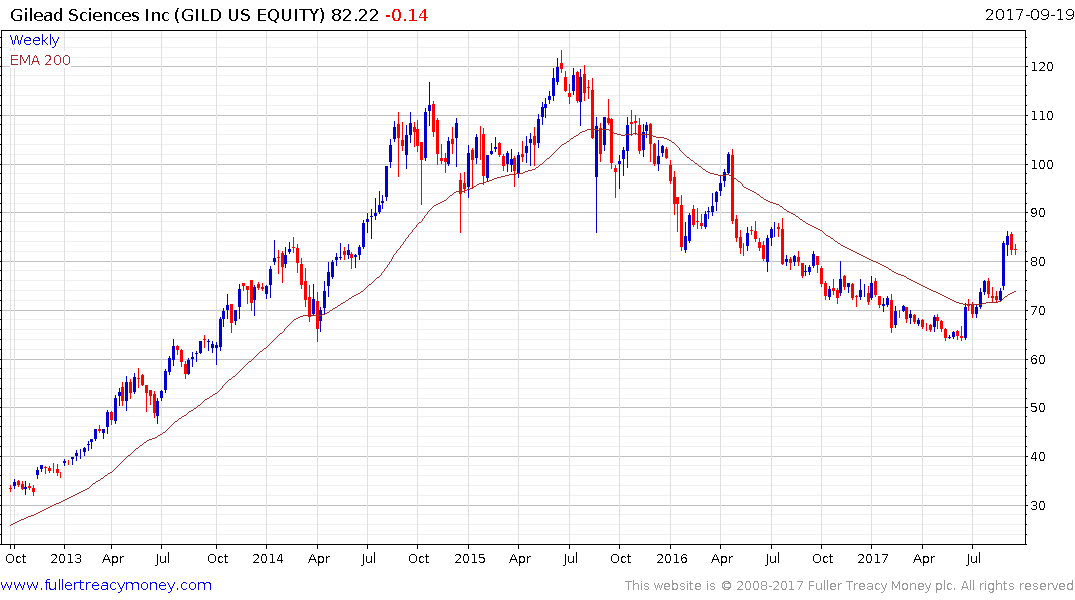 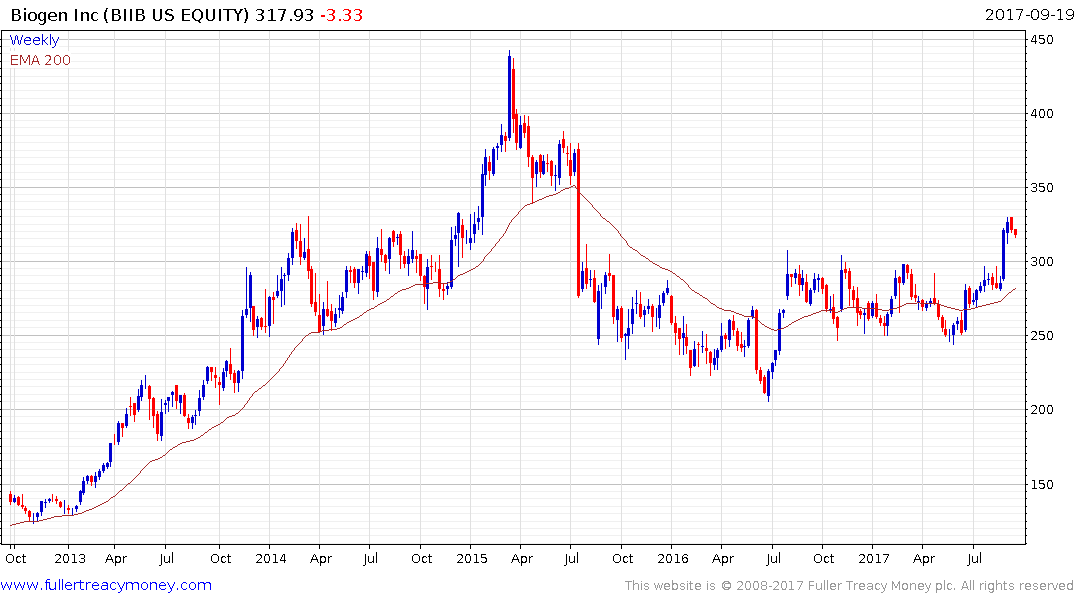 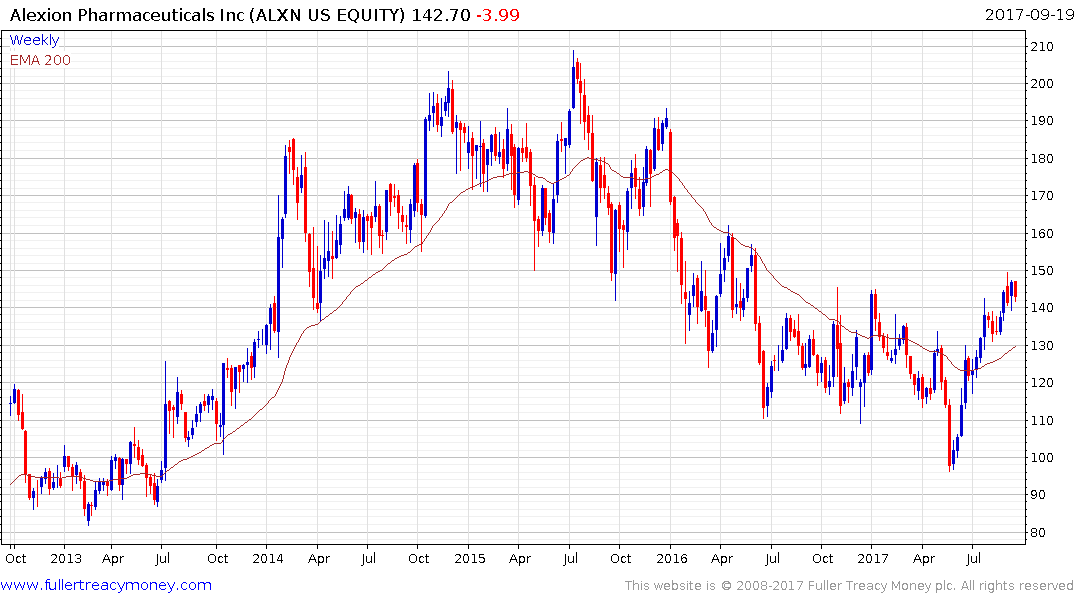 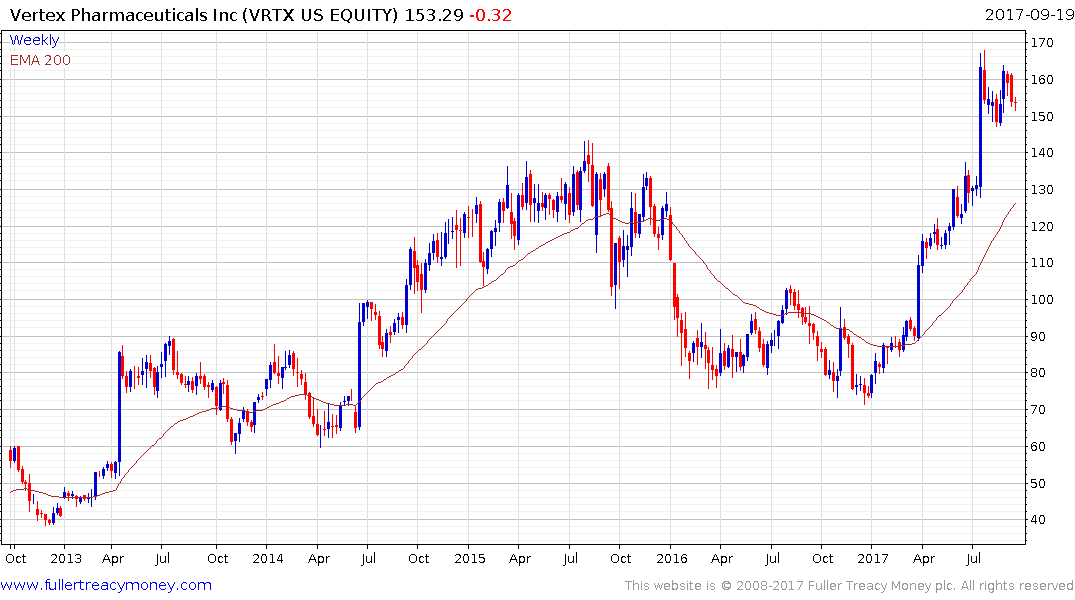 Gilead Sciences, Biogen, Alexion Pharmaceuticals and Vertex Pharmaceuticals have been among the best performers over the last three quarters. Meanwhile Amgen and Celgene both broke out to new all-time in the last couple of weeks. 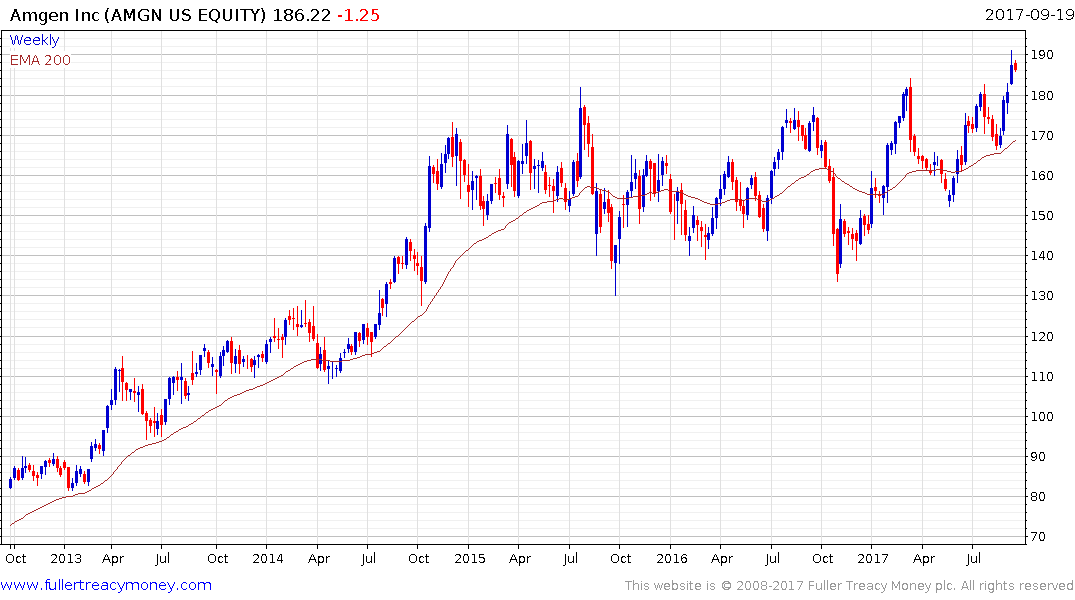 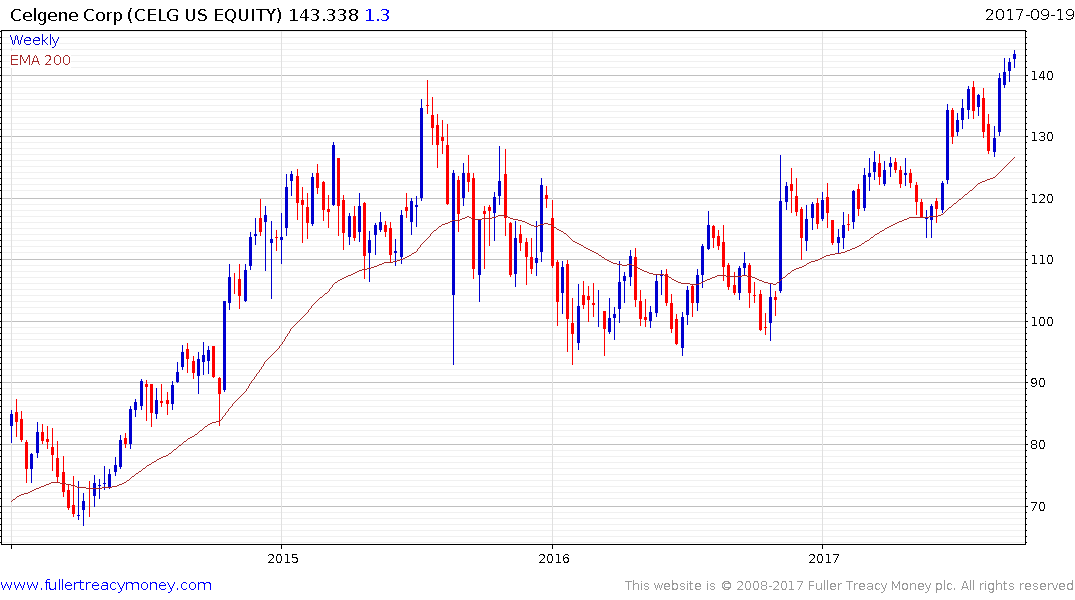 This lends further evidence to the view a rotation has occurred within the major indices.