In moving from Washington to Frankfurt, Lagarde will be tasked with driving monetary policy in a 19-nation economy which Draghi has already signaled will need more help, likely in the form of lower interest rates and possibly with the resumption of quantitative easing. Inflation is running at barely half the ECB’s goal of just under 2% despite years of negative rates and 2.6 trillion euros ($3 trillion) of bond purchases.

Investors will likely bet that as a seasoned crisis-fighter, Lagarde will share Draghi’s taste for aggressive and innovative monetary policy, especially as her appointment means the more hawkish Bundesbank President Jens Weidmann misses out.

Financial markets are already pricing an ECB rate cut by September, in line with predictions by ECB watchers at Bloomberg Economics and Goldman Sachs Group Inc.

Lagarde last week described the world economy as hitting a “rough patch” and advised central banks to continue to adjust their policies in response. In June 2014, she said she would “certainly hope” the ECB would conduct QE if inflation stayed sluggish -- months before it announced it would do so.

Christine Lagarde fits the bill of a credible dove. Her candidacy ensures the ECB is moving back toward quantitative easing and negative interest rates. That’s good news for the liquidity fuelled bull market. 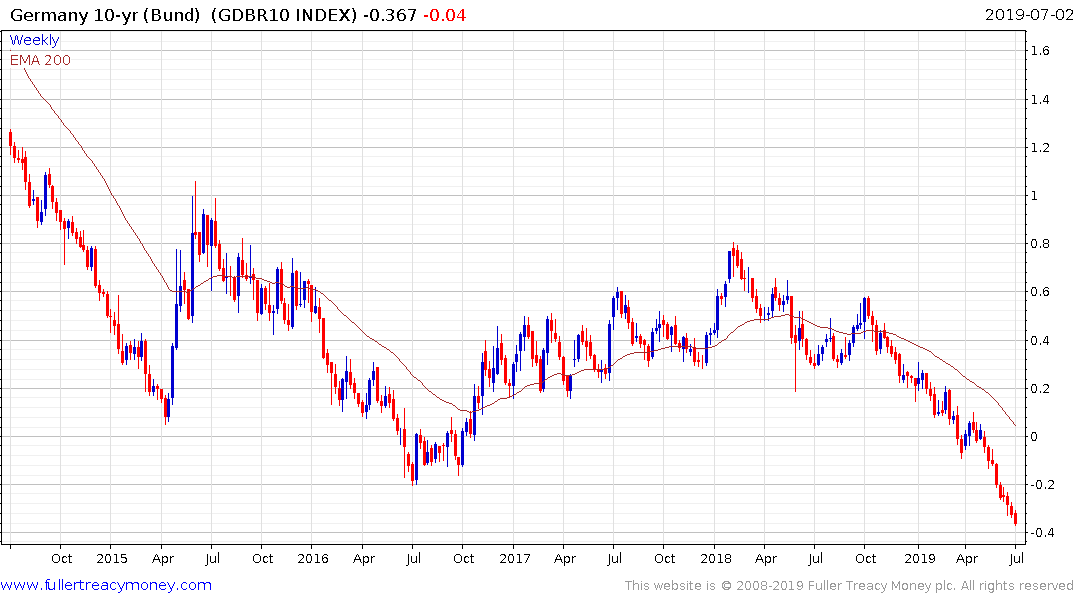 The biggest beneficiary is likely to continue to be the bond market. Bund yields continue to extend their compression. While short-term overbought, a clear countertrend dynamic will be required to check momentum. 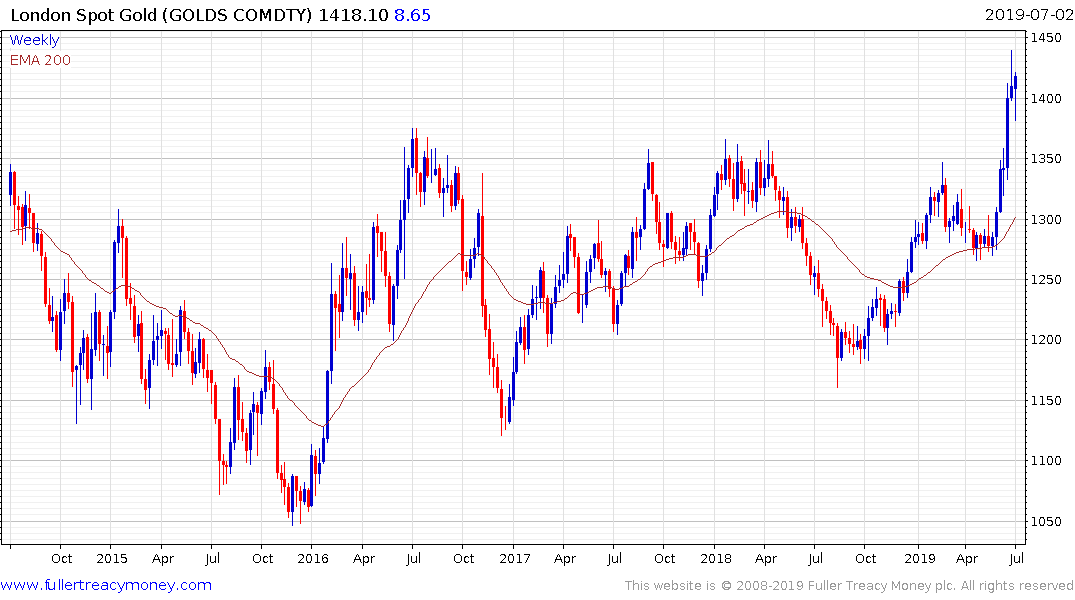 Further damage to the purchasing power of fiat currencies is a net positive for gold, which may be forming a first step above its base. 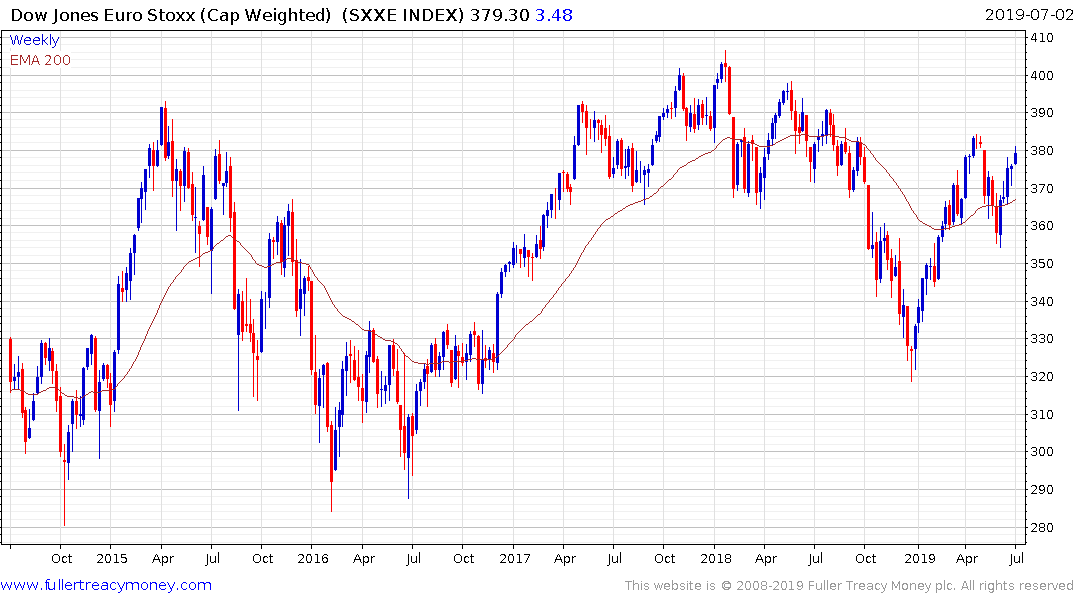 The Euro STOXX Index continues to firm from the region of the trend mean. 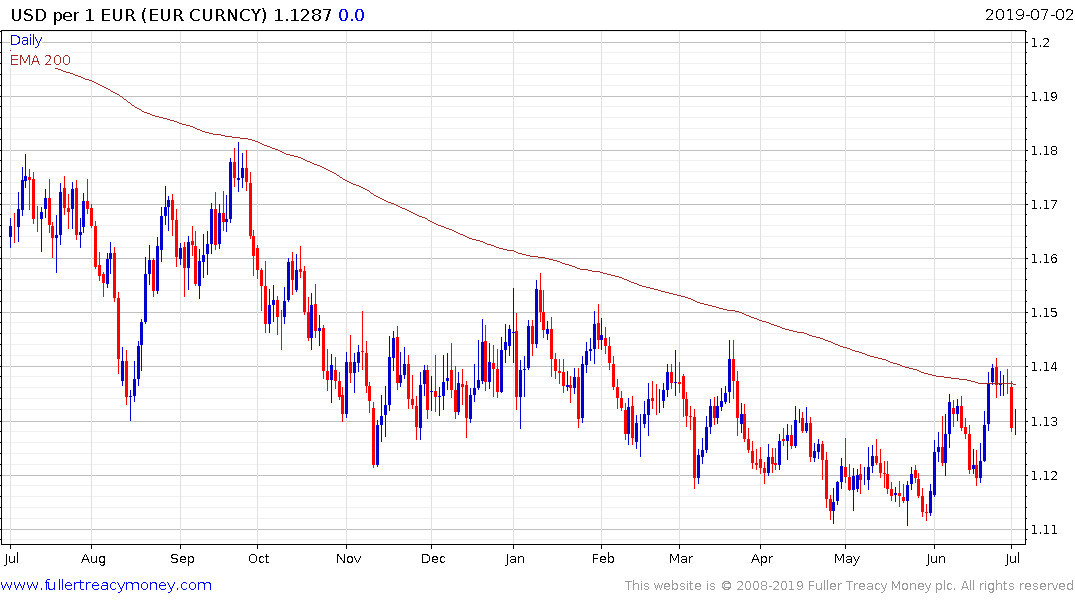 The Euro pulled back yesterday from the region of the trend mean.  A sequence of higher highs and higher lows is evident since late May. A sustained move below $1.12 would be required to question recovery potential.