The flood of promised money initially put pressure on the euro, before month-end trading weakened the dollar and sent the common currency up as much as 0.9% to $1.0972. European stocks extended losses.

The ECB lowered the interest rate on targeted longer-term refinancing operations to 50 basis points below the average interest rate on the Eurosystem’s main refinancing operations prevailing over the same period. Italy’s front-end bonds, which reflect default risk, are most sensitive to easier lending conditions to banks, given domestic lenders tend to dominate the market.

The ECB came good on its attempts to make liquidity available to Eurozone banks. However, the onus for ensuring anyone who borrows money from a bank will be able to service the debt falls on the economy. With a record contraction and domestic consumption that was paltry ahead of the coronavirus recession banks are not going to lend. Instead they are going to park any additional funds in the bonds of the one country that doesn’t need them. Germany. 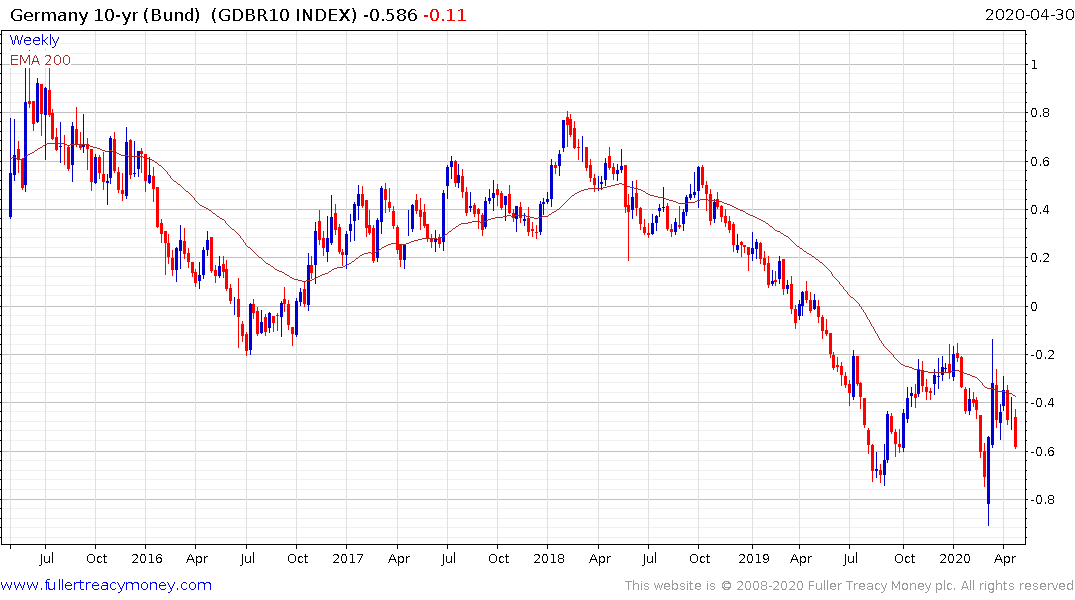 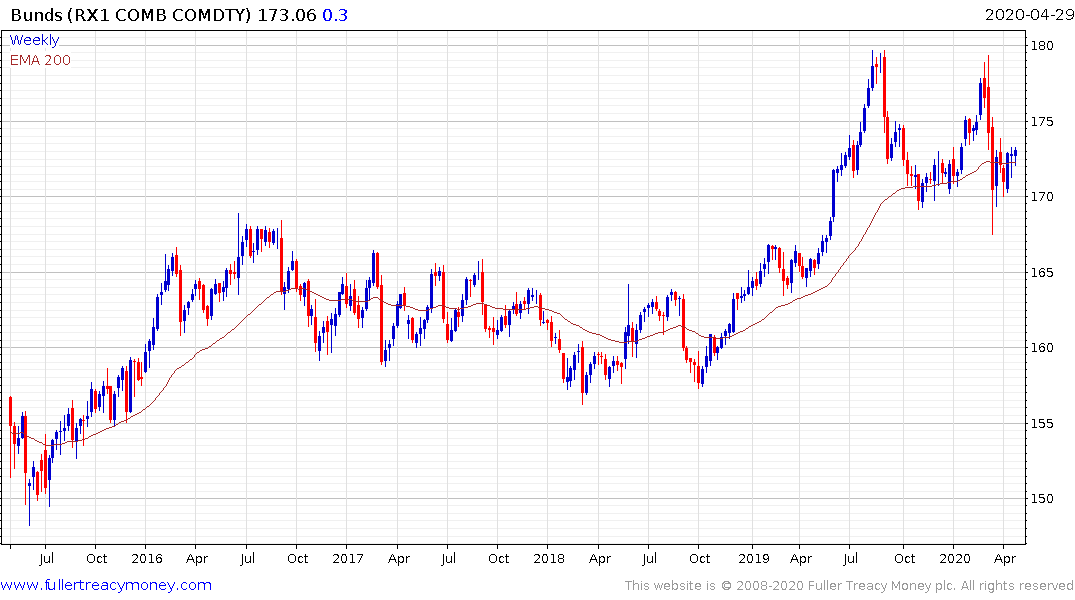 German yields contracted again today. Bund future has been ranging mostly between 170 and 180 since August. With a failed break on the downside a month ago, the price is now rebounding back towards the upper boundary. 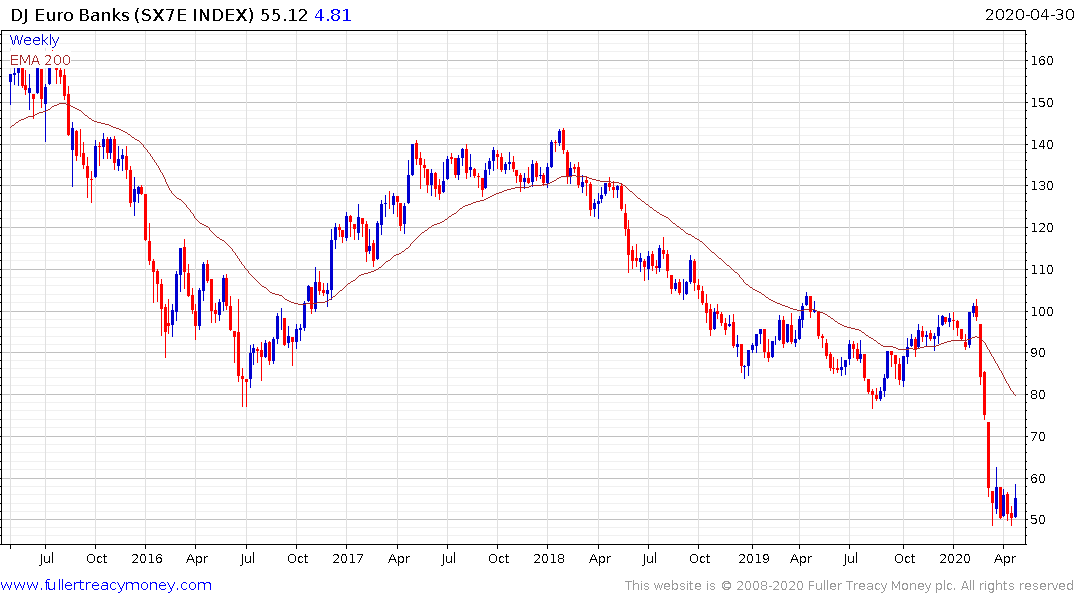 Meanwhile Italian debt was unchanged today and the Euro Stoxx Banks Index pulled back from the upper side of the short-term range.