South Korea’s won has surged through the pack to become the best-performing Asian currency for December after being the outright worst over the previous 11 months.

The catalysts behind its revival: the agreement of an initial trade deal between the U.S. and China -- South Korea’s two largest trading partners -- and improving local data that suggest that economy is turning the corner following a series of interest-rate cuts.

The won has jumped 1.7% this month after President Donald Trump said Dec. 13 the U.S. and China had reached a phase-one trade deal, helping to limit any further escalation of the dispute that has pummeled emerging-market assets this year.

Investors are clearly willing to give a trade deal the benefit of the doubt and that is now being reflected in the outperformance of Asian and European markets relative to Wall Street. The recent weakness of the US Dollar is an additional indication of capital moving out of US assets. 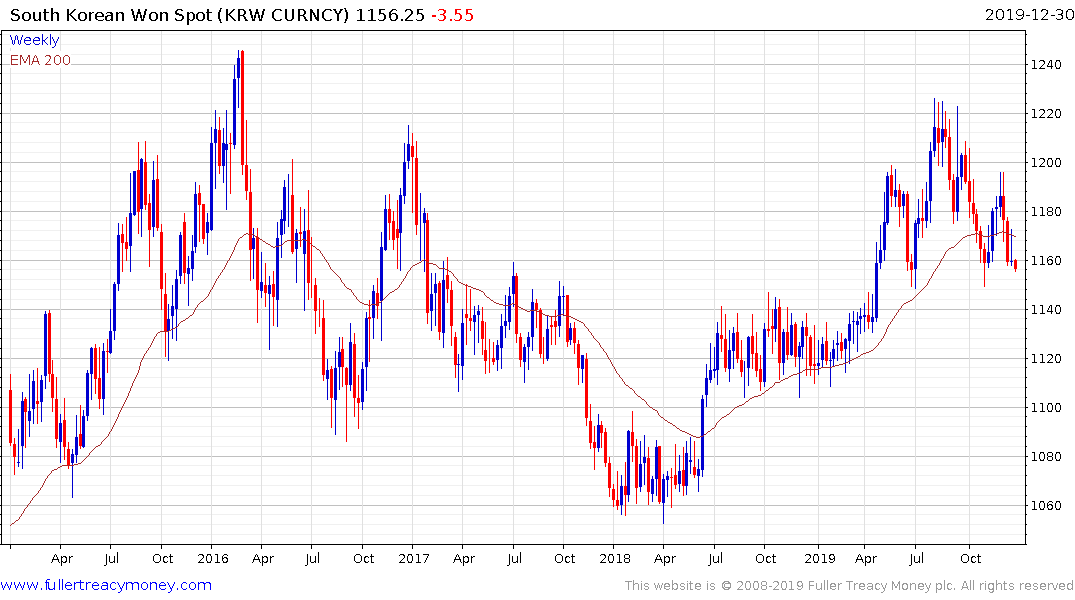 The Won continues to hold its move above the trend mean and a sustained move below it would be required to question current scope for continued upside. 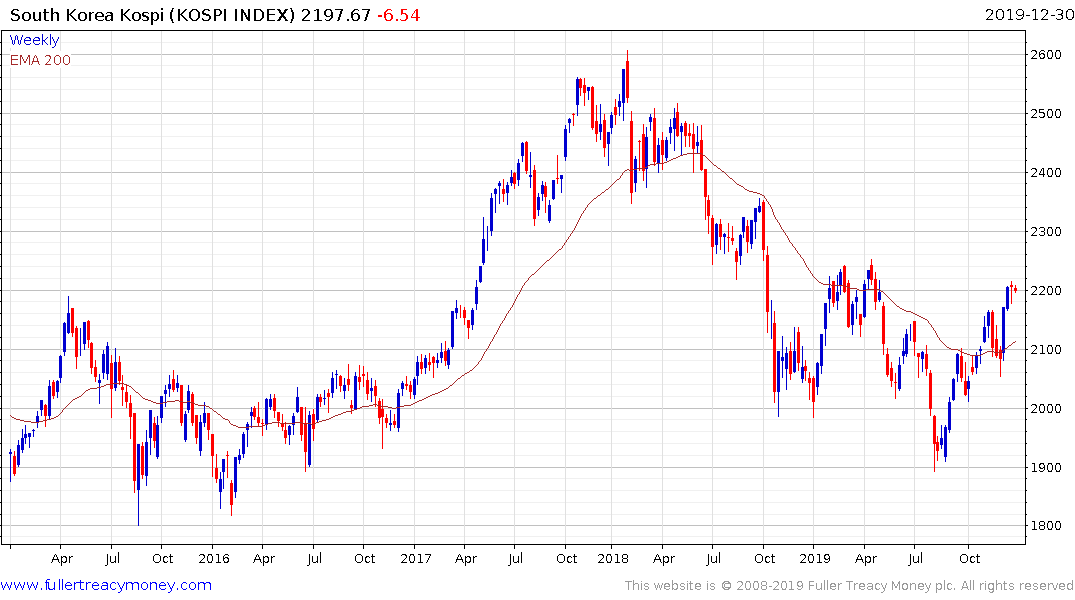 The Kospi Index rallied in December to break a two-year downtrend. 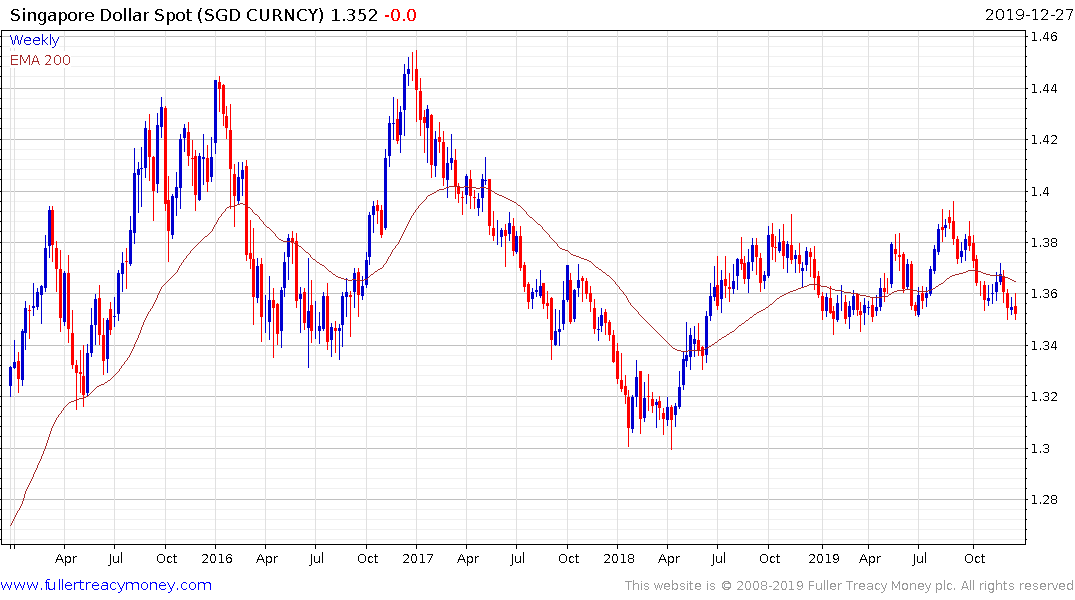 The Singapore Dollar rallied today to test its highs for the year. A sustained move through $1.3450 would signal a return to demand dominance beyond the short term. 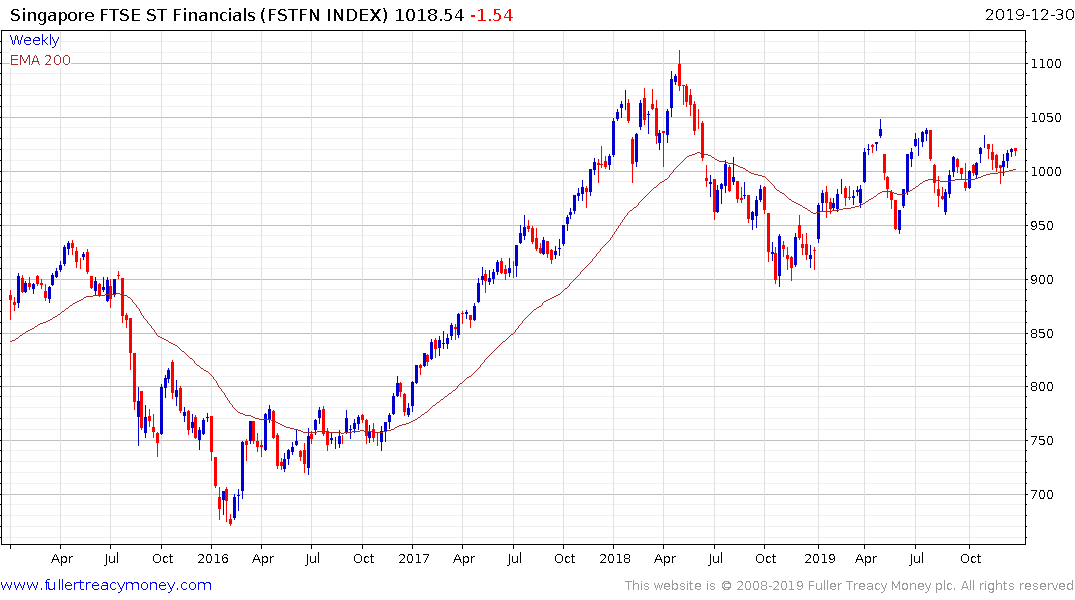 The Strait Times Financials Index has been ranging with an upward bias for most of this year and a break above 1035 would reassert medium-term demand dominance. 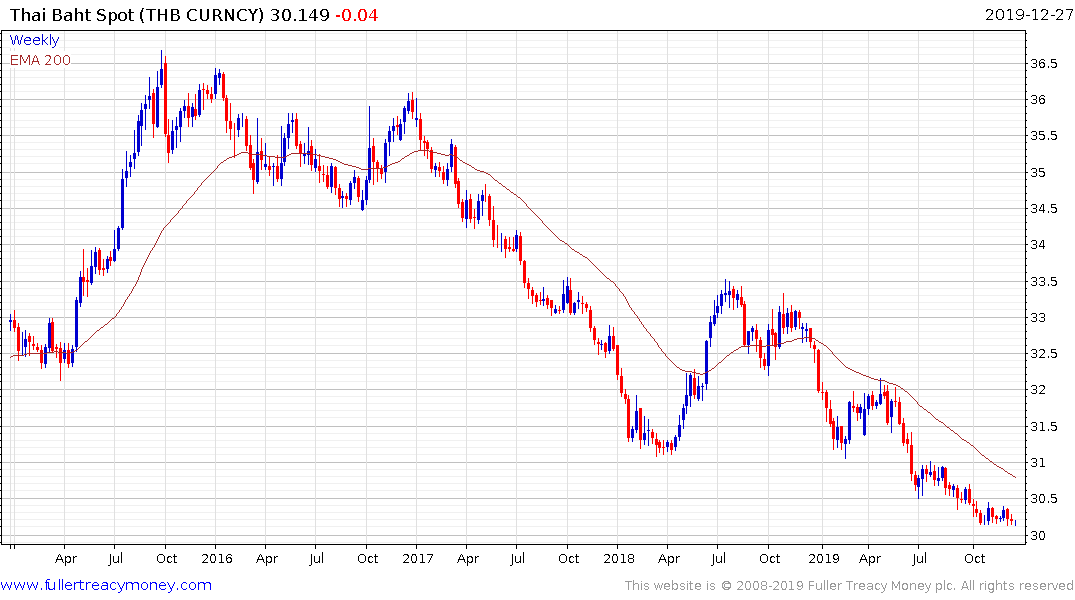 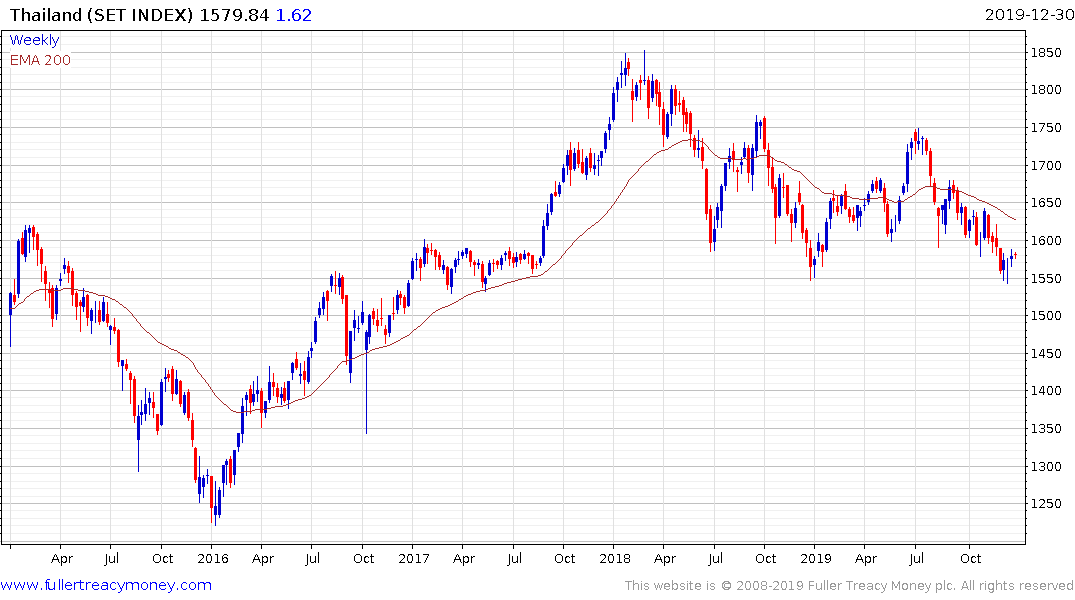 The Thai Baht continues to extend its steep but consistent uptrend. That strength has acted as a headwind for the stock market in nominal terms but it is at least steadying in the region of the lower side of its range. 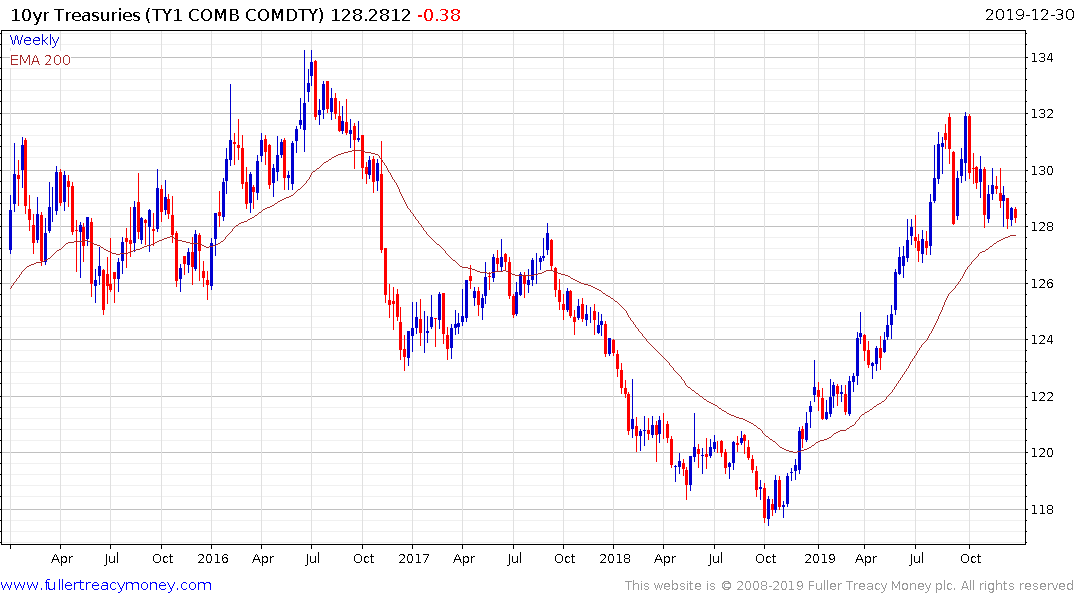 Meanwhile US Treasuries are right in the region of their trend mean and will need to bounce soon if demand is to return to dominance. With less demand for a haven both the US Dollar and Treasuries are susceptible to selling pressure.