The International Monetary Fund said in an April 17 report that South Korea’s exchange rate should continue to be market- determined, with intervention limited to easing disorderly market conditions. The government said in a comment attached to the report that intervention has been “restricted to smoothing operations, in a limited way in both directions.”

The level at which South Korean authorities are expected to intervene to limit gains in the won will likely be altered to near 1,000 per dollar from 1,050, as exports improve and on inflows into won-denominated assets, Jeong Mi Young and Jeon Seung Ji, Seoul-based analysts at Samsung Futures Inc., wrote in a report yesterday.

The South Korean Won traded as strong as KRW900 before the financial crisis and dropped by 60% in 2008. It has regained much of the decline and at least some of this outperformance has been attributable to the strong results reported by Korea’s impressive export sector. 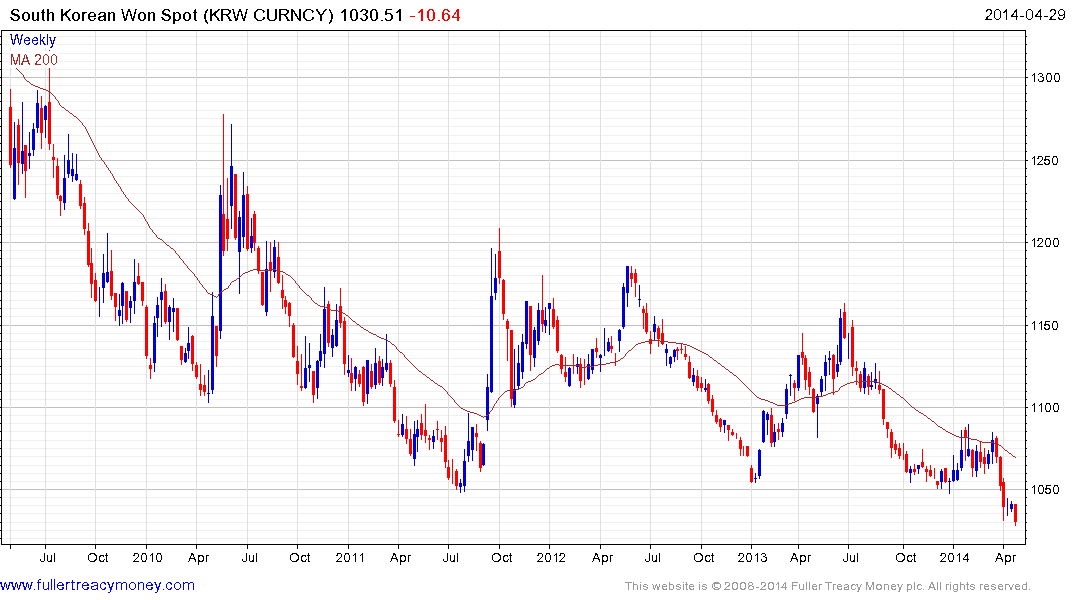 The Won is somewhat overbought in the short-term, so some consolidation is likely, but the Dollar would have to sustain a move above KRW1070 to signal a return to demand dominance beyond the short term. 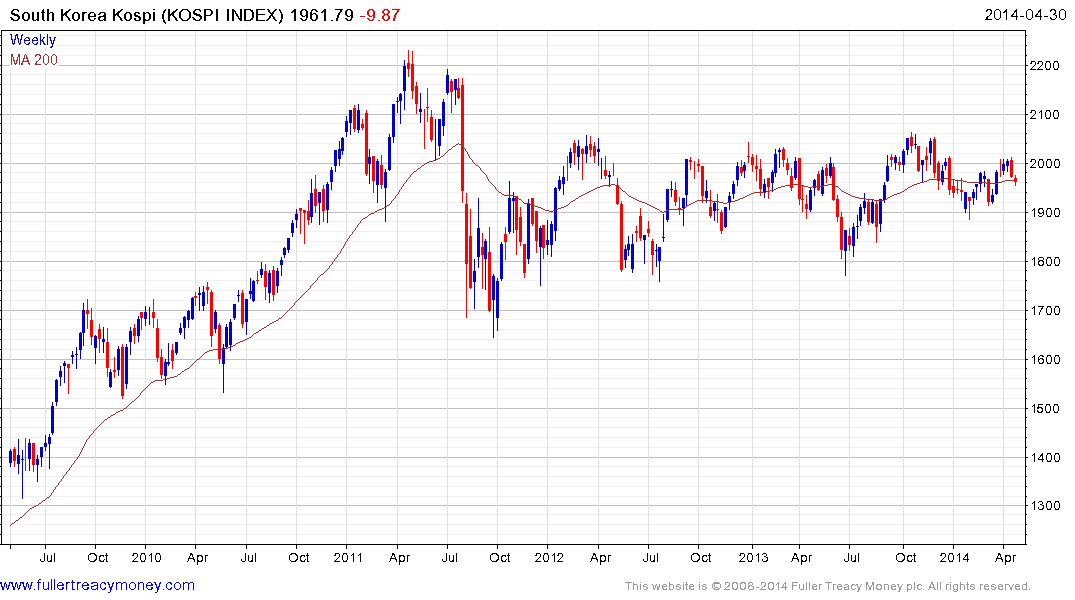 The Kospi Index (P/E 31.5, DY 1.7%) has been ranging below a Type-2 top, as taught at The Chart Seminar, since 2011. While a mild upward bias is evident within the range, a sustained move above 2100 will be required to suggest a return to medium-term demand dominance.